Good morning. It’s Tuesday. Today we’ll look at how the shelter system in New York is struggling to find places for migrants who have poured in, some of them on buses from Texas. 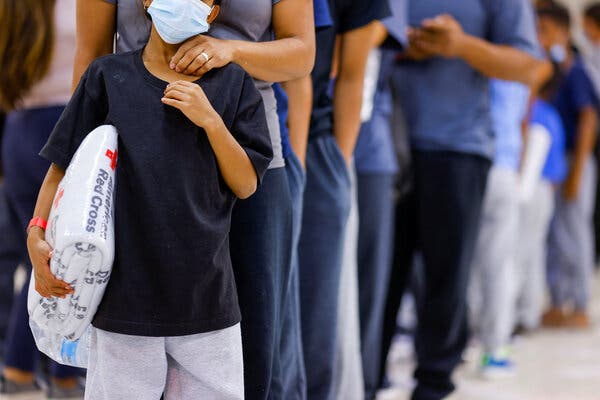 New York City’s shelter system is so overwhelmed that it is opening emergency shelters — including several barrackslike, winterized tents the size of airplane hangars. I asked Andy Newman, who writes about social services and poverty in New York, to bring us up-to-date on how the shelter system is trying to cope with the flood of migrants.

The mayor is trying to scale up the shelter system to house the new arrivals. How long can he continue to do that?

It’s unclear. The city is really in uncharted territory here.

Over the past week, around 300 migrants per day arrived. That’s enough people to fill a good-sized shelter every single day.

There are now over 10,000 migrants in shelters. The city has opened 15 shelters last week, mostly in hotels. I don’t know how long that pace can be sustained.

But the mayor said last week that the city could eventually get 50,000 to 75,000 migrants. That would be equivalent to the entire homeless shelter population of New York City. Doubling the size of the shelter system, which costs the city about $3 billion a year to run, would be a very large task, presumably one requiring a lot of help from the federal and state government.

The mayor is apparently exploring housing homeless people on cruise ships. Is that a realistic option? Where would the ships come from?

I don’t know how realistic it is, either politically or logistically. Our colleague Emma G. Fitzsimmons reported last week that the mayor’s chief of staff, Frank Carone, talked with Norwegian Cruise Line about housing migrants on one of its ships.

The cruise-ships-as-homeless-shelters idea had been floated by the administration of Mayor Michael R. Bloomberg in 2002, but Bloomberg backed down in the face of criticism.

You wrote that as recently as 2019, the city’s homeless shelters held 4,000 more people than they do now. If that’s the case, why is the system now stretched so thin?

There are a bunch of reasons. It’s important to understand that the “homeless shelter system” is not a monolithic thing. It’s hundreds of buildings rented from dozens of landlords, buildings in all kinds of shape, and there are many different types of shelters.

It’s also not a static thing. When the city no longer needs a shelter, it often closes it, and the building goes back to the landlord. If the city happens to need that building a year later, it may no longer be available. Even in normal times, the city is opening and closing shelters on an ongoing basis in response to fluctuations in the homeless population and other factors.

On top of that, the administration of Mayor Eric Adams’s predecessor, Bill de Blasio, made policy decisions to get out of certain types of buildings that the city was using for shelters that were considered substandard. They stopped housing families in hotels, which typically have fewer amenities than apartments in family shelters. (Imagine if you and your kids had to live for a year in a cheap hotel room and you get the idea.) They stopped using what are known as cluster sites, which are buildings that are mostly regular apartment buildings that have a few units used to house homeless people. Those buildings typically lack the services that many homeless people need.

The de Blasio plan calls for replacing those units with 90 dedicated full-time shelter buildings, to be finished by the end of next year. Some of those are being delayed. Several of them were canceled after community opposition.

All of which is to say that it’s not like the city has a bunch of empty shelter buildings that it can just open up. Nor is opening a new shelter as easy as flipping a switch.

By the time Adams took office in January 2022, the homeless shelter population was near its lowest level in a decade. There were 11,000 fewer people in family shelters in January 2022 than there were in January 2020. That drop is mostly attributed to the pandemic eviction moratorium, which kept thousands of families from losing their apartments.

So by January 2022, the family shelter system had gotten considerably smaller because it needed to accommodate fewer people, which made it that much harder for the city to quickly scale things up when the migrants started pouring in during the spring.

We’ve heard a lot about migrants arriving in buses from Texas. But they are not the only people in New York who need shelter. How has the end of the pandemic eviction moratorium added to the pressure on the system?

For several years, the length of time that people have stayed in shelters before being moved into permanent housing has been growing. The average is now over 500 days in both the single-adult and family shelters.

The reasons for this are numerous and include bureaucratic delays in getting into housing-subsidy and voucher programs, the chronic shortage of apartments and staffing shortages in the city offices that go after landlords who illegally refuse to accept vouchers.

As you can imagine, the addition of 10,000 migrants to the system did not make any of these problems any less pressing.

There have been some complaints from New Yorkers who have been stuck in shelters for months that the migrants are getting all the attention and relegating them to second-class status — an underclass within an underclass. The migrants have certainly been getting most of the press coverage. I don’t know if they are getting special treatment in shelters, though. Judging by stories told to me by advocates for the migrants, many of them are being treated just as poorly as the general shelter population.

Enjoy a mostly sunny day near the low 70s. The evening is mostly clear, with temps dropping to around the mid-50s.

Five years before Brian died, we had enough tickets to fill an entire section at Citi Field. He was in the 20th row; I was in the ninth. It was the upper deck, and we were lit. Brian had brought a broom to the game because he thought the Mets were going to sweep the series.

In the sixth inning, I looked behind me and saw his arm cocking back and forth, as if he were going to throw the broom toward me. I was worried he might actually do it.

The people in the 11 rows between us were also beginning to notice what was going on. As soon as Brian saw he had an audience, his bright blue eyes widened.

The broom left his hand in slow motion. It spiraled over the awed faces of people who looked like children watching fireworks and then hit the palm of my hand.

My fingers clenched around the bristles. The entire section cheered.

An hour later, the Mets completed their sweep of the Nationals. 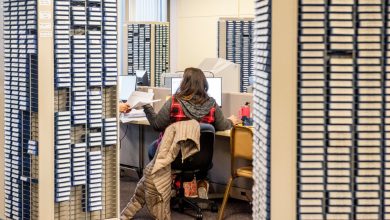 How a Cyberattack Plunged a Long Island County Into the 1990s 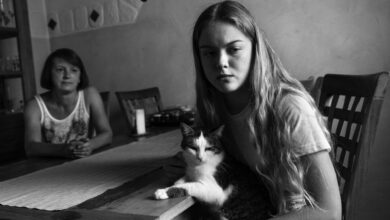 Witness to the Massacre in Mariupol 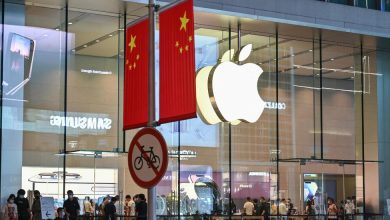 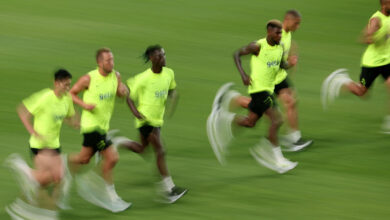