The United States and its European and Asian allies are at a pivotal point this week on sanctions on Russia and the urgent issue of energy prices as they discuss how to increase punishments on Moscow at the United Nations General Assembly in New York this week.

Finance ministers from the Group of 7 nations have formally supported the concept of a price cap on purchases of Russian oil, aimed at reducing the revenue that Russia gets from oil and squeezing its economy further as President Vladimir V. Putin continues his war in Ukraine.

But officials from those nations have yet to finalize a mechanism for the price cap or decide on the price itself, which is difficult to do because of the complexities of energy markets.

American and European officials want to avoid sending energy prices soaring before the arrival of winter. European leaders are already grappling with high energy prices and their potential impact on domestic politics. Mr. Putin has cut off some natural gas exports to European countries, in what the Biden administration calls a “weaponization” of energy supplies.

U.S. officials and their partners are also expected to try to persuade countries outside the Group of 7 to abide by whatever price cap is set. That includes China, India and Turkey, as well as other countries in Asia, Africa and Latin America.

“The oil price cap — if that’s going to work at all — is dependent on these countries’ willingness to follow the rules established by the West,” said Maria Snegovaya, a postdoctoral fellow at Georgetown University who has written about sanctions on Russia.

Some U.S. officials say it might not be necessary to get big purchasers like China and India to formally sign onto the price cap mechanism and be part of the coalition. They say those nations will use the cap to negotiate lower prices for Russian oil, which would still cut into Russia’s revenue.

U.S. officials have also been debating a more hard-line option: strengthening a price cap by threatening so-called secondary sanctions against companies from other countries that do not abide by such a cap. But officials say the Biden administration is not likely to take that approach.

American officials will use meetings this week at the United Nations and on the sidelines of the General Assembly to gauge the reactions from various countries to a price cap. American officials are also talking with counterparts from countries that have avoided direct condemnation of Russia to try to persuade them to make clear statements on the war or to join the sanctions coalition.

President Biden is expected to try to rally greater support for Ukraine when he speaks to the General Assembly on Wednesday. President Volodymyr Zelensky of Ukraine is scheduled to address the assembly by video on the same day.

“The U.N. provides the platform for U.S. policymakers to incentivize these countries to join in the sanctions and prevent Russia’s active attempts to launch new diplomatic platforms outside of established venues like the U.N.,” Ms. Snegovaya said.

Given all the pressures on the nations in the sanctions coalition, including outcries from their populations over rising energy prices, U.S. officials will also need to expend enormous energy on diplomacy to keep the coalition unified, analysts say.

“Keeping the sanctions in place takes an enormous amount of leadership,” said John Gans, a former Pentagon official and author of “White House Warriors,” a history of the National Security Council. “If you don’t give priority to it, then it’ll fall to the wayside.”

Tags
From Russia That 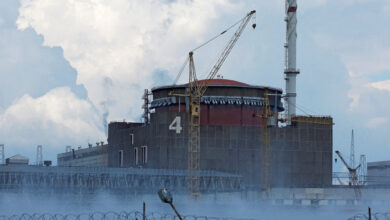 Here are the risks as shelling continues at the Zaporizhzhia Nuclear Power Plant. 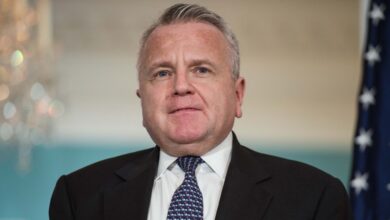 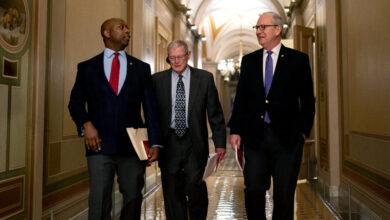