The top lawyer for the Oath Keepers militia, who was with the group’s leader outside the Capitol on Jan. 6., 2021, was charged on Thursday with conspiring to obstruct a joint session of Congress that day as lawmakers met to certify the results of the 2020 election.

The lawyer, Kellye SoRelle, was the latest member of the right-wing extremist group to be indicted in connection with the Capitol attack. The indictment, handed up in Federal District Court in Washington, also accused Ms. SoRelle, 43, of tampering with evidence connected to the Justice Department’s grand jury investigation of Jan. 6 and illegally entering and remaining in a restricted area of the Capitol grounds.

Unlike several other members of the Oath Keepers — including the group’s founder and leader, Stewart Rhodes — Ms. SoRelle, who was arrested on Thursday morning in Junction, Texas, was not charged with seditious conspiracy. Mr. Rhodes and a group of other Oath Keepers facing the sedition charges are set to go on trial in Washington at the end of the month.

Ms. SoRelle has not been directly involved in the criminal defense of any of the Oath Keepers charged in connection with Jan. 6. She performed legal work for the organization and briefly served as its interim president after Mr. Rhodes was arrested.

Ms. SoRelle often told reporters that she was cooperating with the Justice Department’s inquiry into the Oath Keepers’ role in the Capitol attack, and the charges filed against her came almost nine months after Mr. Rhodes was arrested. She also claimed to have spoken several times to staff investigators working with the House select committee investigating Jan. 6.

In January, a federal magistrate judge in Texas wrote in an order denying bail to Mr. Rhodes that Mr. Rhodes and Ms. SoRelle were in a romantic relationship — something that she adamantly denied.

She was not indicted along with any other members of the group, although at times prosecutors have initially charged suspects alone and later moved them into larger cases with multiple defendants.

While there is no evidence that Ms. SoRelle entered the Capitol on Jan. 6, she took part in video conferences with Oath Keepers members in the weeks leading up to the attack and was with Mr. Rhodes in the crowd outside as other members of the group stormed the building.

She also accompanied Mr. Rhodes to a meeting in an underground parking lot in Washington on Jan. 5, 2021, where the two briefly encountered Enrique Tarrio, the former chairman of the Proud Boys. Mr. Tarrio is also facing seditious conspiracy and other charges in connection with the Capitol attack.

Court papers in one of the Oath Keepers’ cases indicate that after Jan. 6, Ms. SoRelle advised Mr. Rhodes to delete encrypted messages from his phone. 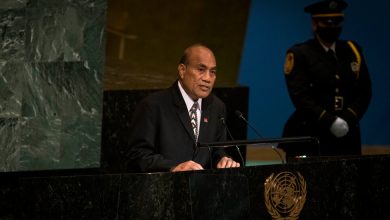 This Country’s Top Judges Were All Foreigners. Now They’re Gone. 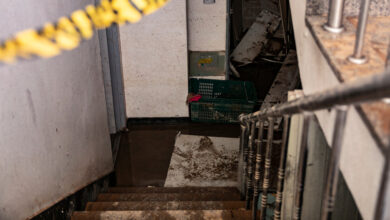 ‘We Couldn’t Do Anything’: Family Drowns in Seoul Basement During Floods 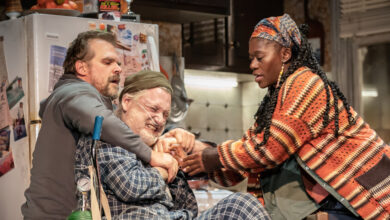 In Two London Plays, Being Black Means Looking From the Outside In 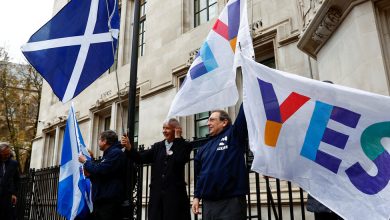