After stunning battlefield setbacks, Russia moved to cement its grip on territory it occupies in eastern and southern Ukraine, as Kremlin proxies there announced plans on Tuesday for referendums on annexation to Russia, indicating a possible escalation of the war.

The Kremlin signaled that if Russia were to go forward with annexation — even if no other countries recognized it — any further military action by Ukraine in those regions could be seen as an attack on Russia itself, justifying any military response by the nation with the world’s largest nuclear arsenal.

“Encroaching on the territory of Russia is a crime, the commission of which allows you to use all the forces of self-defense,” Dmitri A. Medvedev, the former Russian president and the vice chairman of Mr. Putin’s Security Council, wrote on the Telegram social network on Tuesday, describing the referendums as having “huge significance.”

Ukraine and its backers, including the United States, said that any supposed elections conducted by Russian authorities would be a manipulated farce, conducted under a harsh, coercive occupation, during an ongoing war, in territory that millions of people have fled.

Adding to the sense that Russia was raising the stakes, the country’s Parliament on Tuesday quickly passed legislation imposing criminal penalties on soldiers for desertion, surrender or refusal to follow orders during “mobilization” and “martial law.” The legislation fed predictions that Mr. Putin could declare war on Ukraine and order a large-scale draft, moves he has avoided in trying to protect the sense of normalcy for most Russians.

For weeks since Russian forces retreated in the northeastern Kharkiv region, ceding a vast swath of territory they had seized earlier in the war, world leaders have puzzled over what President Vladimir V. Putin of Russia would do next. Officials in four regions in eastern and southern Ukraine that are partly held by Russia delivered at least a partial answer, saying that voting on whether to join Russia would begin Friday and last for five days.

But one voice was missing from Tuesday’s fast-moving developments: that of Mr. Putin. He appeared in public repeatedly, at one point discussing the development of tourism in southern Russia, but he did not mention referendums, even though prominent Russian state media figures wrote on social media that he would make a major televised speech to the nation Tuesday night.

A photograph released by state media showing President Vladimir V. Putin, center, during a ceremony to receive credentials from newly appointed foreign ambassadors to Russia, at the Kremlin on Tuesday.Credit…Pool photo by Pavel Bednyakov

People waited hours to watch an address that did not materialize, until Russian news outlets reported that Mr. Putin was expected to speak on Wednesday, instead. The Kremlin said nothing about whether Mr. Putin would speak at all. Across the political spectrum, speculation was rife on the apparent back-and-forth behind the Kremlin walls — and the possibility that Mr. Putin could announce a major escalation of the war.

“The longer the announced appearance of President Putin is delayed, the more serious the announcements in it will be,” a pro-Kremlin analyst who appears frequently on state television, Sergei Markov, posted on Telegram.

Ever since the start of his invasion on Feb. 24, Mr. Putin has referred to it as only a “special military operation.” Even as Ukraine treated the invasion as full-fledged war, drafting military-age men into the army and barring them from leaving the country, Mr. Putin largely fought the war with his military at peacetime strength, despite rapidly mounting casualties.

Hawkish supporters have grown increasingly frustrated that Mr. Putin was not being more aggressive in waging the war, tensions that burst into the open after Russia’s humiliating retreat this month. Mr. Putin last week hinted that he was prepared to escalate the war, describing recent Russian missile attacks on Ukrainian critical infrastructure as “warning strikes.”

He also claimed that he was ready to negotiate with Kyiv — even as Ukrainian officials rejected the possibility of compromise given the “rampant terror, violence, torture and mass murders” that Russian troops had brought to their country.

Ukrainian soldiers in Kupiansk, a town in eastern Ukraine that was retaken from Russian forces, on Tuesday.Credit…Nicole Tung for The New York Times

Grigorii Golosov, a professor of political science at the European University at St. Petersburg, said that the referendums could be a prelude to Russian military escalation in Ukraine — and an effort to scare President Volodymyr Zelensky’s government and his backers into submission, and intensify Western fears of a direct war between Russia and NATO. But Mr. Golosov also left the door open to Mr. Putin being prepared to compromise amid his threats.

“It is quite possible that by resorting to such radical, but not military, actions, the Kremlin would in fact indicate that it is ready to enter into real negotiations,” Mr. Golosov said in a phone interview. “Many politicians are known to escalate their demands before moving on to real negotiations, and this is a normal negotiating tactic, at least for dictators.”

The possibility of Russia annexing parts of Ukraine has loomed in the background for much of the war. For months, Russia’s occupation authorities in eastern and southern Ukraine have said they were making plans for a referendum that would call on Moscow to annex those regions and declare them to be Russian territory, and Mr. Putin has characterized those areas as a rightful part of his country.

The Kremlin, however, had remained mysterious about when and whether those referendums would take place, apparently seeking to leave its options open as Russian forces struggled to make major gains on the front lines. But Ukraine’s surprise battlefield gains this month forced Mr. Putin’s hand, analysts said.

The moves come as Mr. Putin struggles to recover from setbacks not just on the battlefield, but also on the international stage. At a regional summit in Uzbekistan last week, Mr. Putin for the first time acknowledged that the leaders of both China and India — critical supporters of Russia’s economy amid Western sanctions — had “concerns” about the war. President Recep Tayyip Erdogan of Turkey, who has tried to mediate the conflict, said this week that the invasion of Ukraine was unjustified and Russia must return occupied territory.

Annexing territory is a precedent Mr. Putin set with Crimea in 2014, which came after a referendum that was widely dismissed as a fraud in the West — Russian authorities claimed a 97 percent vote for union with Russia — but that Mr. Putin has used to justify his threat that he was ready for all-out war if Ukraine sought to retake the peninsula by force.

President Biden’s national security adviser, Jake Sullivan, on Tuesday referred to plans for “sham” votes in other regions as a possible precursor to the Kremlin’s trying to mobilize more of the Russian public for the war. “The United States will never recognize Russia’s claims” to any seized parts of Ukraine, Mr. Sullivan told reporters.

On Monday, Russia’s propaganda apparatus launched what appeared to be a scripted display meant to show a popular groundswell in Ukraine’s eastern and southern regions to join Russia.

First, the Russian state news media reported that a civic advisory body to the government of the “Luhansk People’s Republic” had put forward “an initiative to immediately hold a referendum” to recognize the region “as a constituent entity of the Russian Federation.” Luhansk is one of the two provinces of eastern Ukraine with Russian-backed insurgencies that Mr. Putin declared independent in February.

Then the parallel body of the “Donetsk People’s Republic” — the other breakaway province — also called for a referendum. The Russian-backed leader of the region, Denis Pushilin, then posted on social media a video of himself holding a cellphone to his ear and purportedly addressing his Luhansk counterpart to discuss the appeals for referendums.

“This is nothing but the reflection of the opinion of our people that has long been in the air,” he said.

Denis Pushilin, the leader of the Russian proxy government in the Donetsk region of Ukraine, in Donetsk last month.Credit…Yuri Kochetkov/EPA, via Shutterstock

On Tuesday, the occupation authorities of two other Ukrainian regions — Kherson and Zaporizka — also announced plans for referendums.

The move came as Russia braced for an intensifying Ukrainian counterattack, and after Russia’s embarrassing retreat from northeastern Ukraine’s Kharkiv region this month. The Zaporizka region remains partly controlled by Ukraine, including its main city, Zaporizhzhia. In the Kherson region in the south, which Russia quickly captured after invading in February, Ukraine has been mounting a counteroffensive, though its progress has been deliberate, and costly in terms of casualties.

“They are afraid that Russia will leave,” the Russian-imposed head of the Kherson region, Kirill Stremousov, said of the region’s residents on Tuesday, according to RIA Novosti. “People want the certainty that they will not be left behind.”

By Tuesday afternoon, the occupation authorities of all four regions had announced the timing of the referendums. On social media, Russian cheerleaders of the war who have been criticizing the Kremlin for not being aggressive enough in Ukraine celebrated the developments as a possible turning point.

Tags
President Russia That Ukraine Was 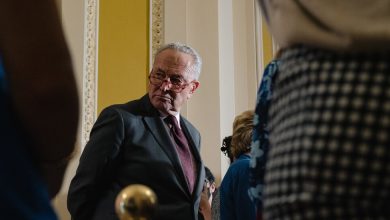 Schumer to Push $15 Million Into Democratic Fight to Hold Senate 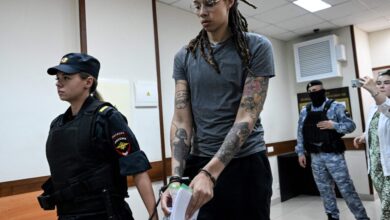 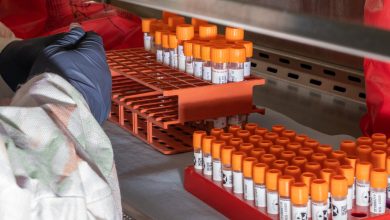 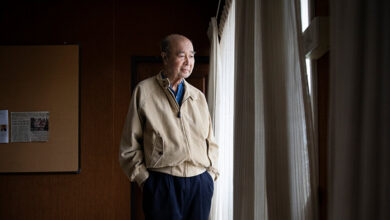