This article is part of Overlooked, a series of obituaries about remarkable people whose deaths, beginning in 1851, went unreported in The Times.

In 1929, the British seaside town of Ramsgate hosted the 22nd Kent County Chess Association tournament. Fourteen of the world’s top players were there — 13 men and one woman.

The woman, Vera Menchik, excelled, tying for second place behind her teammate José Raúl Capablanca. Capablanca, who had been world champion from 1921 to 1927, paid her what was then considered a compliment. He called her “the only woman who plays as a man.”

Menchik was the world’s first women’s chess champion, and the first woman to regularly play in high-level tournaments alongside men. She was stoic at the chessboard; British Chess Magazine wrote in 1937 that “she sits all game with her hands in front without even moving a muscle in her face.” And though she was generally gracious to her fellow players, she often faced skepticism because of her gender.

Sometimes she responded to this ill treatment. Before a 1935 tournament in her native Moscow, for instance, she declared that she was looking forward “to drinking some men’s blood.”

Menchik playing in London in 1926. The next year she won a tournament there that was later deemed to be the first women’s world chess championship.Credit…Agence Rol

As the 2020 Netflix mini-series “The Queen’s Gambit” dramatized, women competing in the upper echelons of chess have traditionally had to swim upstream in a black-and-white game that not only shuns them but also identifies success and competitive ambition as inherently male qualities.

When she sat down at the chessboard, men sometimes judged her appearance as much as her play; a 1927 Sussex Daily News report described her as “a short homely girl” with “a winsome smile and regular features.”

But her skill also garnered international attention. In 1929, in an article about a tournament in Carlsbad, Bohemia (now part of the Czech Republic), that appeared on the front page of The New York Times’s sports section, the chess champion Alexander Alekhine wrote: “After 15 rounds it is certain that she is an absolute exception in her sex. She is so highly talented for chess that with further work and experience at tournaments she will surely succeed in developing from her present stage of an average player into a high classed international champion.”

Vera Franceva Menchikova was born on Feb. 16, 1906, in Moscow to a Czech father, Frantisek Menchik, who managed the estates of Russian nobles, and an English mother, Olga (Illingworth) Menchik, who worked as a governess for the same families. Vera’s father taught her to play chess when she was 9. When she was 11, the Russian Revolution obligated the Menchik family (which included Vera’s sister, Olga) to share their six-bedroom apartment with peasant families.

The revolution caused other privations. Menchik wrote in the magazine Chess in 1943 that in the winter of 1919-20, “the school I attended was for some time without water, heating or electric light, yet the classes went on and the students, clad in their fur-lined coats and hats, read by the light of a few flickering candles or an oil lamp.” The point of her story: Russians were so devoted to chess that they would keep playing even under those difficult conditions.

The Menchik family left Russia in 1921; Vera’s father returned to Czechoslovakia, while her mother took Vera and her sister to St. Leonards, a town near Hastings in Britain.

Chess proved to be a good hobby for a young recent immigrant who couldn’t speak English. She joined the Hastings Chess Club in 1923 and took private lessons from the Hungarian grandmaster Geza Maroczy. After some success in regional tournaments, she gained wider fame by winning the London Girls’ Chess Championship in 1926 and 1927.

In 1927, Menchik entered another tournament in London, later deemed to be the first women’s world chess championship. Over two weeks of play, she went undefeated, with 10 victories, and claimed a prize of 20 pounds sterling (about $1,000 in today’s dollars) and the title of champion.

Menchik was a deliberate player, and her style often put her in time trouble; in the 2016 biography “Vera Menchik,” Robert B. Tanner wrote that during a 1932 match, she took a full hour to make her first seven moves, leaving her no choice but to play the rest of the game at blitz speed.

In “Chess Bitch: Women in the Ultimate Intellectual Sport” (2005), Jennifer Shahade, a former U.S. women’s champion herself, pointed out a two-tiered quality to Menchik’s play.“Vera was the first woman to play consistently, and sometimes defeat, the best players in the world,” Shahade wrote. “She may have exceeded the standards of her time by an even larger margin if she had used against men the fearless, confident style she exhibited against women.”

Menchik was not monomaniacal about chess; her interests also included tennis, bridge and human psychology. Her friend Julius du Mont wrote in a eulogy in British Chess Magazine that despite her placid exterior, “her great interest was in persons, in their actions and behavior under the strain and stress of the unruly passions.”

But she became most involved in chess, taking on a role in the administration of the British Chess Federation and working at Chess as an editor and columnist.

She was talented enough to be invited to various international chess showcases and men’s tournaments, although she often finished in the bottom half.

Menchik in 1935. She was once described as “the first woman to play consistently, and sometimes defeat, the best players in the world.”Credit…Harry Todd/Fox Photos/Hulton Archive, via Getty Images

In the summer of 1939, she traveled by steamship to Buenos Aires for the Chess Olympiad and the women’s world championship. In the middle of the tournament, Germany invaded Poland, beginning the war. The two countries declined to compete at the match, agreeing instead to a mutual forfeit and draw.

Some teams withdrew from play and immediately returned to Europe; trying to defuse nationalist tensions, the organizers took down the flags of all participating nations (except for the host, Argentina).

After winning the women’s tournament, Menchik went back to England, where she was named director of the National Chess Center. It was a short-lived post; the center was destroyed in a German air raid a year later, the same year Menchik’s husband, Rufus Stevenson, also a chess player, died of a heart attack.

During another German attack, on June 26, 1944, Menchik, her sister and her mother all took cover in the basement of her house, rather than use the bomb shelter in the backyard or the neighborhood shelter in an Underground tunnel across the street. A V-1 rocket landed on the house, demolishing it, destroying many of the records of Menchik’s career and killing all three women.

Menchik was 38 and was still the women’s world champion at her death. (Lyudmila Rudenko of the Soviet Union took the title in 1950, the first time it was contested after the war.) Today the winner of the Women’s Chess Olympiad receives the Vera Menchik Cup.

In a tribute, Menchik’s friend Thomas Olsen wrote: “She had perfected the art of living. Chess genius as she was, she did not allow the game to rule out everything else.”

Menchik herself best expressed her philosophy of life in a 1935 article on chess tactics in The Social Chess Quarterly that encouraged readers not to accept defeat, even when it seemed inevitable.

“Counterattack is the soul of the game,” she wrote. “In the times of need when we are faced with a very cramped or even a lost game, our best chance of recovering the balance is to introduce complications.”

Tags
Chess Play She That World 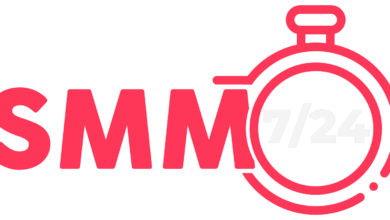 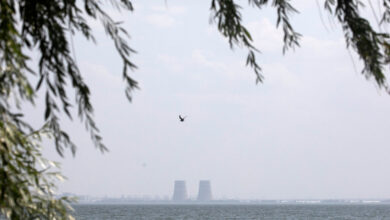 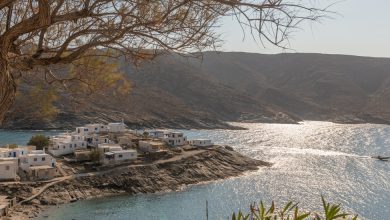 Braving the Winds on a Greek Isle 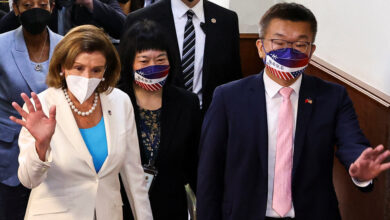