KYIV, Ukraine — The body pulled from a pit in Izium was in a bad state of decomposition, the skin peeling from the bone and drained of color. But one thing stood out: the blue and yellow bracelet around the dead man’s wrist.

The colors of the Ukrainian national flag had barely faded.

The corpse, one of hundreds exhumed after Ukraine reclaimed Izium from the Russians this month, was another reminder of the savage toll of the war. But the bracelet conveyed something different: the fortitude and individuality amid a grim tableau of mass death. And it seemed to send an almost defiant message: Ukraine lives on, even if some of its people do not.

The image quickly captured the imagination of the nation.

It was shared widely on Facebook and the Telegram messaging app. Dmytro Kuleba, Ukraine’s foreign minister, had a similar bracelet on his wrist when he spoke at the United Nations Security Council on Thursday as evidence of Russian atrocities.

“I do wear one too,’’ he said, referring to the bracelet. “And Russia should know one thing,” Mr. Kuleba said. “It will never be able to kill all of us.”

When Oksana Sova saw the image she noticed something else. The bracelet looked like the one her children had given to her husband, Serhiy. She looked at the full image of the corpse, studied the tattoos and knew in a moment it was him. 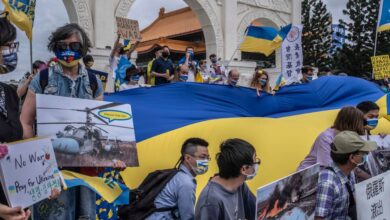 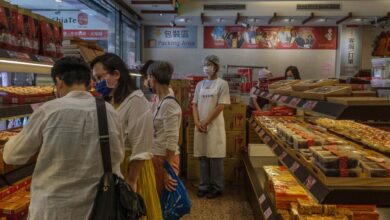