Less than two weeks into its tenure, the new government in Israel has moved quickly on a wave of far-right agenda items that would weaken the judiciary, entrench Israeli control of the West Bank and bifurcate the military chain of command to give some far-right ministers greater control of matters related to the occupation.

Already, the government is set to move forward this week with the centerpiece of its program — a sweeping judicial overhaul that includes reducing the Supreme Court’s influence over Parliament and strengthening the government’s role in the appointment of judges.

Coalition leaders have also taken a more combative stance toward the Palestinians than their immediate predecessors. Funding to the Palestinian Authority has been cut, and the new minister for national security, Itamar Ben-Gvir, has angered Palestinians and many Arab countries by touring a sensitive religious site and ordering the police to take down Palestinian flags.

The program launched by Mr. Netanyahu, a combination of policy announcements, agreements within the coalition and draft legislation, has quickly exacerbated splits in Israeli society. Critics of the prime minister and his allies fear that the agenda threatens Israel’s democratic institutions, its already fraught relationship with the Jewish diaspora and its efforts to form new ties with Arab neighbors like Saudi Arabia — and that it effectively sounds the death rattle for long-ailing hopes for a Palestinian state.

Israeli police officers at the Aqsa Mosque compound in Jerusalem on Jan. 3, the day that the new minister for national security, Itamar Ben-Gvir, toured the contested site. Credit…Maya Alleruzzo/Associated Press

Currently on trial for corruption, Mr. Netanyahu has presented his plans as the legitimate program of an elected government. He has also portrayed the push for judicial changes as a valid attempt to limit the interference of an unelected judiciary over an elected Parliament.

“We received a clear and strong mandate from the public to carry out what we promised during the elections and this is what we will do,” Mr. Netanyahu said in a speech this week. “This is the implementation of the will of the voters and this is the essence of democracy.”

But his critics present it as a constitutional coup. “This is not a reform, this is an extreme regime change,” said Yair Lapid, the previous prime minister, in a speech on Monday. “This does not fix democracy, this destroys democracy,” he added.

Returning to power for the third time, Mr. Netanyahu now heads a government that is Israel’s most right-wing and religiously conservative administration ever, bringing together far-right parties supported by settlers and ultra-Orthodox parties who have vowed to reshape Israeli society.

The main early focus of the new government — and of opposition alarm — has been plans for the justice system.

What to Know About Israel’s New Government

The new justice minister, Mr. Levin, confirmed on Wednesday that he would pursue his longstanding goal of limiting the Supreme Court’s ability to countermand laws made in Parliament and giving the government more control over the appointment and promotion of judges.

Currently, the Supreme Court can strike down laws it deems unconstitutional — a role that its supporters consider an essential restraint on parliamentary overreach but that critics see as an unreasonable restriction on elected politicians.

A member of the latter camp, Mr. Levin has proposed legislation that would allow a simple majority of lawmakers to override the court’s decisions.

A protest against the new Israeli government in Tel Aviv last week. Credit…Abir Sultan/EPA, via Shutterstock

He also wants to give politicians greater influence over the committee that appoints new judges. That would draw the Israeli judiciary closer to its counterpart in the United States, where senators confirm judicial appointments made by the president.

But it is an unfamiliar idea in Israel, where senior judges and attorneys dominate the process of deciding who gets to be a judge. Supporters say this mechanism restricts political interference in the court, but to detractors it has turned the judiciary into a self-selecting club.

Mr. Netanyahu says he has no plans to use his new office to derail his corruption trial. But the political opposition says the judicial proposals are a harbinger of other legislation that could either reduce his potential punishment, legalize the crimes of which he’s accused or undermine the attorney general who oversees his prosecution.

“He’s cooking up what he is really aiming for — an exemption from trial,” said Benny Gantz, an opposition leader, in a speech last week.

Thousands of demonstrators protested the plans across Israel last weekend, and opposition leaders have called for even bigger rallies on Saturday, prompting one government lawmaker, Zvika Fogel, to demand their arrest for “treason.”

To Palestinians, Mr. Netanyahu’s government represents the most unequivocal Israeli opposition to Palestinian statehood since negotiations to end the Israeli-Palestinian conflict gathered momentum in the 1990s.

Successive Israeli leaders, including Mr. Netanyahu, had since left open the possibility of ceding parts of the West Bank to a future Palestinian state.

Mr. Netanyahu’s new government, however, ended that ambiguity in late December. A list of the coalition’s guiding principles began with a straightforward assertion of the Jewish people’s “exclusive and unquestionable right to all areas of the Land of Israel,” a biblical term that encompasses both Israel and the occupied West Bank, and pledged to “develop settlements in all parts of the Land of Israel.”

A separate side agreement between Mr. Netanyahu’s party, Likud, and another party in its coalition, Religious Zionism, also pledges that Mr. Netanyahu will lead efforts to formally annex the West Bank — albeit at a time of his choosing.

The government has also taken several combative steps against Palestinians.

Ministers have cut roughly $40 million from the money the government sends the Palestinian Authority, which administers parts of the West Bank, and removed travel privileges from several Palestinian leaders — mainly in retaliation against diplomatic measures taken by Palestinians against Israel at the United Nations.

Mr. Ben-Gvir, the minister for national security, who holds criminal convictions for incitement of racism against Arabs and support for a Jewish terrorist group, has instructed the police to confiscate Palestinian flags flown in public in Israel.

And last week, he provocatively toured the Aqsa Mosque compound — a deeply sensitive site sacred to both Muslims and Jews, who call it the Temple Mount — in what observers feared might set off another round of fighting with Palestinian armed groups in Gaza.

These moves all had precedents: Politicians have previously risked upheaval by visiting the compound, Israeli governments have often withheld money from the Palestinian Authority, and Israeli police officers have regularly confiscated Palestinian flags in the past.

But the fast pace at which the government has acted has led to fears of more drastic — and more consequential — moves in the future, amid what is already the deadliest period in the territory for more than a decade.

Within the Israeli military, senior officers are already braced for a showdown over who holds sway over the security forces that oversee the occupation of the West Bank.

A law passed in late December is set to give Mr. Ben-Gvir unprecedented control over special police forces in the West Bank that were previously under the purview of the Army. The coalition agreements are also set to give Bezalel Smotrich, another hard-right settler leader, oversight over bureaucratic aspects of the occupation.

Both moves have prompted disquiet in the military because they will create three centers of Israeli power in the West Bank.

Among secular and liberal Israelis, there is rising concern about the government’s plans to strengthen the autonomy of ultraconservative Jews, who form about 13 percent of Israel’s nine million residents.

Mr. Netanyahu agreed to protect funding for the ultra-Orthodox school system despite its failure to teach core subjects like math and English, and to formalize a longstanding arrangement that lets seminary students avoid military service.

To secular Israelis, these measures will further limit the ability of ultra-Orthodox Israelis, known as Haredim, to participate in the economy and in the defense of the country — increasing the social and financial burden on secular Israelis.

The government contains some secular members, like Amir Ohana, the first openly gay speaker of Parliament, and has officially promised to maintain the current balance between the secular and religious worlds. But because several key coalition leaders have already taken a combative line against secular and liberal society, some fear a looming broadside against religious and social pluralism.

Avi Maoz, an ultraconservative who believes women should stay at home and wants to ban Jerusalem’s gay pride parade, has been placed in charge of part of the education budget. Mr. Smotrich, who has described himself as a “proud homophobe” and expressed support for racial segregation in maternity wards, called late last year for soccer authorities to avoid holding games on the Jewish Sabbath.

Though that request is unlikely to become a rule, Mr. Netanyahu has already made other commitments to strengthen Orthodox Judaism, setting the stage for greater tension with the Jewish diaspora, who adhere more often to non-Orthodox streams of Judaism than in Israel.

The coalition has promised to ban non-Orthodox prayer at the main section of the Western Wall in Jerusalem.Credit…Abir Sultan/EPA, via Shutterstock

The coalition agreements pledge to maintain a ban on non-Orthodox prayer at the main section of the Western Wall, a Jerusalem holy site, and bar converts to non-Orthodox streams of Judaism from being recognized by the state as Jewish.

“This is how democracies collapse,” Mr. Lapid said in a video on Tuesday night, as the debate over judicial changes turned increasingly rancorous, adding: “We won’t let our beloved country be trampled.”

Tags
Israel Over Part That Who 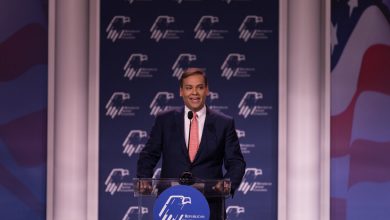 George Santos: What We Know and Don’t Know About the Representative-Elect 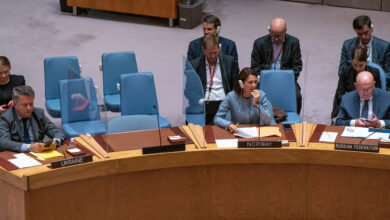 Foes Agree on Nuclear Disaster Risk in Ukraine, but Little Else 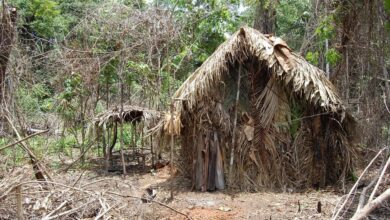 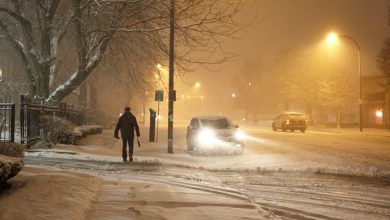 In Buffalo Area, Two Feet of Snow on the Ground and More Expected