Here is a closer look.

What is the classification system?

It is the process the federal government uses to determine how officials in the executive branch should handle information whose public exposure could damage national security.

Officials with the authority to classify or declassify matters can sort information into three categories based on how potentially damaging its disclosure would be: confidential, secret or top secret. Access to particularly sensitive information can be restricted even further if it is designated as sensitive compartmented information, or S.C.I.

Presidents have established and developed the classification system through a series of executive orders around World War II and the early Cold War. The current directive, Executive Order 13526, was issued by President Barack Obama in 2009.

How is classified information handled?

If information is classified, access to it is restricted. Any documents or electronic files containing that information are supposed to be marked, and only officials with proper security clearances — and a “need to know” — are permitted to see them or be told of their contents.

There are also rules governing the entire life cycle of a document or electronic file containing classified information — how it must be stored, physically transported, electronically transmitted, declassified or destroyed.

For example, government officials can only discuss classified information in emails on a special computer network, nicknamed the “high side,” that has greater defenses against hackers than regular email, and that can only be accessed in specially secured rooms.

Does the government track the existence of every classified document?

No, the government does not.

Computer systems for storing and transmitting classified information often have some controls, like logging which computers associated with particular officials have retrieved particular intelligence reports or when a file has been printed out. But there is no system that requires officials to record each time they create a new classified document, such as by writing an email or memo that contains an already classified fact, or by making copies of such a document. To do so would be cumbersome and infeasible.

There is an exceedingly rare exception, said Glenn S. Gerstell, the former general counsel of the National Security Agency. When it comes to extraordinarily sensitive information that very few people will be allowed to see, an agency may refuse to distribute it on the classified computer network and will instead make a numbered printout, delivering it to a policymaker via a courier with a locked briefcase and then retrieving it and bringing it back.

But for the most part, Mr. Gerstell said, “You can’t go to a government computer and push a button and say, ‘Print out a list of all classified documents.’ There is no system that does that.”

Is the classification system enforced by criminal law?

Not directly — for the most part.

‌The legal basis for the classification system comes from the president’s constitutional authority as the commander in chief and head of the executive branch, not from criminal law.

The classification system is largely about bureaucratic rules. The main punishment for disobedience is administrative: Officials can be admonished, lose their security clearances and be fired. Congress has imposed separate criminal penalties to protect national security secrets.

For example, the main law used in leaking and spying cases, the Espionage Act of 1917, forbids the unauthorized retention of national security secrets, defined as defense-related information that could harm the United States or aid a foreign adversary. It was enacted before the classification system existed and makes no reference to it.

A rare exception, where Congress has tied a law to the classification system, is Section 1924 of Title 18 of the U.S. Code. It makes the unauthorized retention or removal of classified material a crime, so prosecutors would have to show that the information remained technically classified as an element of proving that offense to a jury.

What are the standards for deeming information classified?

The executive order lists different levels. “Top secret” status, for example, applies to information whose unauthorized disclosure could cause “exceptionally grave damage to the national security that an original classification authority is able to identify or describe.” “Secret” is for “serious” damage, and “confidential” is for mere damage.

While some information — like the identities of spies or certain military technology — clearly meets those standards, in many cases those determinations are subjective, said Steven Aftergood, a secrecy specialist with the Federation of American Scientists.

Over the years, a common criticism of the system, including by senior national security officials, is that records can sometimes be overclassified because of a bureaucratic instinct to mark information as secret even if it would be harmless to disclose to the public.

Who can classify and declassify information?

Such officials can declassify information if they or their subordinates had designated it as classified. That typically means that an official at one agency cannot declassify another agency’s classified secrets. All such officials are technically considered to be exercising the president’s constitutional power, which he has delegated to them.

The president is the highest-level official with classification authority and can personally deem a piece of information secret or remove that protected status from anything. In practice, when presidents want to declassify something, they usually direct subordinates overseeing the agency with primary responsibility for that information to review the matter. But on rare occasions, presidents have declassified things directly.

Yes. Vice presidents have been deemed “original classification authorities” since March 2003, when President George W. Bush altered the executive order then governing the secrecy system to bestow that power on Vice President Dick Cheney. The current version of that order retained that arrangement.

There is an ambiguity, Mr. Aftergood noted: The order does not explicitly say whether vice presidents have supervisory authority over departments and agencies for the purpose of declassifying information that they had deemed secret.

Mr. Bush’s move was widely interpreted as deputizing Mr. Cheney to exercise the same powers as he did. At the same time, vice presidents are not normally part of the chain of command. Mr. Aftergood said that to his knowledge, the scope of vice presidents’ declassification power has never been definitively tested.

President Biden has said he had been “surprised” to learn that his lawyers had found a small cache of classified documents.Credit…Doug Mills/The New York Times

Does declassification matter in the current investigations?

Mr. Biden has not claimed that he declassified any of the documents from his time as vice president that his lawyers found at his private office and garage.

Mr. Trump has publicly claimed that before leaving office, he declassified all the items that ended up at his Florida club and residence. No credible evidence has emerged to support that claim, and his lawyers have avoided repeating it in court, where there are professional consequences for lying.

Either way, none of the criminal laws the Justice Department cited in applying for the F.B.I. search warrant for Mr. Trump’s Mar-a-Lago estate — the Espionage Act, a law against concealing or destroying official records, and a law against obstructing an official effort — depend on whether the information was classified.

Tags
Can Have President Secret That 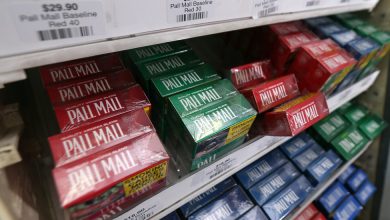 New Zealand Bans Cigarette Sales to Everyone Born After 2008 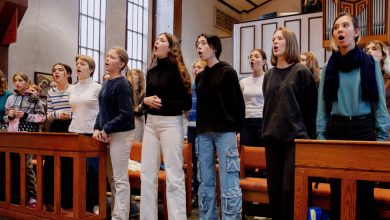 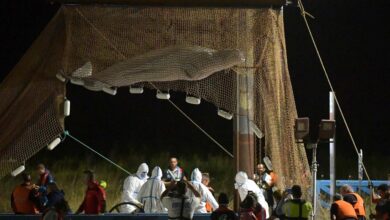 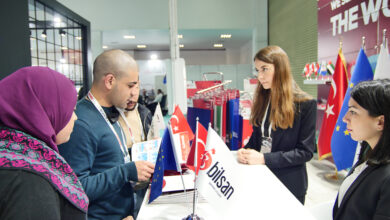