WESTBURY, N.Y. — Republican officials on Long Island, including Representative Anthony D’Esposito, called on Wednesday for Representative George Santos to resign, as he faces multiple inquiries into his finances, campaign spending and fabrications on the campaign trail.

The Nassau County party chairman, Joseph G. Cairo Jr., said Mr. Santos, a first-term Republican, had lost the confidence of Republicans in his district, saying that Mr. Santos’s campaign was one of “deceit, lies, fabrication.”

“He’s disgraced the House of Representatives, and we do not consider him one of our congresspeople,” Mr. Cairo said. “Today on behalf of the Nassau County Republican committee. I am calling for his immediate resignation.”

Joining via video from Washington, Mr. D’Esposito, who represents a district just to the south of Mr. Santos, said that his Republican colleague had violated the trust from “not only the voters, but people across America.”

Mr. D’Esposito said he “will not associate with him in Congress and I will encourage other representatives in the House of Representatives to join me in rejecting him.”

More on the George Santos Controversy

The calls for Mr. Santos’s resignation mark the sharpest denunciation yet of the congressman’s behavior from Republicans after reporting in The New York Times uncovered that Mr. Santos had made false claims about his educational and professional background and raised questions about his business, his financial disclosures and his campaign expenses.

They also add to the mounting pressure facing Mr. Santos, who is currently the subject of inquiries by federal and local prosecutors over whether his financial dealings or lies on the campaign trail warrant criminal charges.

This week alone, Mr. Santos, 34, has been the subject of two formal ethics complaints. On Tuesday, two Democratic lawmakers filed a formal complaint asking the House’s bipartisan Committee on Ethics to investigate whether Mr. Santos ran afoul of the law when he filed his required financial disclosures late and without key details about his bank accounts and business.

A day earlier, a watchdog group, the Campaign Legal Center, called on the Federal Election Commission to investigate the congressman, accusing him of improperly using campaign funds for personal expenses, misrepresenting his spending and hiding the true sources of his campaign money.

Brazilian law enforcement officials have also said they were reviving fraud charges against Mr. Santos tied to a 2008 incident involving a stolen checkbook, after the case was disclosed in The Times’s report.

The calls for Mr. Santos’s resignation mark a stunning reversal in fortune for the congressman. Though a number of Democrats have called on Mr. Santos to resign, fellow members of his party largely had not, even as they criticized him and, in some cases, suggested he be under more investigative scrutiny.

Mr. Cairo’s rebuke, in particular, represents a significant break between Mr. Santos and an organization that was integral in helping the congressman secure his seat, which covers a large swath of Nassau County and a much smaller section of northeast Queens.

It also marks a sharp division between local Republicans and their state and national counterparts. In the weeks since The Times’s story, the House’s speaker, Kevin McCarthy, has largely remained silent about the ongoing controversy, though he told a reporter for CNN that he did not expect Mr. Santos to receive assignments for choice committees.

Mr. Santos supported Mr. McCarthy in his protracted fight to become speaker last week. But Mr. McCarthy has not commented publicly on reports by CNBC and The Washington Times that someone working with Mr. Santos’s campaign impersonated Mr. McCarthy’s chief of staff in order to raise money from donors.

On Tuesday, the Republican majority leader, Representative Steve Scalise of Louisiana, said that party leadership would handle questions over Mr. Santos “internally” but acknowledged that “there were concerns” he and others wanted addressed. Representative Elise Stefanik of New York, the third-ranking House Republican, told a Spectrum News reporter that “this is going to play itself out.”

Other rank-and-file Republicans have been more outspoken in their condemnations. Representative Nick LaLota, another first-term lawmaker representing parts of Long Island, called for a House ethics investigation last month. Representative Anthony D’Esposito, whose district includes parts of Nassau County, told NBC News on Tuesday that he supported an ethics investigation as well.

On Tuesday, Representative Dusty Johnson of South Dakota told CNN that he did not believe Mr. Santos should be seated on House committees “until we had a deeper understanding of exactly what went on in his campaign.”

After Mr. Santos admitted to The New York Post that he had lied about parts of his background, Mr. Cairo said he was “deeply disappointed” in what he called Mr. Santos’s “blanket apology.”

Days later, Mr. Cairo said the Nassau County committee would not support Mr. Santos if he were to run again for his seat in 2024, but he still stopped short of calling on Mr. Santos to step down.

Tags
About House Said That Was 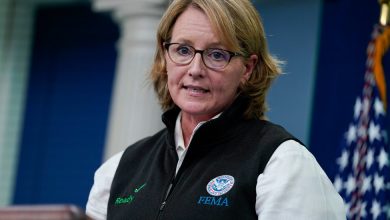 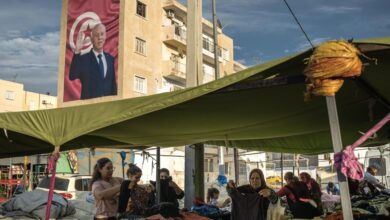 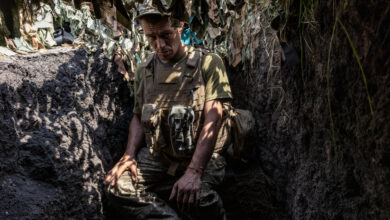 Zelensky is under pressure over when and how to launch a long-anticipated counteroffensive. 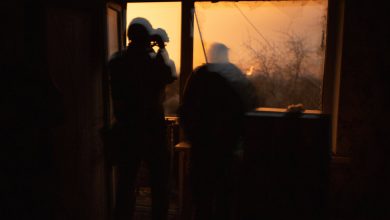 The Infrared Hunt for Russian Troops in the Battle for Bakhmut