NEW DELHI — As global economic growth slows sharply, with many major economies gripped with worries of recession, there has been a conspicuous exception: India.

The Indian government says the country’s economy remains on track to grow by 7 percent or more this year, more than double the projections for global growth, which has been weighed down by Russia’s invasion of Ukraine, rising energy prices and Covid lockdowns in China.

The rapid expansion in India reflects in part the depths to which the economy had fallen during the most devastating shocks of the pandemic, with lockdowns forcing an exodus of laborers from urban centers. It also reflects the insulated nature of India’s economy: It has avoided the worst of the global slump because it is driven more by local demand than exports.

But perhaps most important has been a suite of government policies, including increased public investment, relief to debtors, and credit guarantees to small- and medium-size firms hit hardest by the pandemic. Policy interventions have kept inflation — which has historically been high in India — relatively in check. And purchases of discounted oil from Russia, against the wishes of the United States and Europe, have helped buffer rising global energy prices.

“India felt some global headwinds, but the process of recovery continued,” said Sunil Sinha, the principal economist at India Ratings and Research.

In a resonant symbol of India’s growth, officials have been trumpeting the economy’s leapfrogging of Britain — the country’s former colonizer, which is now grappling with soaring inflation — to become the world’s fifth largest.

“Those who ruled us for 250 years — we have left them behind to move ahead in the world economy. More than moving from sixth to fifth, the joy was in this,” Prime Minister Narendra Modi said. “We have come out of thousands of years of slavery; now is the opportunity. We will not stop.”

Left unsaid, though, is that India’s economy must support 1.4 billion people, while Britain has just 67 million. So even as the Indian government reported last week that the economy had grown year on year by 13.5 percent in the second quarter — slightly below its expectation of about 15 percent — it still struggles to meet the needs of a nation that is soon expected to pass China as the world’s most populous.

Private ratings agencies have slashed their growth projections for India’s economy this year by up to a percentage point or more, but their forecasts remain largely in the ballpark of what the Indian government expects. Growth is projected to slow next year to about 6 percent.

Before the pandemic, the Indian economy was already losing steam. India now is only recovering ground lost over the past two-plus years.

Growth in manufacturing has remained slow even on a low base, largely because of rising costs. While India is less reliant than other major economies on exports, they have been a source of strength, especially as the rupee has depreciated, but growth in imports is now more than double those in exports. Some industries, such as hospitality and transportation, have remained below their prepandemic levels, analysts said.

While India still estimates growth this year of about 7.4 percent, Nirmala Sitharaman, India’s finance minister, said last month, the country may need to look for ways to support exports in a slowing global economy “so they are not facing the headwinds all by themselves.”

At home, the economy remains unable to create enough jobs for the vast population of working-age people, and its growth remains top-heavy, analysts said. Hundreds of millions of Indians still depend on government rations and are vulnerable to any shock.

“The economic recovery is showing a pattern where demand for luxury items or those consumed by the upper middle class are growing and intact. But the items of mass consumption are not showing the growth,” Mr. Sinha said. “The distribution of growth is more favorable to people on the upper end of the income pyramid and unfavorable to those at the bottom.”

Still, India remains a bright spot globally, lifted by a rebound in consumption and investment that was jump-started by a huge Covid vaccination campaign that relied on the country’s capacity as the world’s largest manufacturer of vaccines.

The World Bank predicts that global growth, which had already been expected to be lower this year, will stand at 2.9 percent, adjusted from a January prediction of 4.1 percent in light of the upheaval caused by the Russian invasion of Ukraine.

Just as many major economies were trying to tame white-hot demand unleashed by trillions of dollars in emergency pandemic spending, the war in Ukraine further disrupted supply chains and raised energy and food prices. Earlier Covid bottlenecks have also been aggravated by strict new lockdowns in China as virus outbreaks have spread there.

“The outlook has darkened significantly since April. The world may soon be teetering on the edge of a global recession, only two years after the last one,” Pierre-Olivier Gourinchas, the I.M.F.’s chief economist, said at the organization’s release of its latest World Economic Outlook in late July.

Radhika Pandey, an economist with India’s National Institute of Public Finance and Policy, said that while advanced economies were contending with soaring inflation, India’s efforts to bolster supply had helped limit those pressures.

Beyond managing demand, the government tried to simplify procurement processes, introduced production incentives and improved the availability of credit to small businesses.

While interest rate increases in major economies intended to slow inflation have resulted in “demand destruction and slowdown,” Ms. Pandey said, inflation never rose in India at the same level, and the inflation that did occur was more a result of “global headwinds” than overheated domestic demand. 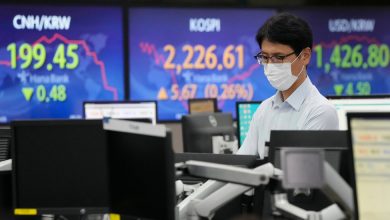 The troubles of Kenya’s China-funded train. 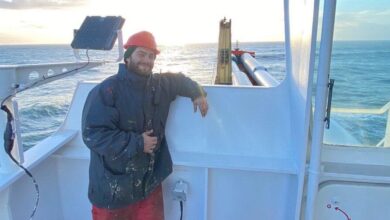 Living side by side, Ukrainian and Russian sailors are tested by the war. 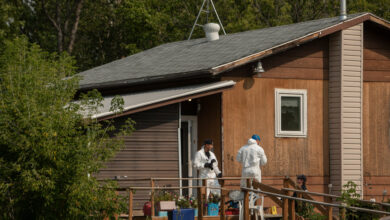