Faced with China’s most searing heat wave in six decades, factories in the country’s southwest are being forced to close. A severe drought has shrunk rivers, disrupting the region’s supply of water and hydropower and prompting officials to limit electricity to businesses and homes. In two cities, office buildings were ordered to shut off the air conditioning to spare an overextended electrical grid, while elsewhere in southern China local governments urged residents and businesses to conserve energy.

The rolling blackouts and factory shutdowns, which affected Toyota and Foxconn, a supplier for Apple, point to the ways that extreme weather is adding to China’s economic woes. The economy has been headed toward its slowest pace of growth in years, dragged down by the country’s stringent Covid policy of lockdowns, quarantines and travel restrictions, as consumers tightened spending and factories produced less. Youth unemployment has reached a record high, while trouble in the real estate sector has set off an unusual surge of public discontent.

The Yangtze River in Jiujiang this month. With scant rainfall, the river has receded to a record low.Credit…Shen Junfeng/Visual China Group, via Getty Images

Now China is also facing an intense heat wave that has swept across the country for more than two months, from central Sichuan Province to coastal Jiangsu, with temperatures often exceeding 40 Celsius, or 104 Fahrenheit. In the southwestern metropolis of Chongqing, the mercury rose to 113 degrees on Thursday, prompting the government to issue its highest heat warning for the eighth time this summer. The country has recorded an average of 12 days of high temperatures this summer, about five days more than usual, and the heat wave is forecast to persist for at least another week, according to statistics from the official China Meteorological Center.

The intense heat is expected to significantly reduce the size of China’s rice harvest because it has caused long periods of drought, drying up rice paddies that are irrigated by rain, according to the Ministry of Agriculture and Rural Affairs.

“At this time, the heat has the biggest impact, and has brought about extremely unfavorable effects,” Fang Fuping, a researcher at the China Rice Research Institute in Hangzhou, told an official news outlet.

The intense weather is affecting other agriculture as well. In the eastern city of Hangzhou, tea farmers preparing for the fall harvest have covered their crops with nets in an effort to shield them from the scorching heat.

A woman covered her head with a towel to protect herself from the sun in Shanghai last week, as record high temperatures baked many parts of China.Credit…Hector Retamal/Agence France-Presse — Getty Images

In the cities, motorists donned face coverings and sleeves to protect themselves from sunburn. Residents and delivery workers sought cool in underground shelters or with a swim in rivers and pools. Office workers tried to cool off with ice and frozen snacks.

“It’s too hot, like a furnace,” said Ella Wan, a 24-year-old property agent in the eastern city of Hangzhou. She found welcome relief from tepid office air conditioning by placing a large bucket of ice on the floor by her feet. “It has an effect on both the physics and the psychology,” she said.

Humans were not the only ones oppressed by the heat. Pandas in zoos lay on sheets of melting ice. Pigs being transported by truck in the southwestern city of Chongqing became dehydrated, prompting firefighters to hose them down. Chickens rejected their feed and struggled to lay eggs in the heat, causing the egg prices to surge across the country, according to state media reports.

Nets covering tea plantations to protect them from the sun in Hangzhou.Credit…CFOTO/Future Publishing, via Getty Images

Li Xinyi, the owner of a chicken farm in the eastern city of Hefei, told a local news site that he had installed a large fan in his henhouse that he said could keep temperatures from exceeding 88 Fahrenheit, but said he was still getting fewer eggs than usual. Another farmer, in the central province of Henan, told a state news outlet that about 20 percent of his hens were refusing to lay eggs.

In Chongqing, a sprawling metropolis in southwestern China with around 20 million people, the heat has been compounded by a severe drought, parching 51 rivers and 24 reservoirs and disrupting the water supply of more than 300,000 residents. Several other provinces are also experiencing droughts that are expected to worsen in the coming weeks.

With scant rainfall, the Yangtze River, the world’s third-longest river, has receded to a record low, with water levels falling by 16 to 20 feet compared with the same period last year.

A panda cooling off on a block of ice at a zoo in Guangzhou last week.Credit…Agence France-Presse — Getty Images

“The situation of the reservoirs in the upper reaches of the Yangtze River is grim,” Liu Weiping, the deputy minister of the Ministry of Water Resources, said in a news conference on Wednesday, adding that the low level of rainfall and water flowing in from various river sources is expected to last until next month.

The drought has severely strained electricity supplies in Sichuan, a province heavily dependent on hydropower. The capacity of Sichuan’s hydropower plants has fallen by half, Zhou Jian, deputy chief engineer of the State Grid Sichuan Electric Power Control Center, said on state television.

To conserve energy, subway stations and trains in Sichuan’s provincial capital, Chengdu, turned off overhead lights to conserve energy, while office buildings there as well as in Dazhou, a neighboring city, were asked to stop using air conditioning. The province also issued an order to factories to suspend operations from Aug. 15 to 20, and Toyota and Foxconn, a supplier for Apple, were among companies that confirmed that their factories would comply.

Climate scientists said that the frequency and intensity of extreme weather events will increase in the next few decades, given the slow reduction in greenhouse gas emissions globally. Even as parts of China were parched with drought, other areas saw heavy rainfall, including in Xining, a northwestern city, where flash floods on Thursday killed 16 people and left 36 missing, state media reported.

“Everyone, from individuals to city governors and developers, should prepare for the new norm of extremes and be aware that those new extreme events can be dangerous,” he said.

The exposed bed of the Yangtze River in Chongqing on Wednesday.Credit…China News Service, via Reuters 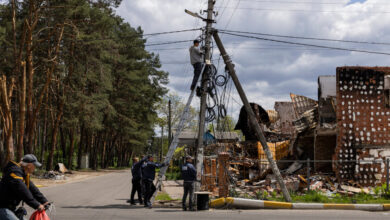 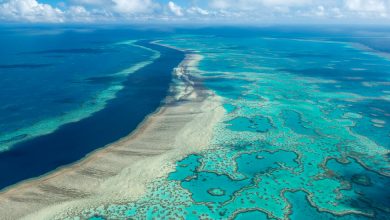 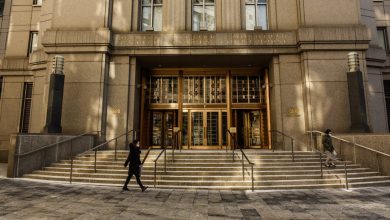 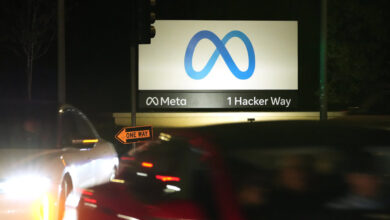