WASHINGTON — The Justice Department sought a search warrant for former President Donald J. Trump’s residence in Florida after obtaining evidence that highly classified documents were likely concealed and that Mr. Trump’s representatives had falsely claimed all sensitive material had been returned, according to a court filing by the department on Tuesday.

The filing came in response to Mr. Trump’s request for an independent review of materials seized from his home, Mar-a-Lago. But it went far beyond that, painting the clearest picture yet of the department’s efforts to retrieve the documents before taking the extraordinary step of searching a former president’s private property on Aug. 8.

Among the new disclosures in the 36-page filing were that the search yielded three classified documents in desks inside Mr. Trump’s office, with more than 100 documents in 13 boxes or containers with classification markings in the residence, including some at the most restrictive levels.

That was twice the number of classified documents the former president’s lawyers turned over voluntarily while swearing an oath that they had returned all the material demanded by the government.

The investigation into Mr. Trump’s retention of government documents began as a relatively straightforward attempt to recover materials that officials with the National Archives had spent much of 2021 trying to retrieve. The filing on Tuesday made clear that prosecutors are now unmistakably focused on the possibility that Mr. Trump and those around him took criminal steps to obstruct their investigation.

Investigators developed evidence that “government records were likely concealed and removed” from the storage room at Mar-a-Lago after the Justice Department sent Mr. Trump’s office a subpoena for any remaining documents with classified markings. That led prosecutors to conclude that “efforts were likely taken to obstruct the government’s investigation,” the government filing said.

The filing included one striking visual aid — a photograph of at least five yellow folders recovered from Mr. Trump’s resort and residence marked “Top Secret” and another red one labeled “Secret.”

But department officials are not expected to file charges imminently, if they ever do. And the specific contents of the materials the government recovered in the search remain unclear — as does what risk to national security Mr. Trump’s decision to retain the materials posed.

While the filing provided important new information about the timeline of the investigation, much of the information was mentioned, in less detail, in the affidavit used to obtain the warrant, which a federal magistrate judge unsealed last week.

The release on Aug. 26 of a partly redacted affidavit used by the Justice Department to justify its search of former President Donald J. Trump’s Florida residence included information that provides greater insight into the ongoing investigation into how he handled documents he took with him from the White House. Here are the key takeaways:

The government tried to retrieve the documents for more than a year. The affidavit showed that the National Archives asked Mr. Trump as early as May 2021 for files that needed to be returned. In January, the agency was able to collect 15 boxes of documents. The affidavit included a letter from May 2022 showing that Trump’s lawyers knew that he might be in possession of classified materials and that the Justice Department was investigating the matter.

The material included highly classified documents. The F.B.I. said it had examined the 15 boxes Mr. Trump had returned to the National Archives in January and that all but one of them contained documents that were marked classified. The markings suggested that some documents could compromise human intelligence sources and that others were related to foreign intercepts collected under the Foreign Intelligence Surveillance Act.

Prosecutors are concerned about obstruction and witness intimidation. To obtain the search warrant, the Justice Department had to lay out possible crimes to a judge, and obstruction of justice was among them. In a supporting document, the Justice Department said it had “well-founded concerns that steps may be taken to frustrate or otherwise interfere with this investigation if facts in the affidavit were prematurely disclosed.”

Among the most crucial disclosures were those concerning the actions of Mr. Trump’s legal team and whether they had misled Justice Department officials and the F.B.I.

The Justice Department effort began in May, after the F.B.I. examined 15 boxes of documents the National Archives had previously retrieved from Mar-a-Lago after months of asking Mr. Trump’s representatives to return missing records. The bureau found 184 classified documents in that initial batch.

On May 11, department lawyers obtained a subpoena to retrieve all materials marked as classified that were not turned over by the former president.

But one of Mr. Trump’s lawyers present during that visit “explicitly prohibited government personnel from opening or looking inside any of the boxes that remained in the storage room, giving no opportunity for the government to confirm that no documents with classification markings remained,” the filing said.

Mr. Trump’s team also provided the department’s national security division with a written statement on behalf of his office by one of Mr. Trump’s lawyers who was serving as the formal “custodian” of the files. While that person’s name has been redacted in government filings, multiple people have identified her as Christina Bobb.

Ms. Bobb’s statement was attached to the department’s filing on Tuesday. In it, the lawyer wrote that “based upon the information that has been provided to me,” there had been a “diligent” search and all documents responsive to the subpoena were being returned.

The F.B.I. “uncovered multiple sources of evidence indicating that the response to the May 11 grand jury subpoena was incomplete and that classified documents remained at the premises, notwithstanding the sworn certification made to the government on June 3,” the Justice Department filing said. “In particular, the government developed evidence that a search limited to the storage room would not have uncovered all the classified documents at the premises.”

The Justice Department obtained at least one more subpoena, for security camera footage from inside Mar-a-Lago, and the search warrant affidavit revealed that it had been working with multiple civilian witnesses. The result was the search warrant carried out on Aug. 8.

The filing noted that “the F.B.I., in a matter of hours, recovered twice as many documents with classification markings as the ‘diligent search’ that the former president’s counsel and other representatives had weeks to perform,” a fact that it said “calls into serious question the representations made in the June 3 certification and casts doubt on the extent of cooperation in this matter.”

Since the search of Mar-a-Lago, Mr. Trump has claimed he had declassified all of the documents there, and his request for the appointment of an independent arbiter known as a special master to review the trove of materials seized by the F.B.I. centered on a claim that some of the documents were protected by executive privilege. But prosecutors rejected that argument and said Mr. Trump’s lawyers “never asserted that the former president had declassified the documents or asserted any claim of executive privilege.”

Tuesday’s filing, which was released minutes before a midnight deadline imposed by a federal judge, accompanied a sealed list of the documents, many of them highly classified, that Mr. Trump retained at Mar-a-Lago. That inventory, filed earlier in the day, is likely to be far more detailed than the brief list included in the search warrant unsealed at the request of Attorney General Merrick B. Garland.

The department, inundated by a torrent of misinformation and vitriol unleashed on federal law enforcement officials by Mr. Trump and his supporters, has been using legal filings, rather than social media or public comments, to disclose the evidence and legal reasoning behind its actions. On Monday, prosecutors sought permission to extend the length of their response beyond the limit normally set by the federal court, a request that was quickly granted.

Mr. Trump’s legal team, which has at times been slow to respond to the government’s actions since the search, waited weeks to even file its request for a special master, which was intended to halt the examination of the documents. The delay allowed the government to complete its initial assessment of the material — potentially rendering the request moot.

On Tuesday, the Justice Department argued that a special master was “unnecessary and would significantly harm important governmental interests, including national security interests.”

It also argued that the judge lacked jurisdiction over the matter and that Mr. Trump “lacks standing to seek judicial relief or oversight as to presidential records because those records do not belong to him.”

Over the years, Mr. Trump has frequently taken legal steps simply to delay and disrupt efforts by opponents. If the court in this case were to temporarily block investigators’ access to the evidence taken in the search, it could hinder the separate effort to determine the national security risks posed by his possession of the documents, though it would not affect the assessment of the documents that Mr. Trump turned over in January and June.

The Trump appointee hearing the request, Judge Aileen M. Cannon of the U.S. District Court for the Southern District of Florida, has signaled that she was inclined to appoint a special master but wanted to first hear from the Justice Department.

On Monday, the government said it had set aside materials that could potentially be covered by attorney-client privilege, although Mr. Trump’s lawsuit had raised executive privilege, a different issue. A hearing on the matter is scheduled for Thursday in West Palm Beach, Fla.

The department’s decision to use a court filing as a vehicle to provide a more extensive explanation of the government’s actions — and to counter Mr. Trump’s legal claims — evolved over the last few days, and lawyers wrangled over small details until moments before it was filed, according to people familiar with the situation.

Mr. Garland, they said, remains deeply wary of speaking too much, cautioned by the example of James B. Comey, the former director of the F.B.I. whose high-profile pronouncements during investigations into Mr. Trump and Hillary Clinton were regarded as an egregious violation of departmental policy norms.

But after the Mar-a-Lago search, the department’s senior leaders quickly realized that Mr. Trump would otherwise seize on their silence with distorted claims.

So they have chosen the traditional path, using public filings to make their case — leavening the dense legal passages with explanations aimed at being more accessible to the public, officials said.

On Tuesday, Mr. Garland took another step geared at emphasizing his impartiality and fairness, imposing new restrictions on partisan activity by political appointees at the Justice Department, a policy change that comes before the midterm elections. The new rules prohibit employees who are appointed to serve for the duration of a presidential administration from attending rallies for candidates or fund-raising events, even as passive observers.

Mr. Trump, for his part, has dismissed concerns about the performance of his legal team, and told associates that he will ultimately prevail, just as he “won” by avoiding conviction in his two impeachment trials and in avoiding being charged in the investigation into his ties with Russia conducted by the special counsel Robert S. Mueller III.

On Tuesday, hours before the government filed its paperwork, Mr. Trump added a member to his legal team to focus on the trouble brewing in Florida, Christopher M. Kise, the state’s former solicitor general and an associate of Gov. Ron DeSantis, according to two people familiar with the situation.

Tags
All Had Legal Said That 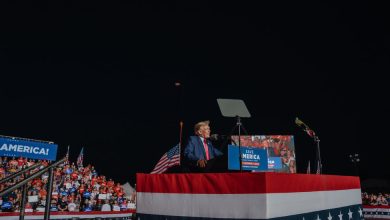 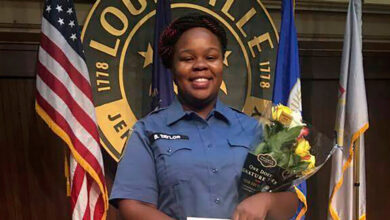 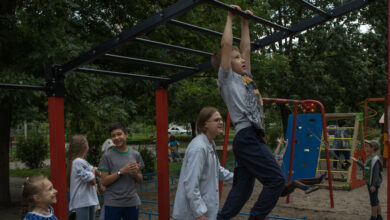 A Time for War, a Time for Play