A furious, wide-ranging argument is unfolding on the internet in China over the reversal of the government’s strict pandemic policies and the massive Covid surge that followed. The divisions are challenging the Communist Party’s efforts to control the narrative around its pandemic pivot.

Since the party abandoned “zero Covid” last month, many online commenters have staked out opposing positions over seemingly all manner of questions. Who should be blamed for the explosion of cases and deaths? Is a top government-appointed health expert trustworthy? Is Omicron really less severe, as Chinese officials now say, when hospitals seem to be filling up with sick patients? They are even arguing over whether people should be allowed to set off fireworks during the upcoming Spring Festival holiday, after many did so during the New Year.

The digital finger-pointing reveals a country that is deeply polarized, with each side distrustful and skeptical of the other — and, to varying degrees, of the party and its proxies. In some cases, the party’s own supporters are indirectly questioning its decisions, complicating efforts by the party’s censors and propaganda outlets to push its messaging.

“The sudden 180-degree turn from ‘zero Covid’ has precipitated a new crisis for which the government needs to explain to the people,” said Minxin Pei, a professor of government at Claremont McKenna College who studies Chinese politics. The party now needs to contain Covid infections, rescue an economy dragged down by its “zero Covid” policy, and repair the damage to its image caused by the chaotic reopening, Mr. Pei said.

If Beijing moves too hard to quash discord, it could further alienate many who had long defended “zero Covid” and who have been confused or disappointed by the sudden policy U-turn. But if it lets the arguments escalate, it risks muddying its message and seeding more uncertainty.

“It’s very damaging for Chinese society if society is divided into very antagonistic groups — who are equally powerless, equally helpless — and they accuse each other,” said Xiang Biao, a Germany-based expert on social issues in China.

Understand the Situation in China

The Chinese government cast aside its restrictive “zero Covid” policy, which had set off mass protests that were a rare challenge to Communist Party leadership.

By far, the more vocal side is made up of those who supported “zero Covid” — a mix of nationalist online influencers, conservative academics, and a number of trolls. Some saw the stringent policy as necessary to save lives in a country where medical services are uneven. Others adopted the party’s argument that “zero Covid” was a measure of China’s superior political model.

Some voices in the so-called “zero Covid faction” have sought to blame the protesters opposed to lockdowns for the current outbreak and rising deaths, even though the virus had been spreading wildly before the policy U-turn. They call those who supported the end of “zero Covid” “tangfei,” or “lying flat bandits,” an insulting variation of “lying flat,” a term used to refer to a slacker lifestyle that had earlier been co-opted by Chinese state media to criticize Western approaches to coexisting with Covid.

Implied in some of the criticism is that by undoing “zero Covid,” the party has empowered its detractors at home and in the West, and weakened its position even among its own loyalists. For a time, online influencers such as Sima Nan, a nationalist, even took to denigrating government-appointed experts such as Zhang Wenhong, a top epidemiologist in Shanghai who had argued against excessive lockdowns, suggesting that Dr. Zhang had misled the public about the severity of Omicron. The vitriol was so great that state media outlets soon called for such personal attacks to stop.

Emergency room patients crowded into the lobby and hallways of a hospital in Shanghai on Saturday.Credit…Qilai Shen for The New York Times

On the other side are those who have welcomed the resumption of school, work, business and travel as not merely a relief from lockdowns but a much-needed retreat by the Communist Party from everyday life. Many identify themselves as part of the “opening up” or “lift lockdowns” faction associated with the university students, migrant workers, residents and small-business owners who protested against “zero Covid” in November.

Even Xi Jinping, the country’s top leader, made a rare acknowledgment of the public disagreements, saying in a New Year’s address: “It is only natural for different people to have different concerns or hold different views on the same issue.”

For much of the past three years, Mr. Xi had brooked no opposition, brandishing the “zero Covid” policy as proof of the authoritarian party’s superiority in protecting people over that of chaotic Western democracies. Now, along with a mounting public health crisis, the authorities find themselves having to rein in their own usual defenders, those who had helped prop up “zero Covid” as the only way forward.

Tao Siliang, a member of China’s Communist elite, recently criticized Sima Nan’s attacks for contradicting the party’s new direction. On Thursday, Weibo, a social media site, moved quickly to shut down or suspend more than 1,000 accounts, including that of a prominent nationalist, Kong Qingdong, for waging personal attacks against experts and scholars.

“At this moment, what we need most is to abide by the 44-year-old parable: ‘Look forward in unity,’ do not challenge, tear apart, especially denounce or abuse,” the official newspaper of Zhejiang Province, in China’s east, wrote in a recent editorial.

But some “zero Covid” defenders, apparently disillusioned by the turn of events, rejected the call for conformity.

“Please tell me, why do I have to unite?” read a post that was liked 30,000 times and was written by a blogger on Weibo who described losing an uncle to complications caused by Covid. “On what basis should I be forced to accept the lone societal argument that everything is going great?”

Some see the opposition to reopening as mostly posturing by online personalities interested in attracting more followers, and predict that the anger will blow over once outbreaks peak and pass, and the economy recovers.

To Wu Qiang, an independent political analyst in Beijing, the online backlash is a sign of a deeper challenge to Beijing. Mr. Xi’s New Year address, he said, was a “rare recognition that he is facing objections, criticism and dissatisfaction inside and outside the party.”

At the same time, Mr. Wu said, Mr. Xi’s “zero Covid” policy of top-down control pushed people to question the party’s authoritarian approach, fanning a new political fervor that could, over time, gain momentum. “In some ways, if you look at things from the vantage point of the future, the current ‘lying flat’ faction is a broad foundation for a future Chinese opposition party,” Mr. Wu said.

Delivery drivers in Beijing scanning a health code to enter an area in lockdown in December.Credit…Kevin Frayer/Getty Images

If there is one issue that both sides seem to agree on, it is that the government is hurting its credibility by not providing reliable data on the extent of Covid outbreaks and deaths across the country.The official Covid death toll is widely ridiculed on Chinese social media as absurdly low. The World Health Organization and several countries have urged Beijing to share more data on hospitalizations and deaths. The information vacuum has fueled speculation by influencers and bloggers who have pushed their own conclusions and conspiracies around the policy pivot.

A key factor in the mutual infighting was the “collapse of public trust,” said Mr. Xiang of Oxford, who is also the director of the Max Planck Institute for Social Anthropology in Germany. “Government data, policies and experts’ opinion lost credibility.”

In a recent post on social media, Hu Xijin, the nationalist former editor of the Communist Party newspaper, Global Times, suggested that the party could afford to be more open to debate.

“Our society can have problems and difficulties, but there should not be too many things deemed ‘sensitive,’” he wrote.

“In other words, this country is very trustworthy and has the internal motivation to correct mistakes. ‘Sensitivity’ should not belong to China.”

Tags
Covid Have That The Party Who 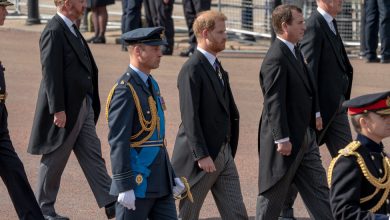 Britain Prepares for Another Installment in the Royal Family Drama 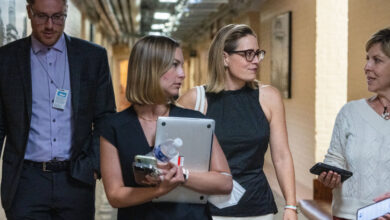 With Climate Deal in Sight, Democrats Turn Hopes on Sinema 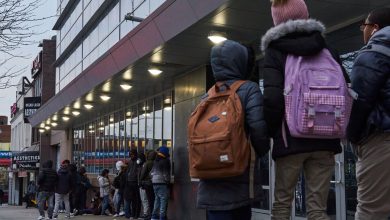 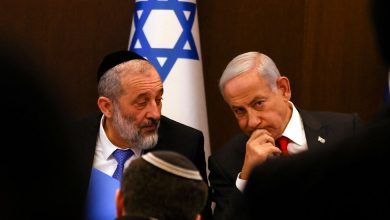