The Try Guys, a popular YouTube crew famous for trying things like testing their sperm count, karate, raising toddlers, shaving their legs and wearing crop tops, are officially down a Guy. Ned Fulmer, one of the titular Guys, is leaving the group, effective immediately.

By the time the guys announced Mr. Fulmer’s departure on Tuesday, many on social media were already divided into two distinct camps. The first: those who were familiar with the Try Guys and the infidelity leading up to this sudden announcement; and the second: those who were bewildered by the first group’s buzzing, and wondering, “What am I missing?’”

If you fall into the latter category, have no fear. We will try to explain.

Who are the Try Guys, and what is their schtick?

Mr. Fulmer, Keith Habersberger, Zach Kornfeld and Eugene Lee Yang were video producers at BuzzFeed when they started a new series in 2014. The name was quite literal: They were guys, and they would try stuff. In their first video, they tried on panties from Victoria’s Secret. “It feels like somebody put some string in my butt,” Mr. Habersberger says in the video after trying on a thong. In a 2015 video, the group tried a machine that simulates labor pain. (Imagine a lot of yelling.) Roller derby, baking bread without a recipe, skiing in Speedos, ballet, fast food galore: You name it, and they will try it.

The group left BuzzFeed in 2018 and formed its own production company, 2nd Try. In 2021, Digiday reported that the company had grown to nearly two dozen employees. The group’s Food Network show, “No-Recipe Road Trip with the Try Guys,” premiered in August 2022.

Seemingly no part of the guys’ lives was off limits. Here’s an office tour from Architectural Digest, if you’re so inclined. Mr. Fulmer’s wife, Ariel, who is an interior designer, helped design the space. Architectural Digest also has a tour of the Fulmers’ home, if you’d like to see that, too. (Remember this detail for later.)

Ms. Fulmer, known as one of the Try Wives, frequently appeared in videos on the Try Guys channel, where the group has 7.8 million followers, and had become a well-known face among fans of the franchise. The Fulmers co-wrote “The Date Night Cookbook” in 2021.

So why are people talking about them all of a sudden?

The short answer is social media. The longer answer is also social media, but with a few additional words. Online, fans had begun to notice that Mr. Fulmer had not appeared in the group’s most recent videos. He had also not appeared in the group’s most recent Instagram posts. On Twitter and on the Try Guys subreddit — a Reddit community devoted entirely to the group — rumors swirled that Mr. Fulmer had been engaging in an affair with a co-worker. By Tuesday afternoon, the group and Mr. Fulmer had issued statements appearing to confirm the rumors.

“As a result of a thorough internal review we do not see a path forward together,” the group said in a statement posted on Tuesday afternoon to its official Instagram account, where it has 1.5 million followers. “We thank you for your support as we navigate this change.” Mr. Fulmer also posted a personal statement on Instagram apologizing for what he described as a “consensual workplace relationship.”

What does Ariel Fulmer have to say about all of this?

Ms. Fulmer also issued a statement on her Instagram account thanking people who had reached out to her. “Nothing is more important to me and Ned than our family, and all we request right now is that you respect our privacy for the sake of our kids,” Ms. Fulmer wrote.

Until Tuesday, a tweet about the cookbook was pinned to the top of Mr. Fulmer’s Twitter feed. It has since been replaced by the same statement Mr. Fulmer also posted to Instagram.

Did this have something to do with Adam Levine?

Honestly, who can say for certain why this exploded in such a dramatic fashion? The Try Guys have millions of followers and a career spanning eight years online, no small feat for a space where attention is fleeting. But it’s more likely that a certain millennial population was already on high alert for such personal infractions. Earlier in September, Twitter users had a field day making memes about direct messages Maroon 5’s Adam Levine reportedly sent to a woman who is not his wife, the former Victoria’s Secret model Behati Prinsloo. “It is truly unreal how hot you are,” Mr. Levine is said to have written, using an expletive that is not fit for publication. “Like it blows my mind.”

“A lot is being said about me right now and I want to clear the air,” Mr. Levine wrote in a statement posted to his Instagram story that has since expired. “I used poor judgment in speaking with anyone other than my wife in ANY kind of flirtatious manner.” He denied having an affair.

In other marital news, the Boston Celtics suspended their coach, Ime Udoka, for the 2022-23 season over a reported “intimate relationship” with a colleague, according to The Athletic.

Wait, you said the house tour was going to be important?

Oh, right. Only in the sense that this should be a warning to us all of the dangers of oversharing on the internet. If you search Mr. Fulmer’s tweets for the word “wife,” you’ll find no shortage of tweets related to his adoration for Ms. Fulmer. (In internet parlance, this type of person is known, often disparagingly, as a Wife Guy.) On at least two occasions, Mr. Fulmer referred to his wife as “a saint.”

It Happened Online is a column in which we explain very particular bits of news enabled and amplified by social media. 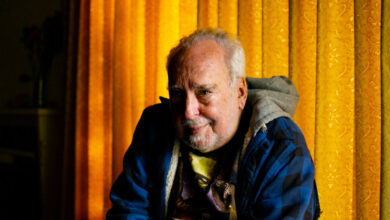 Peter Beagle, Author of ‘The Last Unicorn,’ Is Back In Control 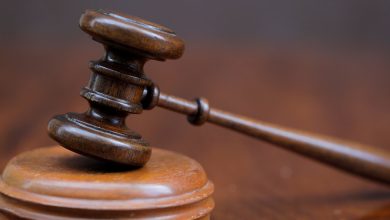 The Wrong Trump Judge at the Right Time Can Wreak Havoc 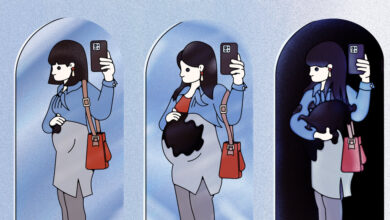 Even the Idea of Motherhood Is Lonely 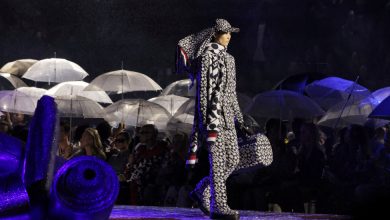 What Does Power Dressing Mean Today?