WASHINGTON — In the internet age, it’s almost impossible to get away with anything. (See: Adam Levine.)

And yet, some people still manage to pull off solo flights of destruction worthy of a megalomaniacal supervillain.

Vladimir Putin and Donald Trump, long entwined, continue on vile parallel paths: They would rather destroy their countries than admit they have lost.

They have each created a scrim of lies to justify lunatic personal ambition. And while it should be easy to see through these lies, both cult-of-personality leaders are able to con and bully enough people to remain puissant.

As our ancestors did, the Ukrainians are fighting an abusive overlord, against all odds, for democracy. It’s especially inspiring as a split screen with Trump and his MAGA forces trying to bulldoze democracy and rip away women’s rights. The Ukrainians are battling for a luminous ideal — unlike Trump and Putin, who are smashing a luminous ideal for their own benefit, driven by their dread of being called losers.

Both thugs are getting boxed in, Trump by a bouquet of investigations into his chicanery and Putin by an angry public pushback against his bloody vanity war.

America has its own history of lying itself into wars, in Vietnam and Iraq, for example, and then prolonging the killing of young soldiers as a sop to male politicians’ egos. Now it’s Russia’s turn.

Putin has doubled down on his unprovoked invasion of a neighbor — red-washed as a “special military operation” by the Kremlin. Now he has conscripted 300,000 men to join the front lines, commandeering school buses to drag the men to training camps — a move that sent draft-age men fleeing across the border and flocking to airports, amid tears and howls from women and children.

As Ian Bremmer noted on Twitter, Google searches in Russia for “How to break your arm” have skyrocketed.

The Washington Post said that 1,300 people were arrested at protests across Russia on Wednesday and Thursday. The Times reported that anti-draft protesters blocked a highway during a protest in Dagestan in southern Russia.

Pressured by allies and humiliated by his awful judgment in thinking that swallowing Ukraine would be a cakewalk, Putin seems ever more unhinged. The bodies of critics and oligarchs dying in “accidents” and “suicides” are piling up around him, like a scene in “Goodfellas.” He is ruining countless lives in concentric circles, from former friends, to Russian citizens yanked into a war they don’t believe in, to Ukrainians willing to die for freedom.

George W. Bush thought he could see into Pootie-Poot’s soul, and Hillary Clinton thought she could have a reset with him. But no one can deal with someone so inhumane.

On Friday, Russia began sham referendums in Russian-occupied territory in Ukraine to decide whether the territories want to be incorporated into the Russian state.

Ominous in balaclavas and hoisting guns, Russian soldiers forcing reluctant Ukrainians to vote stood next to election workers in Ukraine in what The Times called “a legally bogus pretext to gobble up their country,” recalling staged votes in 2014 in Crimea.

Of course, the United Nations, where world leaders gathered this past week for the General Assembly, has been toothless as Russia has pursued an illegal war reeking with criminal actions. But the United States has sent repeated warnings to Russia about severe consequences if it uses nuclear weapons.

“As we assemble here,” Secretary of State Tony Blinken told the U.N. Security Council on Thursday, “Ukrainian and international investigators continue to exhume bodies outside of Izyum, a city Russian forces controlled for six months before they were driven out by a Ukrainian counteroffensive. One site contains some 440 unmarked graves. A number of the bodies unearthed there so far reportedly show signs of torture, including one victim with broken arms and a rope around his neck.”

Both Putin and Trump are famous for accusing everyone else of their own sins.

Speaking at the U.N. on Thursday, Sergey Lavrov, the Russian foreign minister, said, “We have no doubt that Ukraine has finally turned into a Nazi-style totalitarian state where standards of international humanitarian law are trampled underfoot with impunity.”

Trump also constantly projects. And now he’s using telepathy. He told Fox’s Sean Hannity that he did not stash any classified papers at Mar-a-Lago because he merely had to think about declassifying them and it would be done. The Wizard of Id.

Just when you thought he couldn’t go lower, Trump said “Hold my Diet Coke.” He shared an image of himself sporting a “Q” pin, for QAnon, and has been reposting more QAnon garbage on his store-brand social media site.

It would be poetic justice to think the walls were closing in on Putin and Trump at the same time, because at some point, all this will become unsustainable. Losers, refusing to admit defeat. 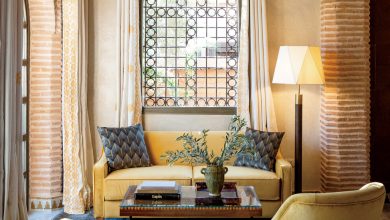 In Morocco, a Hotel That Offers the Luxury of Peace and Quiet 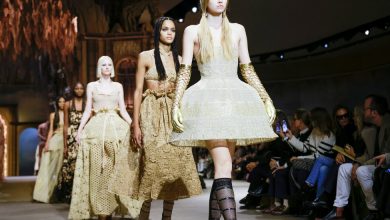 Hoop Skirts and Hoodies Redefined by Dior and Saint Laurent 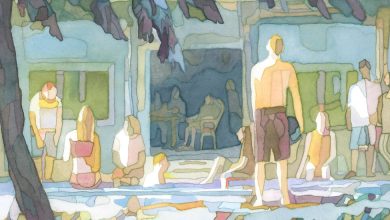 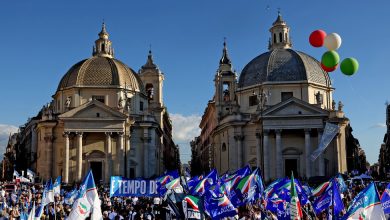 No, Italy Is Not About to Become an Autocracy