Despite living in an evacuation zone, Alecsander Haake did not leave his home in the St. Petersburg area in advance of Hurricane Ian. “My mom had work the day before they announced the evacuation — it was a bit too late,” Mr. Haake, 16, said by phone. “There’s a lot of traffic on I-4, so we just hunkered down.”

On Tuesday, Mr. Haake, who is a high school student, posted a TikTok video of a computer screen showing Ian’s predicted path across Florida. “Yo, yo, I live right there, on my mouse,” Mr. Haake says in the video, moving his cursor over the western coast of the state. “Give me a thousand followers, I’ll go live during the hurricane, bro.” If this goal was met, Mr. Haake claimed, he would run outside in the nude during the hurricane.

He got what he asked for — and then some. When he posted that video on Tuesday, Mr. Haake estimated he had about 150 followers. (On the app, a user must have at least 1,000 to use the livestreaming feature.) By Thursday, he had amassed a little over 25,000. “Obviously I wasn’t going to do that,” Mr. Haake said, referring to going outside naked. “I was not going to do that. That was a joke.”

He did ultimately go live on TikTok, fully clothed, just as Ian touched down around him. “It was just breaking in,” he said. “There was a bunch of wind coming through, and rain. I was just standing outside by my garage.” He streamed on TikTok Live for nearly four hours. He said that at one point, as many as 20,000 people had been watching him. Viewers could see the trees in Mr. Haake’s neighborhood blowing dramatically sideways. “Everyone like this, so it gets tons of viewers,” Mr. Haake said during the broadcast. “Can you guys hear when the wind swirls like that? The whistling? That’s kind of scary.”

As Hurricane Ian landed in Florida, some TikTok users took to the app to document and share real-time updates with the world. Many became citizen newscasters, providing critical briefings as the destruction ravaged the state, offering an intimate view of living through a hurricane that can only be provided by someone living through a hurricane. (Recent reports also indicate more and more young people are turning to TikTok as a news source and a search engine.)

“Well, you can’t send the news people out here,” Savannah Ault said of Thursday’s dangerous storm conditions. Ms. Ault, 23, lives in downtown Fort Myers, Fla., where her apartment complex was hit hard by Ian. She posted several TikTok videos recorded during the storm, which have since been viewed collectively over 20 million times.

Posting this critical content inadvertently came with a surge in attention and followers for Ms Ault. For others, that appeared to be the intended outcome.

Such videos highlight the disinformation concerns that have long plagued TikTok, particularly in recent months. In March, the app was flooded with footage from the Russia-Ukraine war. While many of the videos and livestreams were legitimate and offered an inside look at the unfolding events, plenty of others were ultimately debunked as fake, though not before being widely shared and viewed. For better or worse, harnessing disaster and trauma can be an effective way to garner attention and build a following on the app.

“The danger of the hurricane may increase the likelihood of views or clicks,” Jessica Maddox, an assistant professor of digital media at the University of Alabama, said of certain people appearing to capitalize on the storm on TikTok. “So, smart or not, the danger becomes a risk to try to take for views and the attention economy of social media.” “It’s absolutely not worth it,” she added.

For Ms. Ault, posting on TikTok wasn’t about attention but rather documentation. She did not have enough followers on the app to livestream during the storm, instead filming short clips as she stood on her second-floor apartment patio and posting them as TikTok videos. The water levels were so high that the apartments on the floor below were flooded, and several cars were almost entirely submerged.

“I just wanted to document how bad the damage is here — you never know with insurance, like, what they’re going to cover or not,” said Ms. Ault, who works at a brewery and as an assistant to a boudoir photographer. “So I wanted to at least get some video of what’s actually happening.” Ms. Ault was unable to evacuate before the hurricane because of car trouble unrelated to the storm. Her vehicle sustained some water damage, but Ms. Ault was grateful that it did not “float away.”

She described her brief ventures outside during the storm as terrifying. “You could barely open the door, the winds were so strong,” Ms. Ault said. “The wind would throw our bodies against the wall. I was gripping my phone as hard as I could, and I was kind of just getting the footage that I could to record, like, what’s going on. To let people know that we’re OK, but the bottom floor is definitely going to need help.”

Before posting about Hurricane Ian, Ms. Ault had 150 followers on TikTok. She now has over 41,000. On Thursday morning, she livestreamed herself walking around her apartment complex, narrating the destruction. Several strangers who live in the area and saw her livestream stopped by to make sure she and her neighbors were OK, Ms. Ault said.

Aaron Smock, 28, livestreamed on TikTok for hours on Thursday from his screened-in back patio in Bradenton, Fla. Mr. Smock and his wife spent several days before the storm preparing their home by boarding up windows and clearing out their yard. “It turned and it went east early, and that kind of scared everybody in town here,” Mr. Smock said. “It was kind of a mad dash in the last day before the hurricane got here because a lot of people weren’t ready for this to be a direct hit.” Several family members living in an evacuation zone joined Mr. Smock at his home to ride out the storm.

“I really wanted to just show people what’s happening, like, in real time, because I feel like hurricanes are definitely scary, but they get hyped up to a point where everybody’s just flat out terrified,” said Mr. Smock, who runs a charter boat business. “And also there are some trees around my house I figured were going to take a dive.”

During his livestream, a number of viewers commented with TikTok gifts — small animated items like roses and corgis that appear onscreen during the stream. Users pay the platform to send these gifts, which have real-world monetary value for the recipient, who can cash them out via PayPal. “I think at the end of the day yesterday, there was like thousands of gifts sent to me,” Mr. Smock said. “It turned into, I think it was like $30.”

He was right about his trees, many of which fell during the storm, along with the eight-foot-high fence around his yard. (Assessing the damage on Friday, Mr. Smock said that fortunately, there appeared to have been no other major damage to his home. Bradenton escaped the worst impact of the storm, which devastated shorefront communities in the Fort Myers area to the south.)

“I got a text from a buddy of mine that was in Jupiter on the other coast,” Mr. Smock said of a friend who was among his livestream viewers on Thursday. “He texted me every so often when a tree would fall and say, ‘Hey, man, you should go inside.’” 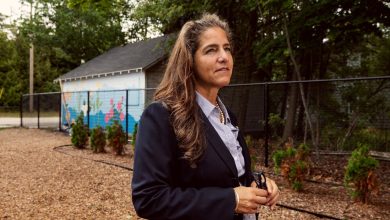 Daring to Speak Up About Race in a Divided School District 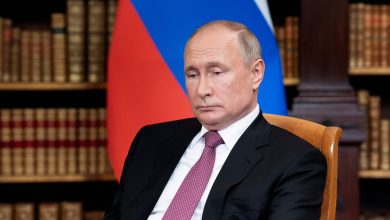 How Do You Handle a Wounded Putin? 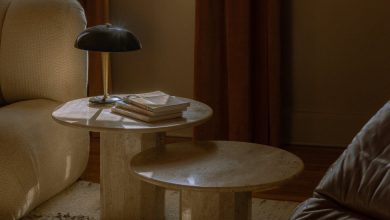 A Cinematic Los Angeles Apartment With Nods to David Bowie 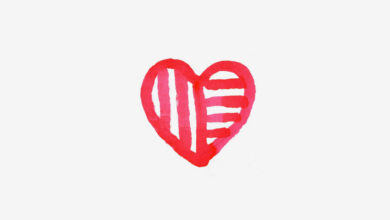