ST. LOUIS — After 19 years in the majors, and more than 18,000 innings crouched behind the plate, the old catcher has two World Series rings and has earned more than $170 million. After all of that, what is the next step? Traveling the world? Building a beach home? Plopping down in front of a television and disappearing from the limelight?

Yadier Molina, the longtime backstop of the St. Louis Cardinals, whose résumé is widely expected to land him in the Baseball Hall of Fame, doesn’t want any of that yet. Whenever the Cardinals’ season ends, he will immediately head to Venezuela to embark on his next chapter: managing.

Catchers are often called managers on the field because they are involved in every play and are the only players positioned facing out at the entire field rather than in at a batter. But Molina’s teammates and coaches said he has taken that role to another level thanks to his ability to see things that few else do.

Molina liked the taste he got when he managed his native Puerto Rico’s under-23 team in the Pan American Baseball Championship. But he has never managed at the professional level — at least, not formally.

Officially, Oliver Marmol is the Cardinals’ manager. Unofficially, Molina has been sharing those duties for quite a while.

“He’s been managing for years,” said Marmol, 36, a first-time manager who is four years younger than his catcher. “He’s one of the best baseball guys I’ve been around.” 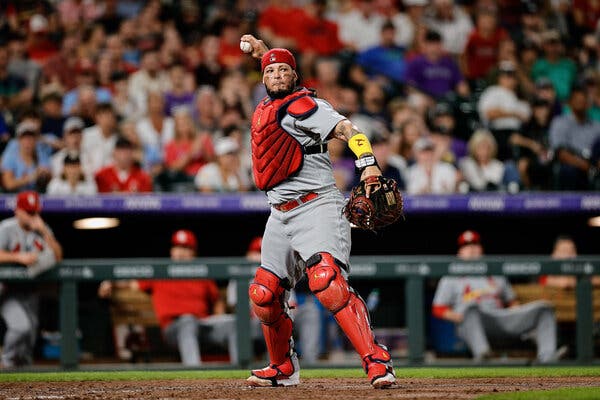 Yadier Molina has spent more than 18,000 innings behind the plate in the majors. He holds the career record for putouts by a catcher.Credit…Isaiah J. Downing/USA Today Sports, via Reuters

Managers do far more than set a lineup or run a bullpen. They serve as a liaison with front offices, which have shaped the game more and more over the decades. They serve as the team’s de facto daily spokesman. They help guide the morale of the clubhouse. Now Molina will get his chance to mold things as he chooses.

“He can be a little quiet, but he’s like an encyclopedia,” Cardinals pitcher Miles Mikolas said of Molina. “It’s not always open, but when you need an answer, you can open it and find one.”

Paul DeJong, a Cardinals shortstop, said he was surprised that Molina was headed to Venezuela to manage this winter since he thought his teammate would end up spending his time on his charitable efforts in Puerto Rico or coaching his professional basketball team (Bayamon Vaqueros) on the island.

But Molina said he couldn’t do the latter because he is the owner. He said he wanted to manage a baseball team in Puerto Rico but didn’t get the opportunity. So when two of his Venezuelan friends — José Martínez, a former teammate, and Pablo Sandoval, another former major leaguer — heard Molina was looking for a shot after playing, they tried to recruit him to their respective Venezuelan winter league teams. Sandoval’s team won.

And with that, Molina will dive into managing right away with the Navegantes del Magallanes, the defending champions of the eight-team Venezuelan Professional Baseball League.

Molina’s 19th season hasn’t gotten any easier, as he is still a force behind the plate for a first-place team.Credit…Joe Puetz/Getty Images
But the season has had light moments as well, including two appearances as a relief pitcher. His E.R.A. is 18.00.Credit…Scott Audette/Associated Press

“It’s something different, and I’d like to try it early and see how it goes,” Molina said recently in Spanish, adding that he was grateful the Magallanes gave him a chance. “And then after, I can decide if I want to do it over here.”

Here is, of course, the United States. And some believe that Molina, should he want to, has the skills and experience to be a big-league manager one day. Ask his coaches and teammates about the ways Molina took control of a hairy situation or spotted an opponent’s weakness during a game, and they will rattle off examples.

There was the time in May when the Cardinals were playing the San Francisco Giants and Molina picked up how his opponent motioned for the runner on first base to take off as the pitch was delivered.

“In that scenario,” Marmol said, “he was like, ‘I got a read on something. Just give me one pitch.’ If he does that, you know he’s got a grasp on it. Just stay out of the way.”

It worked: Molina threw down to second base to catch Joc Pederson in a rundown. These moments don’t surprise the Cardinals.

There was also that time in spring training — yes, even then Molina is hyper focused — when the bat flew out of the hands of the batter at the plate and everyone turned to watch it, including the runner at second base. Molina noticed and flung the ball across the diamond to try to pick off the runner. It might have worked, too, if the shortstop wasn’t also distracted.

“I’m sitting there watching, ‘That son of a gun,’” the Cardinals pitching coach Mike Maddux said. “Everybody is watching the bat but Yadi.”

Skip Schumaker, the Cardinals bench coach, played with Molina in the minor and major leagues. He said that in those days, when he played center field and second base, Molina would signal for him to move his position based on the batter and situation.

“And literally every time he did that, the ball was right there,” Schumaker said.

In the modern game, clubs have reams of data on where each batter is likely to hit the ball and in what counts, and players carry positioning cards with them as reminders. Coaches use that information to reposition fielders, calling out changes from the dugout. Schumaker said Molina has been allowed to overrule all that, even with stars like Chris Carpenter or the current ace Adam Wainwright on the mound, “because it works.”

Oliver Marmol is the manager of the St. Louis Cardinals. But even he acknowledges that Molina takes on many of the duties for that job.Credit…Scott Audette/Associated Press

Marmol said Molina has a great feel for reading an opponent’s swing — if he is too late or too early — and for what his teammate on the mound is succeeding at or struggling with that day. He also called Molina “super astute” for how he thinks ahead in games, such as not calling for his teammate’s best pitches until a critical moment, rather than showing them earlier when no one is on base.

At times, Marmol said, Molina will pick his brain on why he called for a certain reliever when he did. He admitted that he will occasionally explain to Molina in the dugout during a game which pitcher he is deciding to use in a certain situation. Sometimes, he will even solicit his input.

“It’d be dumb not to use the resources you have,” Marmol said.

When Luis Blasini, the general manager of Magallanes, heard from his boss earlier this year that Sandoval had reached out about Molina, he said he wasn’t surprised Molina wanted to manage. He knew what kind of playing experience Molina had, and he had seen him lead the Puerto Rican youth team years ago.

The Cardinals have had concurrent farewell tours this season, with Albert Pujols and Molina being celebrated by fans in their last stop at each city.Credit…Kim Klement/USA Today Sports, via Reuters

What surprised Blasini was the timing: Molina was still playing and it was in the middle of spring training. After an initial phone conversation, the men later met in person in Jupiter, Fla., where the Cardinals train before the season. It was after that when Molina, who said he has visited Venezuela before and has friends there, signed on for this winter.

“We’d love for it to be multiyear,” Blasini said in a phone interview. “But it’s his first experience. And we’re all sure Yadi will in the near future be a manager in the big leagues. We don’t know Yadi’s future in the majors. He may have a position with an organization, not just as a manager but in another role.”

But for now, Molina faces the upcoming pressure of the Cardinals’ playoff push (they lead the National League Central race by three games through Thursday) and then the Venezuelan winter league. (The Navegantes’ first game is scheduled for Oct. 22, the same day as Game 4 of the N.L. Championship Series.)

“In Venezuela, as well as other winter league countries, you don’t play to develop a player,” Blasini said. “You play to win today. And if you win, you have to win tomorrow.”

Carlos Mendoza, the Yankees bench coach and the manager of the Cardenales de Lara last winter, said every game in the league felt like Game 7 of the World Series. In the baseball-mad country afflicted by ongoing turmoil, a few playoff games attracted nearly 10,000 fans.

2006: Wainwright and Molina have been together in the majors on a full-time basis since 2006. Earlier this season they set the record for most wins by a battery.Credit…Elsa/Getty Images
2022: The teammates and friends are still going strong. To the point where Wainwright isn’t so sure that this will be the last of Molina.Credit…Jeff Curry/USA Today Sports, via Reuters

“There’s pressure from the media, the fans,” said Mendoza, a Venezuelan. He also cited the challenging nature of juggling a rotating roster everyday, particularly with restrictions from M.L.B. organizations on how much their prospects can play or pitch.

“It’s a lot of moving parts,” he added. “Then dealing with prospects and veterans on the way out. Managing the clubhouse is one of the toughest parts, of any level, but also there in Venezuela.”

Asked if he was ready for those challenges, Molina did not hesitate. “I’ve managed for 19 years in the big leagues,” he said. “And baseball is baseball. Here I’ve had a lot of pressure situations and I think it’ll be very fun to manage a team.”

But Molina’s longest running teammate isn’t so sure the catcher is ready to be at the helm of a team just yet, rather than playing for one.

“I’ll believe it when I see it,” said Wainwright, who has thrown more than 2,100 innings with Molina behind the plate over 17 years. “I think he’s going to play next year. I don’t know that, but you never know with him. He’s so impulsive. I never try to figure out what he’s thinking.”

Told of this, Molina, who was hitting .210 through Thursday and already missed time this season with a knee injury, shook his head and interrupted. “I’m done,” he said. Managing in Venezuela is indeed next.

Picture(s) of Excellence at the Open 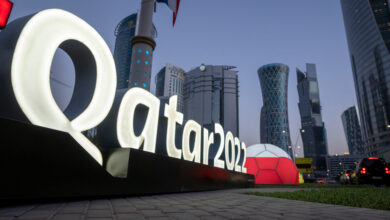 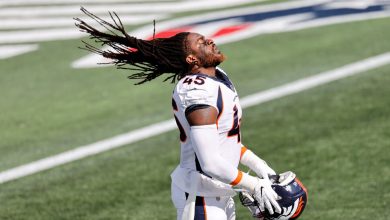 For Dreadlocked N.F.L. Players, Hair Is a Point of Pride 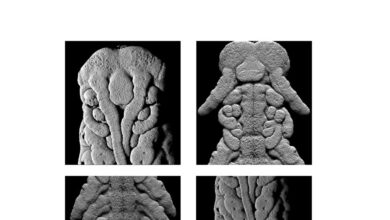 The Mysterious Dance of the Cricket Embryos