Last month, I wrote a harsh column about the Canadian euthanasia system, which has expanded rapidly over the past few years, with over 10,000 people ending their lives under its auspices in 2021. This week, I want to recommend two very different analyses of the Canadian experience.

The first comes from an article in the latest issue of The New Atlantis.Its author, Alexander Raikin, obtained internal material from Canada’s euthanasia bureaucracy showing its functionaries discussing in private what critics have charged publicly from the beginning: that a meaningful number of people who apply for euthanasia seem to be driven to it by poverty or difficulty accessing medical care as much as by physical or mental suffering, and that euthanasia providers can end up taking this for granted. To quote one of those providers, they might regret the “structural inequities” that influence who applies for euthanasia, but they don’t necessarily consider it their role to protect people “from the option of having an assisted death,” or to treat euthanasia as the “wrong outcome” just because the applicant might be having other issues.

Raikin goes on to consider two individual cases of people in such circumstances. One is Les Landry, a former trucker from Alberta with a history of suicidality who lost income from disability payments when he turned 65 and applied for medical assistance in dying (MAID) because he feels, in Raikin’s words, like “he no longer has the critical support he needs” to live his daily life. The other is Rosina Kamis, a chronically ill 41-year-old who was euthanized in September 2021: Her official reasons were physical pain from chronic leukemia, fibromyalgia and other conditions, but in private communications she told people that her suffering was more mental than physical, as much about isolation as pain: “I think if more people cared about me, I might be able to handle the suffering caused by my physical illnesses alone.”

As Raikin points out, both cases illustrate the tangle of motivations that might go into a decision for assisted suicide, and the impossibility of setting up a bureaucratic system that can reliably “distinguish a rational choice to die from a desperate cry for help.” Which suggests, in turn, that the more permissive and expansive your euthanasia regime, the more often a suffering person who is fundamentally asking for support will get approved for a lethal injection instead.

If Raikin’s article is a particularly vivid critique of bureaucratic euthanasia, Richard Hanania’s subsequent essay in defense of Canada’s euthanasia regime is a striking progression through different briefs in the system’s favor.

Hanania starts by defending the Canadian system in terms familiar from the moderate, cautious case for assisted suicide, which seeks to make it legal only as an exceptional form of end-of-life mercy, clearly separated from the way society attends to most forms of mental and physical suffering. He notes that even with the sharp increase in assisted deaths, the vast majority of the people being euthanized are terminally ill, and that the share of Canadian MAID recipients under 45 is still extremely small — with the implication being that the cases discussed by Raikin are still outliers, exceptions to the normal rule.

But Hanania goes further. First, he takes a more expansive libertarian position, critiquing any legal or medical presumption against assisting with a suicide, because it arrogates to the state the power to decide on “the right conditions” for making an exit from this life, instead of just letting the suicidal person make the decision for themselves. From this perspective, one might agree with Raikin that the health bureaucracy isn’t competent to determine Rosina Kamis’s true motivations for suicide — or anyone else’s for that matter — and still take the view that the state should err on the side of stated desires, and let personal liberty run its chosen course. So “the fact that the Canadian program is increasing rapidly does not by itself mean that anything is going wrong. It could just as easily indicate that people are too willing to infringe on individual liberty and force others to suffer against their will, and Canada is more morally advanced than the rest of the world in this area.”

And then — responding, in part, to some prodding from me on Twitter — Hanania goes further still, to a position that treats the suicides of people who might feel themselves to be “burdens on their family or the rest of society” as a not merely acceptable but potentially noble choice:

What’s more, he concludes, lots of people agree with him on this, judging by both polls and pop-cultural depictions of assisted suicide: “The Romans had a concept of ‘patriotic suicide’ in which death was preferable to dishonor, and despite two millenniums of Christian influence we can still be inspired by the idea.”

There is a lot to be said about Hanania’s argument, but I just want to take the last line and run with it for a moment, because it ties together with points I made in my original column. That piece started by discussing the video that a Canadian department store produced to celebrate assisted suicide — a watery, holistic, spiritual tribute to a 30-something woman who killed herself to escape her suffering from Ehlers Danlos syndrome. Part of my argument was that the video’s spiritual aspect wasn’t a coincidence, that the mass acceptance of euthanasia probably won’t replace the Christian prohibition on suicide with a libertarian or secular neutrality. Rather, a society that encourages euthanasia will eventually tend to sacralize it, reaching for pre-Christian or post-Christian narratives in which the decision to kill oneself is not just permissible but holy.

This point connects to one of my recurring themes — the idea that liberalism alone, liberalism as a pure procedural neutrality between competing worldviews, can’t really exist for very long as the exclusive ordering principle for a society. Instead, what we have called liberalism historically is really “liberalism-plus,” in which a constitutional order is framed with liberal principles, but then infused with some animating theology or ideology that orders lives, shapes politics and sets the terms of cultural debates.

In Hanania’s essay you can see a version of this play out just within the confines of a single piece of writing. He begins with a moderate argument that seems calculated to reassure people who want to be permissive on the edges, but also want the old Christian taboos on suicide to mostly be upheld. He moves from there to a more expressly libertarian perspective that sweeps biblical religion away entirely. And then he actively infuses this libertarianism with a kind of pseudo-Roman, pagan, pre-Christian case for suicide as a positive good, an appropriate service to the gods of the city and the hearth.

These gods need not be literal; I have no doubt that Hanania would disdain the woo-woo spirituality of the Canadian euthanasia video. But that kind of therapeutic, mystical post-Christianity and his refashioned stoicism are different versions of the same destination, two related examples of what de-Christianization yields — not just “free minds and free markets” and liberty for all, but a new theory of the good life, and with it a new set of conformist pressures.

This transformation is not a simple or rapid inevitability; a divided society can stay between worldviews, if you will, for quite a while. And Western society’s mixture of Christian, semi-Christian and post-Christian ideas helps explain the variation in euthanasia regimes across different developed nations — a variation that could last for some time, rather than everyone just converging on the Canadian approach.

But the fact that the old Christian taboos still have some restraining force should also make one a little skeptical of Hanania’s initial attempt at reassurance, his suggestion that the slope to 3 percent of all Canadian deaths may have been slippery thus far but you can rely on the native human preference for life over death to prevent developed nations from doing or accepting anything much worse.

This doesn’t reassure because you can see in Hanania’s own logic the potential for a much larger category of lives-not-worth-living: The degraded life, the depressed life, the painful life, the financially burdensome life. (Or the chronically ill life, to cite the territory of despair that I know best.) And you can see in our society’s current trends, our “social recession,” the potential for many more lives to be lived in psychologically tenuous or disposable-seeming conditions — whether because of health problems, seemingly intractable drug or gambling addictions, various forms of social isolation and worklessness, a friendless and post-familial existence.

In this environment, the Canadian proffer that the medical system may not be able to help you feel better, but it can always help you die, does not seem to me like a particularly self-limiting innovation. And if euthanasia is kept within limits or rolled back from its advances, I suspect it will be the old taboos and Christian prohibitions that make the difference, not a libertarianism that so quickly and easily yields to pagan destinations.

Arnold Kling on institutions and their dropouts after Covid.

Richard Hughes Gibson on the Victorian roots of modern spirituality.

Deborah Friedell on the career of Dorothy Thompson.

A guide to column writing by the late Paul Johnson.

A diagnosis of the Catholic situation by the late Cardinal George Pell.

This Week in Decadence

“In the past year, I’ve traced the decline of scientific breakthroughs and entrepreneurship, warned that some markets can strangle novelty, and investigated the domination of old movies and songs in the film and music industries. This year, a new study titled ‘Papers and Patents Are Becoming Less Disruptive Over Time’ inches us closer to an explanation for why the pace of knowledge has declined. The upshot is that any given paper today is much less likely to become influential than a paper in the same field from several decades ago. ‘Our study is the first to show that progress is slowing down, not just in one or two places, but across many domains of science and technology,’ Michael Park, a co-author and professor at the University of Minnesota, told me.

The researchers relied on a metric called the Consolidation-Disruption Index — or CD Index — which measures the influence of new research. For example, if I write a crummy literature review and no scientist ever mentions my work because it’s so basic, my CD Index will be extremely low. If I publish a paradigm-shifting study and future scientists exclusively cite my work over the research I rendered irrelevant, my CD Index will be very high.

This new paper found that the CD Index of just about every academic domain today is in full-on mayday! mayday! descent. Across broad landscapes of science and technology, the past is eating the present, progress is plunging, and truly disruptive work is hard to come by.”

— Derek Thompson, “The Consolidation-Disruption Index Is Alarming,” The Atlantic (Jan. 11)

Tags
Can Christian From That With 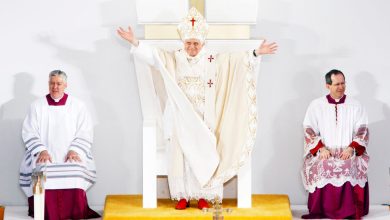 Pope Benedict Wasn’t Conservative. He Was Something Much More Surprising. 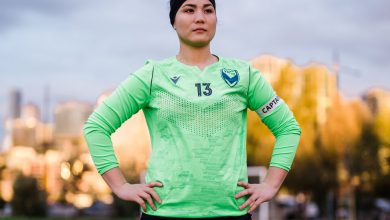 Her Escape From Kabul Was Supposed to Be the Hardest Part 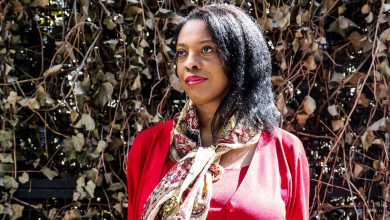 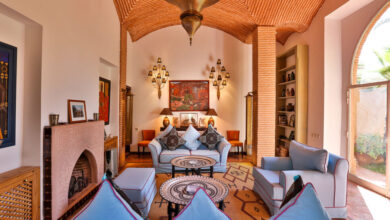 House Hunting in Morocco: A Modern Riad-Style House Outside Marrakesh