This may be it a little hard to remember amid the glow of record attendance at an electric 2022 U.S. Open, but tennis was not in a great spot when a promising young player from Switzerland with a goofy ponytail came along in the early 2000s.

Tiger Woods had somehow made golf cool for the masses. But tennis, the hot sport of the 1970s and 1980s, was predominantly a game of the elite, followed and played largely in a rarefied niche.

At the professional level, the men’s game essentially had one group of players who bludgeoned the ball and another that counterpunched. Andre Agassi was a rare exception who could do both and had some personality. Like a lot of players, though, he had an ambivalent relationship with the physical and emotional demands of a sport that seemed to make many miserable. There was not much joy to be found on the tennis court.

Then, after some rough, temper-filled early years on the pro tour, Roger Federer, with his terrible haircut and tennis outfit two sizes too big, suddenly had people oohing and aahing as the months passed in 2001.

“Baryshnikov in sneakers” is how the McEnroe brothers — John, the seven-time Grand Slam champion who had once garnered similarly lusty praise, and Patrick, the solid former pro and television commentator — often referred to Federer, comparing his style and grace on the court to ballet.

Cliff Drysdale, another former pro and longtime commentator, began to notice that whenever Federer took the court, the locker room would empty as players either went to the stands or huddled around a television set in the players’ lounge to watch a man who seemed capable of creating shots and playing with a style they could only dream of. Drysdale had not seen that since the days of Rod Laver, the great Australian who had dominated in the 1960s.

“When the admiration you receive extends beyond the fans to your fellow players, that is something,” Drysdale said Thursday in an interview. “And the players would watch all of Roger’s matches.”

Federer returning a volley from Lleyton Hewitt during a match at the 2005 U.S. Open.Credit…Robert Caplin/The New York Times

Here was a player who could play any style from any place on the court. There was an ethereal quality to the way Federer created shots, like a jazz musician, improvising solos.

How exactly does one hit a jumping, one-handed backhand on a ball that bounces to eye level? And the movement. Federer seemed to float across the court, the way a world-class sprinter flies down a track in a state of relaxation on his way to breaking a world record.

“He elevated the sport at a time when it desperately needed it,” Patrick McEnroe said Thursday. “And I don’t mean this to be a knock on any of the great champions who came before him, including one I know particularly well, but he brought a classic game back to the modern game, and he brought a certain class back to the sport.”

Once Federer got a haircut and some decent tennis clothes, his grace extended off the court. He appeared on the covers of fashion magazines. He hobnobbed as easily with C.E.O.s and heads of state as he visited with sick and impoverished children. He launched a foundation that has donated tens of millions of dollars to education in Africa, where his South African mother was born.

“I always said that Arthur Ashe and Stan Smith were good players but great people,” said Donald Dell, a co-founder of the ATP, as well as an agent and tennis promoter. “Roger is a great, great player and greater person off the court, who became as good an ambassador for a sport as you could have when it needed it.”

The trophies arrived by the truckload. By the end of 2008, when he was still just 27 years old, he had already won 13 Grand Slam titles, one behind the record. He would win seven more Grand Slam singles titles before he was done, and he was still winning them long past the age when anyone thought a tennis player could compete at the highest level.

Rafael Nadal arrived to become a chief rival in the early 2000s, and then Novak Djokovic crashed the party and turned tennis into the three-way battle that has brought the sport to unprecedented heights.

Federer made people feel like they were watching sport as a form of art. He was not simply playing tennis; he was redrawing the geometry of the court, hitting shots into spots where balls rarely bounced, from angles no one had seen. The novelist David Foster Wallace, who had been a decent junior player growing up in the Midwest, wrote about Federer the way others wrote about Vladimir Nabokov or Vincent van Gogh.

The grace hid other qualities that led to his success. During his initial run of Grand Slam titles, wins seemed to come so easily that they masked just how competitive Federer was.

That became clear after the 2009 Australian Open. He cried during the trophy ceremony after Nadal beat him in a third consecutive Grand Slam final, a stretch that included their epic five-set duel at Wimbledon in 2008 in what many consider the greatest professional tennis match ever played.

“It’s killing me,” he said of the losing streak.

He channeled the pain into getting back to the top after everyone had thought his time had passed. He did this not once, but twice, the second time when he was 36 years old and won the last of his Grand Slam titles, and his third after his 35th birthday — an absurd concept then that Federer, Nadal and Djokovic have now made seem practically normal.

The grace also masked an assassin-like ruthlessness that could torture opponents. Nick Kyrgios, the temperamental Australian star, has said that Federer is the only player who has ever made him feel like he really did not know what he was doing on a tennis court.

Check some of the old score sheets. Amid the carnage is a 6-0-6-0 bludgeoning of Gaston Gaudio of Argentina, a French Open champion, at the ATP Masters in 2005; there is a 6-0, 6-1 destruction of Andy Murray in the ATP Tour Finals in London in 2014.

In 2017 during the Wimbledon final, Marin Cilic suffered a blister on his foot midway through the match that rendered him nearly unable to compete. Cilic cried as he sat in his chair and received treatment from a trainer. Federer paced menacingly on the other side of the net, a look of disdain in his eyes, like a prize fighter wanting his opponent to get up so he could hit him again.

And yet, as soon as Federer’s matches ended, all of that edge drifted away as the assassin turned back into a statesman — all smiles and gratitude for his opponents, for sponsors, for fans, for the staff at tournaments, even for journalists.

“I don’t think the guy has ever had a bad day in his life,” said John McEnroe last month, marveling at how effortlessly Federer handled the demands of celebrity that had nearly crushed McEnroe in the 1980s.

Paul Annacone, one of the few people to coach Federer, was asked last year why he thought Federer was attempting to come back from knee surgery at 39 after a long layoff that had coincided with the start of the pandemic. He said Federer simply loved tennis — the competition, the travel, the fans, all of it — and that allowed his personality to flow.

Federer signing autographs during Aurthur Ashe Kids’ Day before the start of 2008 U.S. Open.Credit…Michael Nagle for The New York Times

“His legacy is grace,” said Mary Carillo, a former player and current broadcaster. “Grace in the way he played. Grace under pressure. Grace with children. Grace with kings, with queens. Grace when he moved, when he sat still, when he won, when he lost. In French, in German, in English. In Afrikaans. It was just in his bones to be that way.”

Tags
Federer Had Player Tennis That 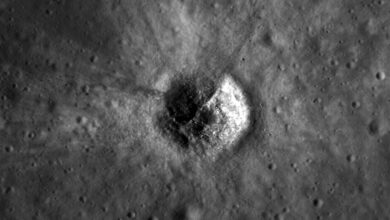 Why NASA Is Going Back to the Moon 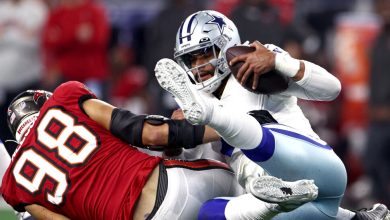 Things Started Poorly for the Cowboys, and Then It Got Worse 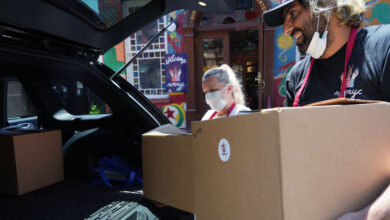 How a Couple Who Started a Food Bank Spend Their Sundays 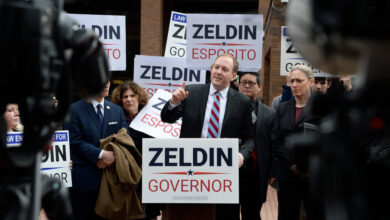