SAN DIEGO — A glittering class of free-agent shortstops awaits baseball’s highest bidders as, for the first time since 2019, the league will gather for the winter meetings, which begin on Sunday.

The meetings were canceled in 2020 because of the coronavirus pandemic and were axed in 2021 because of the owner-imposed lockout. While some may question the need for old-fashioned face time in San Diego in an age of conducting trade talks via text messages and emails, the four-day gathering still generates enthusiasm, adrenaline, a free-agent frenzy — and deals.

“I think it’s a good thing for the game,” Alex Anthopoulos, Atlanta’s president of baseball operations, said during a telephone conversation this week. “Anytime you have the opportunity to gather and talk baseball, and baseball is in the news, it’s a good thing.”

Four shortstops who helped their teams win World Series over the past six seasons have filed for free agency and will help set the tone when it comes to roster construction both this week and beyond: Carlos Correa (2017 World Series winner with Houston), Xander Bogaerts (2018, Boston), Trea Turner (2019, Washington) and Dansby Swanson (2021, Atlanta).

There is no shortage of top-shelf options beyond the shortstops, with stars like the outfielder Aaron Judge and the right-handed starting pitchers Justin Verlander and Jacob deGrom on the market.

“Without getting into specifics, I can say I’m having active and pretty regular dialogue on a number of fronts,” Mets General Manager Billy Eppler said Thursday when asked about deGrom, who has spent his entire nine-year career with the Mets. “The volume of phone calls and connections we’re making on a daily basis on the starting and relief and position-player market, it’s pretty constant.”

Carlos Correa was considered the top free agent last off-season but he took a short deal with a high annual salary. This year he is likely to seek a long-term contract.Credit…Jordan Johnson/USA Today Sports, via Reuters

The Mets, of course, are set at shortstop. When they extended Francisco Lindor for 10 years and $341 million before the 2021 season, it was — and remains — a record for shortstops. It also was a market-shaping deal for this winter’s group of Turner, 29; Correa, 28; Bogaerts, 30, and Swanson, 28.

“They’re all phenomenal players,” said Jerry Dipoto, Seattle’s president of baseball operations. “It’s funny, every year, the top of every free-agent market is always awesome. They’re great players. Just to get to major league free agency is such a unique thing. It’s rare for a player to play that long and get to that stage of his career, and for this many star players to hit the market at the same time, it creates opportunity.”

Deep-pocketed teams are expected to shell out eight or nine years and $260 million or more to Correa and Turner and seven or so years and $150 million-plus to Bogaerts and Swanson. But Dipoto was referring to the scramble among teams to fill roster spots after those top players sign, and to the scrum among players currently occupying roster spots who will become available as free agents take their jobs.

“It does create action, and to me, that’s the fun stuff, what happens afterward,” Dipoto said. “That’s when you see 30 teams involved rather than the few who might be engaged in the free-agent pursuit. It opens a lot of opportunities that may be appealing.”

Turner, Bogaerts and Swanson all declined the standard one-year, $19.65 million qualifying offer from their 2022 employers, which means they will come with a cost of a compensatory draft pick each player’s destination must pay his old team.

Correa, who exercised an opt-out clause after just one year in Minnesota, does not have a pick attached to him. That could make him a little more attractive at the margins. Though one soap opera twist with him is whether the Los Angeles Dodgers will become involved in his pursuit after his role in the 2017 Houston cheating scandal, which could make him hard to accept for the still-bitter Dodger fan base.

Of course, players have crossed lines before under emotionally charged conditions. Think of the Yankees spiriting away Wade Boggs before the 1993 season and Johnny Damon before the 2006 season from the Red Sox. Both went on to win a World Series in the Bronx.

This is the second consecutive winter that shortstops are a prime focus of free agency. Last year, Texas signed Corey Seager (10 years, $325 million). Detroit signed Javier Báez (six years, $140 million). Boston signed Trevor Story (six years, $140 million) and moved him to second base so Bogaerts could remain at shortstop. And Minnesota signed Correa (three years, $105.3 million, but with an opt out clause after one year that Correa exercised).

This year’s group is even more attractive, according to most talent evaluators, especially defensively.

There also is the chance that contenders will have some gaping holes to fill after the four shortstops sign. The Twins are said to be interested in Bogaerts if Correa prices himself out of their market. Turner has been a sparkplug for the Dodgers since they acquired him from Washington, along with Max Scherzer, at the trade deadline in 2021.

Dansby Swanson picked a great time to have a career year for Atlanta. He hit .277 with 25 home runs and now gets to test free agency.Credit…Adam Hagy/Getty Images

The Dodgers have not telegraphed their plans for this winter — but also have not shown much of an appetite to pay what Turner is expected to command. There is even some speculation that the Dodgers could play Gavin Lux at shortstop, move Mookie Betts from right field to second base and seek an outfielder to fill out their roster.

“Now it’s about really rolling our sleeves up and digging in,” Andrew Friedman, the Dodgers’ president of baseball operations, said at an end-of-season news conference following his team’s shocking loss to the San Diego Padres in an N.L. division series, adding that his group would use the unexpected time it had in October wisely to review, study, and “do everything we can to pick ourselves off the ground and be the best team out there next year.”

Atlanta, which moved quickly to acquire first baseman Matt Olson when it failed to reach an agreement with the franchise icon Freddie Freeman last off-season, again faces a seismic roster decision with Swanson, a Georgia native. Anthopoulos declined to speak specifically about the club’s situation with Swanson, saying only, “we’re open minded to everything. I don’t view it as ‘We need this’ or “We need that.’ I don’t view it as locking into certain things.”

Anthopoulos has plenty of company in his creativity and open-mindedness. The Dodgers have played Betts, a former infield prospect, some at second base already and they’ve moved players like Lux, Cody Bellinger and Chris Taylor all over the field. The Padres (Jake Cronenworth, Jurickson Profar, Wil Myers), Tampa Bay (Ben Zobrist, going back a few years, and several others) and more have had success doing the same.

“I think this generation of baseball front offices has been very much in tune with trying to maximize the value of the 26-man roster,” Dipoto said.

Jerry Dipoto got to celebrate ending his team’s 20-season playoff drought in 2022, but he has shifted gears to building his 2023 roster.Credit…Joe Nicholson/USA Today Sports, via Reuters

The Mariners, who in October broke a 20-season playoff drought, don’t figure to land one of the four shortstops. But they are positioned to strike if opportunity beckons. While they currently have J.P. Crawford at shortstop and Dylan Moore at second base, Dipoto would love to acquire an “impact player” for the middle of the infield and “figure out” where everyone plays later.

He’ll have just that opportunity at the Grand Hyatt in San Diego, though in making 138 trades (and counting) since taking control of the Mariners’ baseball operations group in September 2015, Dipoto has proved he doesn’t need the winter meetings to acquire players.

One of those trades, however, showed how dedicated Dipoto is to his craft.

Just as Jim Hendry of the Chicago Cubs had pushed through a contract in 2006 for pitcher Ted Lilly despite being taken to a Florida hospital at the winter meetings to be treated for a heart attack, Dipoto refused to let his own health issue stand in the way of a deal at the meetings in 2018.

While being treated for blood clots on his lungs, Dipoto helped engineer the Mariners through a three-way trade with Cleveland and Tampa Bay. Because Seattle was sending cash in the trade to Cleveland, the deal required Dipoto’s approval. So the team’s assistant general manager, Justin Hollander, with Manager Scott Servais in the room as well, took a photo of Dipoto giving a thumbs up from his hospital bed and sent it to Cleveland’s brass.

Now, as the winter meetings resume after two years off, here’s to a productive week — and to good health for the executives who are trying to make their teams better.

Tags
Age Player That With Year

Elon, the Mosh Pit Called. It Wants ‘Hard Core’ Back. 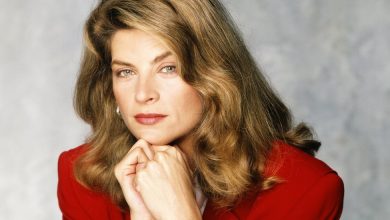 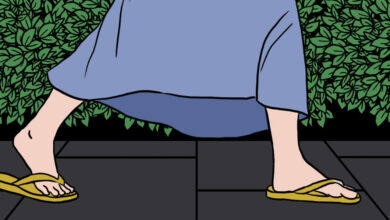 The Rats Next Door Are Dangerous. What Can I Do About It? 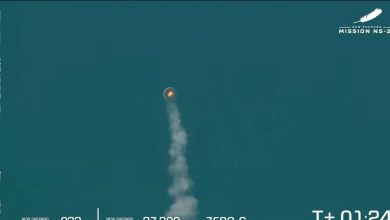