In a significant shift, the Major League Baseball Players Association took a step toward organizing minor league players, sending them authorization cards on Sunday that would allow them to vote on becoming members of the union.

Having played for more than 100 years without a formal union, the players of minor league baseball lack formal representation and thus cannot collectively bargain over wages or working conditions. In recent years, minor league players and advocacy groups have become more vocal about the players’ struggles and have gotten the attention of Congress (and the Department of Justice, in terms of M.L.B.’s antitrust exemption).

The executive board of the union, which has long declined to represent minor leaguers in part because the interests of the two groups can be at odds, recently voted to take this step and the union announced the effort on Monday. In an email to agents on Sunday, Tony Clark, the executive director of the players’ union, said that the decision to attempt to unionize the minors was based largely on the “unprecedented momentum for positive change” that players and advocacy groups have created in recent years.

If successful, an estimated 5,000 minor league players would form a separate bargaining unit within the larger union.

“Minor leaguers represent our game’s future and deserve wages and working conditions that befit elite athletes who entertain millions of baseball fans nationwide,” Clark said in a statement on Monday. “They’re an important part of our fraternity and we want to help them achieve their goals both on and off the field.”

According to the National Labor Relations Board, a union can be formed in two ways. First, if at least 30 percent of workers sign a card or petition saying they want a union, the N.L.R.B. will conduct an election. And if the majority of those who vote choose a union, the board will certify the union as the representative for collective bargaining. Second, the employer can voluntarily recognize the union based on evidence — “typically signed union-authorization cards,” according to the board — that a majority of employees want it to represent them.

The Brooklyn Cyclones, a Mets affiliate, play in Coney Island. There has been a push in recent years to reform compensation for minor leaguers. Credit…Lucia Buricelli for The New York Times

Baseball’s union already represents players as they enter the professional ranks, such as players selected in the domestic amateur draft or international amateur free agents. But once they sign with an M.L.B. organization, the players are not represented by the union again until they are added to a team’s 40-man roster (1,200 total across all 30 M.L.B. teams).

While some players live off large signing bonuses negotiated in their first contracts, many have to work second jobs to make ends meet. According to Advocates for Minor Leaguers, a nonprofit founded two years ago that has spearheaded this fight, the “vast majority” of minor league players “make less than $12,000 — below the federal poverty line.”

Through a spokesman, M.L.B. declined to comment about the unionization effort on Monday.

M.L.B., which took over and began reorganizing the minor leagues two years ago, has long argued that those players were similar to apprentices in fields like art, music and theater who are working to break into a higher echelon of their trade in which they would be handsomely compensated. According to M.L.B., the average time spent in the minor leagues was roughly two and a half years. The minimum M.L.B. salary in 2022 is $700,000, while the average is $4 million.

In a letter to the Senate Judiciary Committee last month, M.L.B. Commissioner Rob Manfred wrote that “58% of drafted minor league players receive a signing bonus of $100,000 or more when they enter their initial contract. Those players who do not command larger signing bonuses generally will have very short baseball careers and transition to other careers in their early-twenties, and are truly seasonal employees who are free to obtain other employment or continue their education during the off-season.”

He continued, “And during those few years they are pursuing their dream of becoming a major league player despite the long odds, they are provided with health insurance, housing benefits, pension benefits, meals, and often tuition reimbursement to obtain a college degree or other training/education — benefits that are not available to most college-age employees in this country when they enter the workforce.”

Under the proposed agreement, M.L.B. must formally notify all major league clubs that they can no longer prohibit teams from paying players during spring training, extended spring training or any work period that is not during the championship season, which includes the regular season and the playoffs.

In 2021, M.L.B. raised pay for minor league players, with Class A minimum salaries rising from $290 to $500 a week and Class AAA salaries increasing from $502 to $700. And this season, it enacted a housing policy under which all 30 M.L.B. teams were required to furnish housing to most players. (In the past, players often had to pay for their own housing, which resulted in instances where several would jam into a single room of an apartment.)

In Clark’s email to agents, he wrote: “Poverty wages, oppressive reserve rules, discipline without due process, ever expanding off-season obligations, appropriation of intellectual property, substandard attention to player health and safety, and a chronic lack of respect for minor leaguers as a whole (to name just a few) — these cancers on our game exist because minor league players have never had a seat at the bargaining table. It’s time for that to change.”

While acknowledging the work of advocacy groups, the union also announced that it would be absorbing one of the most prominent of those groups: Advocates for Minor Leaguers. The group said it will cease day-to-day operations and that each member of its staff has accepted a new role with the union.

“This generation of minor league players has demonstrated an unprecedented ability to address workplace issues with a collective voice,” Harry Marino, the outgoing executive director of the nonprofit, said in a statement. “Joining with the most powerful union in professional sports assures that this voice is heard where it matters most — at the bargaining table.”

Tags
Can Major That Union Who 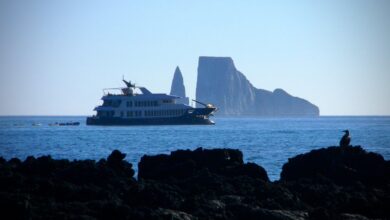 How to Tread Lightly in Fragile Places 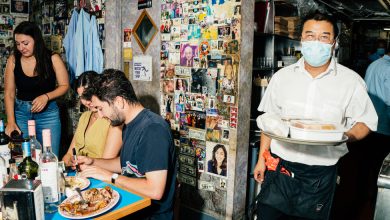 In the City That Never Sleeps, Some Doors Now Close at 10 p.m. 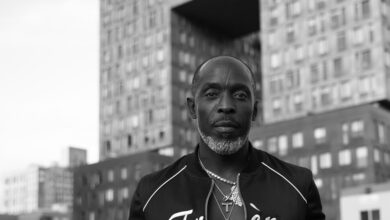 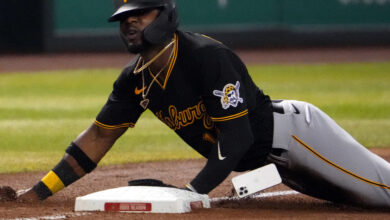