Two words echoed among the Liberty’s players in the days before the start of the W.N.B.A. season: “defense” and “identity.”

They said they needed to get better on defense. (And they did do that.)

They said they wanted to be known as a tough and winning team. (They won, but not as much as they had hoped.)

Then two new words forced their way into the Liberty vocabulary during a season of injuries, comebacks and losses: “adversity” and “resilience.”

“Being along for the ride through a lot of the adversity that we faced this season is something that I’ll definitely learn from,” Liberty guard Sabrina Ionescu said.

She continued: “It’s just helped me understand what it takes to win, and sometimes those wins weren’t pretty, but we found a way.”

The Liberty’s season ended Tuesday with a first-round playoff loss to the Chicago Sky, the No. 2 seed and the league’s defending champions. The best-of-three series, like the Liberty’s season, showed the team’s promise, and its pitfalls. On Thursday, as several players and Coach Sandy Brondello reflected on the year, they praised one another for persevering but wished that they hadn’t needed to be so resilient.

She added: “And still being able to make that playoff push was really good for us. And just imagine if we had all of that the entire season where we would’ve ended up: We’d probably still be playing right now.”

The Liberty opened the season with a tight win at home over the Connecticut Sun, then plunged into a seven-game losing streak. They lost both Laney and Jocelyn Willoughby to injuries during the streak, a blow for a team hoping to make its name on defense and toughness. Brondello said Laney, a 2021 All-Star, was the team’s toughest player and Willoughby was one of its best defenders. Other players were in and out of the lineup all season with a variety of maladies, including a concussion, a hamstring injury and a chin laceration.

It was difficult to build chemistry, which is important for every team but especially a young one with a new head coach. Brondello was in her first season with the Liberty after eight seasons with the Phoenix Mercury, a veteran team that won a championship in her first season there in 2014. She said coaching the Liberty had required more teaching and patience, but she did not have to deal with anything that she had not seen before.

Before the season, Brondello said she hoped to build a tough, defensive team with an “aggressive mentality.” The Liberty were that kind of team at times — when they went on a 13-0 run to seal a Game 1 playoff victory against the Sky in Chicago — but their inconsistency cost them. A 16-0 Sky run in the fourth quarter of the decisive Game 3 in Brooklyn pushed a victory out of reach.

“They need to feel pressure,” Brondello said of her team’s young players, adding that she would look to add more experienced players during the off-season.

“We’re just a few pieces off,” she said.

Ionescu, 24, who was named to her first All-Star team this year, was the team’s top scorer with 17.4 points per game and led the Liberty with 6.3 assists per game. Forward Natasha Howard, a past defensive player of the year, led the Liberty in rebounds (7.3) and steals (1.3) per game. Ionescu, who had two triple-doubles this season, was just behind Howard with 7.1 rebounds per game. 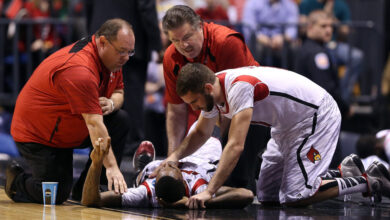 A Break That Never Fully Heals 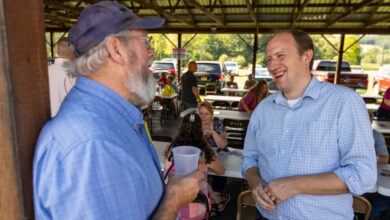 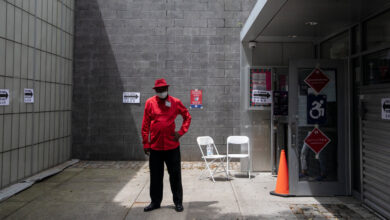 New York: Here’s how to vote, where to vote and who’s on the ballot.