If last week’s 15 rounds of balloting for House speaker proved anything, it’s that Democrats like their congressional leaders a lot more than Republicans do.

While Democrats again and again voted unanimously for Hakeem Jeffries, Kevin McCarthy endured insult after insult from his side of the aisle. Matt Gaetz, Republican of Florida, mocked Mr. McCarthy for having “sold shares of himself” to win the speaker’s job. Tucker Carlson said Mr. McCarthy’s “real constituency is the lobbying community in Washington.” A poll last month by Monmouth University found that only 9 percent of Republicans approve of Mr. McCarthy. By contrast, 59 percent of Democrats approve of his predecessor, Nancy Pelosi.

It’s not just Mr. McCarthy. According to that same poll, the Senate minority leader, Mitch McConnell, has a net approval rating of negative 23 percent among his fellow Republicans, while the majority leader, Chuck Schumer, has a net rating of positive 33 among his fellow Democrats. The Republican disdain for the people who lead them on Capitol Hill is nothing new: At the 2016 Republican National Convention, Mr. McConnell was booed. When John Boehner, Republican of Ohio, left the speakership in 2015, his approval rating was underwater in his party, too. Eric Cantor, the former House majority leader once considered the leading candidate to replace Mr. Boehner, was defeated for re-election in 2014 by a right-wing insurgent who spent only about $200,000 on his campaign.

Why are Republicans so much more dissatisfied than Democrats with their congressional leaders? It’s not as if those leaders have been markedly less effective. Sure, Democrats have passed big spending and environmental bills during Joe Biden’s presidency. But while Donald Trump was president, congressional Republicans enacted a huge tax cut. They also engineered a transformation of the Supreme Court that is likely to tilt federal policy to the right for decades. No one can credibly claim that Mr. McConnell is a lousy legislative strategist.

The problem isn’t that Republicans don’t win legislative victories. It’s that legislative victories can’t answer the party’s underlying discontent, which is less about government policy than about American culture. Democrats worry about voting rights, gun control, climate change and abortion — enormous challenges, but ones that congressional leaders can at least try to address. What Republicans fear, above all, is social and demographic changes that leave white Christian men feeling disempowered, a complex set of forces that Republicans often lump together as “wokeness.”

Representative Paul Gosar of Arizona, who had voted against the last two Republican speakers before initially opposing Mr. McCarthy as well, claimed last year that the United States was imperiled by Democrats who “hate America, they hate people who love America, and they hate the religion and the descendants of the people who built America.” That’s not the kind of problem a Republican speaker can fix.

Conservatives often quote an aphorism by the right-wing blogger Andrew Breitbart: “Politics is downstream from culture.” The point is that passing laws and winning elections don’t ultimately matter if your opponents control the entertainment Americans consume and the values they learn in school. And for many conservatives, it’s self-evident that the big shifts in American culture — fewer Americans identifying as Christian, more Americans seeing gender as fluid, a growing focus in universities and corporations on diversity, equity and inclusion — are creating a society hostile to the values that conservatives prize.

Despite Republican power in Washington, these shifts have produced a deep gloom among the party’s base. A 2021 poll by the American Enterprise Institute’s Survey Center on American Life found that white evangelical Protestants — the heart and soul of the modern Republican Party — hold a bleaker view of America’s future than any other major racial or religious group. They’re more than 30 points less optimistic than Black Americans, the Democratic Party’s most reliable voting bloc. As the conservative writer David French noted in 2019, “one of the most striking aspects of modern Evangelical political thinking is its projection of inevitable decline.”

This pessimism is inextricably bound up with demographic change. A poll last year by the University of Maryland found that more than 60 percent of Republicans want to declare the United States a Christian nation. But according to the Pew Research Center, the share of Americans who identify as Christian has dropped to 64 percent as of 2020 from 90 percent in the 1970s. Almost 60 percent of Republicans believe that “American customs and values” will grow weaker if white people lose their demographic majority. But non-Hispanic white people now constitute only about 60 percent of the population, down from around 80 percent in 1980, and already make up a minority of Americans under the age of 16.

Even with the speaker’s gavel, there’s not much that Mr. McCarthy can do about this. Grass-roots Republicans demand that Washington seal the southern border. But even if the United States stopped all legal and illegal immigration tomorrow, the white share of the population would continue to decline because white Americans are significantly older than the population at large. Even Republicans’ biggest policy victory — ending constitutional protections for abortion by remaking the Supreme Court — won’t end conservative discomfort with changing gender norms. A 2020 survey by the research firm PerryUndem found that Americans who oppose abortion rights are also deeply hostile to the #metoo movement and believe that “most women interpret innocent remarks or acts as being sexist.” Overturning Roe won’t change the fact that most Republicans think American society discriminates against men.

The Republican politicians most beloved by the party’s base answer these fears by picking fights with the representatives of “woke” culture. Mr. Trump insulted Black athletes who knelt during the national anthem, female journalists who asked uncomfortable questions and liberal philanthropists who he suggested funded caravans of central American migrants. Gov. Ron DeSantis of Florida, a likely Republican presidential candidate in 2024, is now following suit: penalizing Disney for defending L.G.B.T.Q. rights, sending undocumented immigrants to Martha’s Vineyard and declaring that his state is “where woke goes to die.”

Presidents and governors can define themselves through such performative gestures. So can congressional backbenchers like Senator Martha Blackburn, who last year challenged Ketanji Brown Jackson during her Supreme Court nomination hearings to “provide a definition for the word ‘woman.’” But legislative leaders can’t build a political identity on “owning the libs.” They’re too associated with lawmaking, a process in which many Republicans have lost faith as they submit to cultural despair.

Two years ago, a Republican president incited an attack on Congress. Today most Republicans describe that as “a legitimate protest.” Ultimately, the Republican Party’s problem isn’t with Mr. McCarthy. It’s with the institution he leads, an institution that can’t restore the America of the 1980s, no matter who’s in charge.

Peter Beinart (@PeterBeinart) is a professor of journalism and political science at the Newmark School of Journalism at the City University of New York. He is also editor at large of Jewish Currents and writes The Beinart Notebook, a weekly newsletter.

Tags
American Can That Was Who 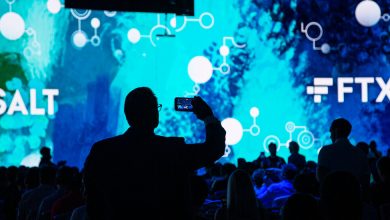 Idle Crypto Is the Devil’s Workshop

Homes for Sale in New York and New Jersey

Wonking Out: Give Me That Gold Time Religion

Can the Republican Party Move Past Trump?