Casey Hayden, an important organizer for the Student Nonviolent Coordinating Committee during its push for civil rights in the early 1960s and the co-author of two papers that called out sexism within that organization, and society in general — documents that are credited with helping to inspire second-wave feminism — died on Jan. 4 in Arizona. She was 85.

The SNCC Digital Gateway, an internet archive of the movement, posted news of her death on its website. No cause was given.

Ms. Hayden, a native Texan, was a graduate student at the University of Texas in Austin in early 1960 when she joined Black students in anti-segregation protests. According to newspaper accounts at the time, she was one of the first white students to do so.

Later that year she was a delegate to the United States National Student Association Congress at the University of Minnesota. The congress, Ms. Hayden wrote in an essay in “Hands on the Freedom Plow: Personal Accounts of Women in SNCC” (2010), consisted mostly of white students, many from the South and “all for law and order.” A contingent of Black students representing the newly formed Student Nonviolent Coordinating Committee was not finding much sympathy and went looking for “a pro-sit-in white Southerner” to add to a panel on civil disobedience. Ms. Hayden took the assignment.

“Twenty-two years old, I had a strong Southern drawl and hardly spoke above a whisper,” she wrote. But her words resonated.

“I cannot say to a person who suffers injustice, ‘Wait,’” she told the audience that day. “Perhaps you can; I can’t. And having decided that I cannot urge caution, I must stand with him.”

The crowd gave her a standing ovation, and the event gave a boost to the idea of student activism, bringing new credibility to S.N.C.C. and other groups, including Students for a Democratic Society, which became known for its opposition to the Vietnam War. Ms. Hayden was on her way to becoming a force in the peace and social justice movements.

She had met Tom Hayden at the conference, and she joined him and others in getting Students for a Democratic Society off the ground. She and Mr. Hayden married in 1961, and though the marriage lasted only two years, Wesley Hogan, a research professor at the John Hope Franklin Institute at Duke University who has studied Ms. Hayden’s life extensively, said that Ms. Hayden was at the center of things in those formative years.

“She was a pivotal voice as Tom Hayden, her then-spouse, wrote the Port Huron Statement,” Professor Hogan said by email, referring to a pivotal manifesto issued by S.D.S. in 1962. “Both Tom and Casey were philosophers, and though Tom has been credited as the author of the document, Casey’s substantial, if largely unrecognized, influence on the thinking of the time grew from the fact that for several prior years, she had tried to live out democratic values in the Southern crucible.”

Ms. Hayden at a S.N.C.C. reunion in Raleigh, N.C., in 2010 with Tom Hayden, her ex-husband and a fellow activist.Credit…via Hayden family

Ms. Hayden attended a S.N.C.C. conference in October 1960 and began working for the organization in Atlanta under Ella Baker, a revered figure in the civil rights movement. She took the last of the Freedom Rides of 1961, bus trips through the South intended to protest segregated bus terminals. In 1963 she went to Mississippi, where she helped lead an adult literacy project and worked on the challenge to the all-white Mississippi delegation to the Democratic National Convention in Atlantic City in 1964. (That challenge was squashed by President Lyndon B. Johnson, the party’s nominee).

In November 1964, S.N.C.C. leaders gathered to take stock after an exhausting year, and Ms. Hayden and several other women anonymously drafted a position paper that underscored sexism within the organization, listing grievances that ranged from women automatically being assigned clerical and minutes-taking duties to a shortage of women in leadership roles.

“Maybe sometime in the future,” the document said, “the whole of the women in this movement will become so alert as to force the rest of the movement to stop the discrimination and start the slow process of changing values and ideas so that all of us gradually come to understand that this is no more a man’s world than it is a white world.”

The next year, Ms. Hayden and a fellow activist, Mary King, circulated “Sex and Caste: A Kind of Memo From Casey Hayden and Mary King to a Number of Other Women in the Peace and Freedom Movements.”

“There seem to be many parallels that can be drawn between treatment of Negroes and treatment of women in our society as a whole,” the women wrote. “But in particular, women we’ve talked to who work in the movement seem to be caught up in a common-law caste system that operates, sometimes subtly, forcing them to work around or outside hierarchical structures of power which may exclude them.”

Professor King, who teaches at the University for Peace, which is based in Costa Rica, said in an interview that they had originally sent the memo to 40 women in the movement.

“Historians have noted that these women in turn organized consciousness-raising groups that were catalytic for women working on their own pursuits of equality and fulfillment,” she said by email, “and which would give rise to the stirrings of the U.S. feminist movement.”

In 1966 the memo was published in Liberation, a journal of the War Resisters League, giving it wider exposure.

Professor King, who shared houses with Ms. Hayden in Atlanta and in Mississippi, said she was always struck by how deeply Ms. Hayden thought about the issues surrounding equality.

“She in particular felt that this was a Southern issue, it was not a Black issue,” she said by phone, adding that Ms. Hayden was constantly scrutinizing herself to make sure she was well informed and on the right path.

Sandra Cason (she later adopted the first name Casey) was born on Oct. 31, 1937, in Austin. Her mother, Eula Cason, was granted a divorce from her husband, William, when Sandra was a year old, and given custody.

“Mom was a single working mother, liberal and commenting on the news at the breakfast table as she read the paper and smoked cigarettes, complained about the absence of equal pay in her professional life,” Ms. Hayden recalled in the “Hands on the Plow” essay.

Ms. Hayden graduated from Patti Welder High School and the two-year program at Victoria College, where she was student council secretary, and then enrolled at the University of Texas. She majored in English and, after earning her bachelor’s degree in 1959, stayed on as a graduate assistant, becoming increasingly active in the national Y.W.C.A. and in anti-segregation protests.

Working out of Atlanta for S.N.C.C., she asked for the Mississippi assignment.

“I wanted to be in the field,” she said in an oral history recorded for Washington University in St. Louis. “I wanted to be out where it was happening.”

In the mid-1990s she married Paul W. Buckwalter, an Episcopal priest known for his outreach work in the Tucson area. He died in 2016.

Information on survivors was not immediately available.

In her essay in “Hands on the Freedom Plow,” Ms. Hayden summed up the life-changing speech she gave at the student congress in 1960.

“For the girl I was,” she wrote, “this talk, and this whole event — this convergence, if you will — gave me a chance to step out onto the open ground of my own life. In doing so, I followed the path broken by those thousands of kids sitting at lunch counters and filling the jails across the South, so very young and so very brave.”

Tags
Hayden She That Was Year 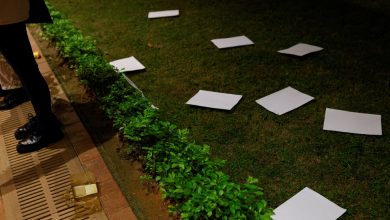 A Contagion the U.S. and China Both Fear: Each Other 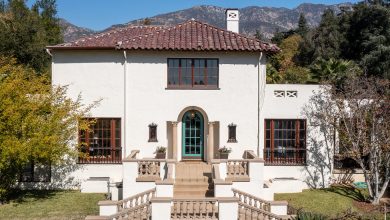 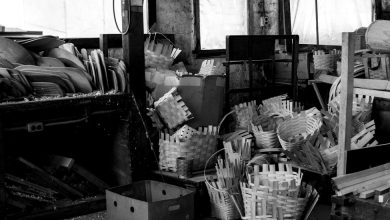 Ash Trees Are Vanishing. So Is a Basket Maker That Has Depended on Them for 168 Years. 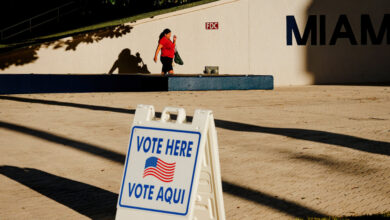