It was free agency disguised as a teen-drama series: hookups and breakups, jilted suitors, broken promises, whirlwind courtships on both coasts. The saga of Carlos Correa’s next contract seemed so implausible — deals with three teams, each worth hundreds of millions of dollars, all in a 30-day span — that it must have been fiction.

And perhaps it was all just a dream, a swirl of unfinished plotlines that ended up in the same place. On Wednesday, Correa rubbed his eyes, looked around and saw Minnesota. Again. He seemed to like the view.

“Kylo is going to grow up to be Minnesota Nice, which I love, and we’re very excited,” Correa said, spotting his 13-month-old son in the crowd at a news conference at Target Field. “I get more Jucy Lucys, also.”

The Jucy Lucy, a Minnesota-style burger with the cheese tucked inside the meat, goes for $9.50 at Matt’s Bar & Grill in Minneapolis, meaning Correa could afford more than 21 million of them with his new six-year, $200 million contract with the Twins. That would be before taxes and agent fees, of course — and Correa’s agent, Scott Boras, worked hard for this commission.

On Dec. 13, Boras reached a 13-year, $350 million agreement for Correa with the San Francisco Giants, pending a physical exam. A week later, on the eve of a scheduled news conference, the Giants still had not made the deal official. They were concerned about Correa’s right leg, which was surgically repaired in 2014.

Boras then pivoted to the Mets, whose owner, Steven A. Cohen, agreed to pay Correa $315 million for 12 years — again, pending a physical exam. The Mets, it turned out, were just as wary as the Giants, and conversations about reworking the deal stretched into the new year.

Fortunately for Correa, his old team was indeed Minnesota Nice: As Correa spanned the country looking for a new home, the Twins left the light on for him.

“I do feel fortunate to be sitting here today,” said Derek Falvey, the Twins’ president of baseball operations. “But it was always part of our mission from that point forward, when we found out there was potential uncertainty around the first landing spot, that we could figure out a way to bring him back here.”

Correa, a shortstop who starred for the Houston Astros in his first seven seasons, signed with Minnesota last March for a then-record annual salary for a position player ($35.1 million) and the ability to opt out after one season. He had a typical Correa season — strong defense, solid on-base percentage (.366), decent power (22 homers) — and hit the market again.

Scott Boras had worked out complicated contracts for several other stars in the past.Credit…Abbie Parr/Associated Press

Boras could confidently cite Correa’s durability; he had played in 342 of a possible 384 games since the start of the 2020 season. But the 2014 injury, which occurred when Correa was a 19-year-old Class A prospect and caught his spikes while sliding, had surprising staying power as an issue. Correa had a fractured fibula and ligament damage from the incident, but his leg has been sound ever since.

“It was shocking to me, because since I had the surgery, I never missed a game, I’ve never gotten treatment on my ankle, my ankle’s never hurt,” Correa said, adding later, “Throughout that whole month when people were speculating, I was running sprints, I was working out, I was taking ground balls, I was hitting. So it was more funny to me.”

Boras said the Twins’ medical director, Christopher Camp, had a better understanding of Correa’s “functional fitness” than surgeons who might base their opinions strictly on magnetic resonance imaging exams.

The Mets were in no mood to elaborate Wednesday. General Manager Billy Eppler did not respond to an interview request, and the team issued only a terse statement that was almost comical in its brevity: “We were unable to reach an agreement. We wish Carlos all the best.”

Correa, who would have played third base in Queens, was something of a luxury item for the Mets, who went 101-61 last season and retained all of their starting position players from the postseason. But the Mets’ inability to finalize the deal cost them a highly motivated star who spoke openly Wednesday of wanting to reach the Hall of Fame.

Correa, 28, said he knew he needed many more productive seasons to get there. But as the Twins pointed out in a tweet after the news conference, Correa is off to a strong start: Only three shortstops in the expansion era (since 1961) have more wins above replacement through age 27 — Alex Rodriguez and the Hall of Famers Robin Yount and Cal Ripken Jr.

Falvey said the Twins’ familiarity with Correa made them comfortable with the risk of the deal, which could stretch to 10 years and $270 million based on options triggered by plate appearances or awards in the prior season.

“This was us trying to balance some of the information we have and we’ve learned through this process, but also our belief in the athlete, how he prepares, how he goes about his work on a daily basis,” Falvey said. “He’s one of the best I’ve ever seen in terms of taking care of himself and influencing others to take care of themselves in a way that’s special and different.”

Minnesota finished 78-84 last season but spent 108 days atop the American League Central before the Cleveland Guardians passed them for good in early September. Correa said he had stayed in regular contact with teammates and staff, and spoke hopefully of winning a championship.

If he does carry the Twins to the World Series — they have not been since 1991, three years before Correa was born — fans may forget his free-agent wanderings. In the spirit of Minnesota Nice, they may already forgive.

Tags
Correa Had That Was With 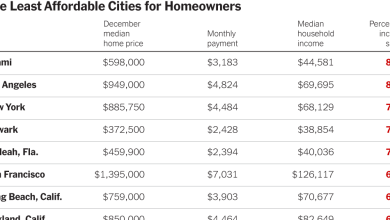 Where Are the Most and Least Affordable Homes? 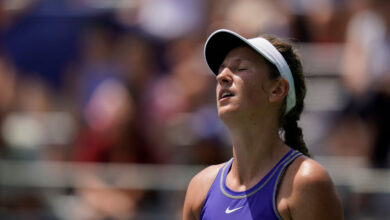 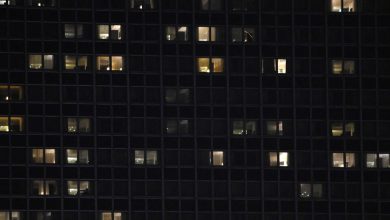 Europe Is Wrong to Blame the U.S. for Its Energy Problems 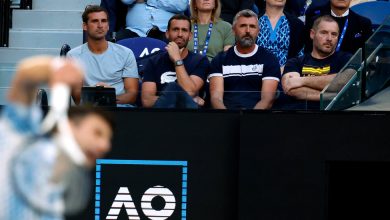 The Quiet Coaching Revolution in Tennis That Can Feel Like ‘Cheating’