After my foray into grammar on Monday, I intended to beat a quick retreat to economics, but I received so many interesting reactions from readers that I’ve decided to share a bunch of them today. (Now I know how John McWhorter feels.)

My main conclusion is that I could have — probably should have — been humbler. Some readers felt I was snobbishly putting down people who don’t always use textbook grammar. I tried to avoid that impression, but I clearly didn’t go far enough. We need to be kind toward one another.

James Fairchild, a retired English professor from Fairfield, Iowa, wrote: “When I was a young and arrogant high schooler, I once corrected my mother’s English, which brought her to tears. I was ignoring the fact that she quit school in the 10th grade to have me! Thinking back on it, I would rather do anything than make one of my parents cry.” A lot of us can relate to that.

Other readers pointed to what they saw as grammatical errors in my own words. I wrote that people are saying things “wrong,” instead of “wrongly” or “incorrectly,” and I ended a sentence with a preposition, writing, “the street he’s going to” instead of “the street to which he’s going.” But you can find grammar sources that will give both of my formulations the OK. I also used “whom” incorrectly in the headline, but that was an attempt at humor (perhaps a failed one), not a mistake.

I got dozens of emails scolding me for putting myself before the person sharing my pronoun phrase: I wrote “me and him” instead of “him and me.” “I was taught by my third-grade teacher, Bertella Mushrush Seacat, that it is correct to use others’ names or corresponding pronouns before one’s own,” wrote Linda Wood Astala of Spring, Texas. Fair enough. In response I’d say only that the order of pronouns seems a matter of etiquette, not grammar. But I admit that’s debatable (as is whether it’s OK to start a sentence with “but,” which I do with merry abandon).

I bend grammar rules to avoid sounding stuffy. But I get that not everyone is on board with that; some of you said that those of us who speak or write professionally should set an example by employing proper grammar.

Having my grammar scrutinized was a good reminder that it’s hard not to take being corrected personally. One reader, presumably from Canada, wrote, “I recall an expression my brother heard on the CBC: ‘Every time you criticize my grammar, I like you a little bit fewer.’” Touché.

Jack Shea from Flatbush, in Brooklyn, wrote that the very notion of correct grammar is “an educated, moneyed class perspective.”

I linked grammar to formal education and thus to social class. However, many readers, particularly older ones, recounted how the importance of using good grammar was drummed into them in elementary or high school, not college. It’s not prima facie evidence of wealth or postsecondary education.

Conversely, lots of people with college and graduate degrees screw up pronouns every day: “My best friend of 25 years can do a 16-point check on people in emergency to make sure they’re still alive and then wheel them into the operating room and suture their insides, but, still, she calls me for feedback on grammar,” Genevieve Fontan of Portland, Ore., wrote. Someone DM’d me on Twitter to say that people today use cues other than pronoun usage to size each other up, “including accent (still), gesture, tone, correct use and complexity of vocabulary and a large variety of pseudo-speech acts.”

The term for what I was getting at is status, not class, wrote one reader (whose email I can’t seem to find). I think he told me to read Thorstein Veblen.

The sociolinguistic notion of hypercorrection — trying so hard to avoid a mistake that you end up making one — resonated with a lot of readers. Good teachers teach grammar; bad ones hector their students to avoid “me and him” without explaining why, so their unlucky pupils go through life contorting their speech to stay clear of a perfectly good phrase. “Myself” gets overused. People end up saying things like “Jim and I’s party.”

“I’s” is not a word, of course, but the way things are going, it soon will be. If you’re a stickler for grammar, how long do you stand on the ramparts before you surrender? Ellen from Connecticut wrote that she is close to conceding defeat. “Correct grammar is no longer an indication of education or wealth or class. Grammar is dead,” she wrote.

Of all the emails that came in, perhaps my favorite was from Joe Bosurgi, who pointed me to an article in The New European by a British sociolinguist, Peter Trudgill, who argued that it’s entirely appropriate to answer “me” rather than “I” when someone asks who’s at the door. (Which most of us do anyway, unless we’re knocking on the door of an English teacher.) “Me” in that situation serves as an oblique pronoun, akin to “moi” in French, he wrote, as in “C’est moi.” He’s also OK with “Mary and me are coming.”

“A centuries-long inferiority complex in the English-speaking world with respect to Latin has led to attempts by self-appointed authorities to get rid of the use of these oblique pronouns everywhere except where they occur as objects. This is on the mistaken assumption that they are ‘accusative case’ forms, as in Latin,” Trudgill wrote.

This is way over my head, but that’s kinda the point. Before reading Trudgill, I would have said that “Mary and me are coming” is wrong. Now I’m a bit confused. When it comes to something as shape-shifting as language, being confused — and humble — is not a bad thing.

Where have all the workers gone? It’s a good question, with the unemployment rate back down to 3.5 percent in July, tied for the lowest since 1969. It’s also in the title of a working paper just released by the National Bureau of Economic Research. One important answer: retirement.

“We show that roughly half of the decline in the employment-to-population ratio” since the Covid-19 pandemic began “is due to predictable declines in employment from an aging population structure, while the remainder is due to workers aged 65 and older exiting employment at unusually high rates,” write the authors, Eliza Forsythe of the University of Illinois at Urbana-Champaign, Lisa Kahn of the University of Rochester, Fabian Lange of McGill University and David Wiczer of Stony Brook University.

I wrote about this issue in May. The paper’s authors write, “While all other age groups have essentially recovered, employment for the 65+ remains below its prepandemic level and has seen no convergence since fall 2021.” They add, “It remains to be seen whether this population will return to work as pandemic conditions continue to improve or remain in retirement.”

“The overwhelming preponderance of men in the economics profession likely causes the profession’s work to be biased toward results they find more appealing.”

Have feedback? Send a note to coy-newsletter@nytimes.com. 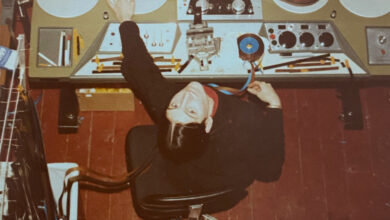 Amy Stechler, Documentarian Who Helped Define a Style, Dies at 67 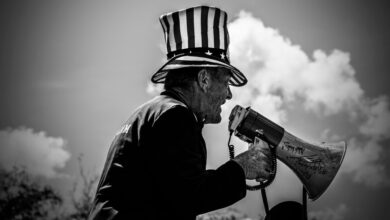 Republicans Are Showing Contempt for the Rules 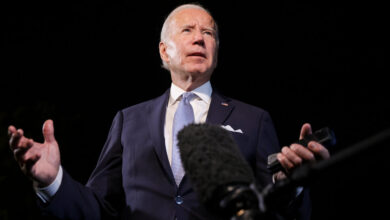 Does Biden Really Believe We Are in a Crisis of Democracy? 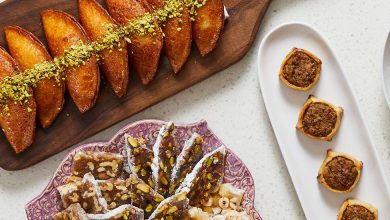