In honor of Labor Day, I offer this stirring quotation from the Scottish essayist and historian Thomas Carlyle:

So beautiful. Many of us agree that work is inherently good, character-building and a manifestation of one’s seriousness and reliability. However, others of us make a forceful argument that work for its own sake is pointless and ridiculous. Who’s right?

The antiwork movement is the one that’s getting most of the attention lately. There’s China’s “lying flat” movement. There’s quiet quitting. There’s the Great Resignation. And there’s the fact that lots of people simply don’t want to work anymore. In the United States, the labor force participation rate has fallen for two decades, and there were more than 11 million unfilled jobs on the last day of July this year.

But on this Labor Day, I want to focus on the other group: those who are anti-antiwork (or simply pro-work).

The pro-work philosophy holds that work is good above and beyond the economic value that it creates. “In all labor there is profit,” the Bible says. Pro-work people fear rather than welcome the day when robots take care of everything for us and we enjoy all-day leisure. Some would prefer to pull the plugs on some of those robots and have human beings continue to clean the toilets, parks and databases.

Why is work valuable for its own sake, though? In textbook economics, after all, leisure is the good stuff and work is the necessary evil. “How have so many humans reached the point where they accept that even miserable, unnecessary work is actually morally superior to no work at all?” the anthropologist David Graeber asked in a 2018 book.

Last week I read a smart piece of psychological research that I think answers Graeber’s valid question. Its title says it all: “The Moralization of Effort.”

Human beings evolved in societies that valued cooperation, the theory goes. People who work hard tend to be team players. So working hard in primitive societies was a costly but effective way of signaling one’s trustworthiness. As a result, our brains today are wired to perceive effort as evidence of morality. “Just as people will engage in unnecessary prosocial behavior to differentiate themselves as a superior cooperative partner,” the paper says, “displays of effort, including economically unnecessary effort, may serve a similar function.”

This concept isn’t new, but the “Moralization of Effort” paper tests it, and finds strong support for it, using seven clever experiments involving hundreds of people in the United States, South Korea and France. The choice of countries is interesting. Koreans are known to be hard workers. They even have a word for death by overwork: gwarosa. The French work fewer hours than most and pride themselves on their savoir vivre.

In one experiment, participants were told about two fictitious people who do a job equally well. One finds it easy and the other finds it hard. In all three countries — yes, including France — people rated the person who had to put in more effort to get the job done as more moral.

In another experiment, involving only Americans, participants were told about “Geoff,” a fictitious medical scribe whose duties could be replaced by software. Geoff can either keep doing the scribe job without the software or let the software do the work while he coasts for the next year. Either way, in this concocted story, he’ll draw his full salary. Participants rated the foolhardy Geoff — the one who worked for no good reason — as significantly more moral and warmer, although less competent, than the freeloading Geoff.

The researchers also found that participants rated people as more moral and trustworthy when they had to try harder to complete a running workout. Also, someone who ran a marathon for charity was perceived as morally superior to one who ran only a 5K for charity. (Note that requiring people to run a marathon before giving money to the charity of their choice is itself oddly punitive.)

While the work-is-good mind-set may have had evolutionary advantages, it can backfire in the modern world, the authors contend. Millions of workers may “signal moral worth through structured drudgery,” they write, echoing Graeber. “We fear it has also created harmful incentive structures that reward workaholism and joyless devotion to mundane efforts that produce little value beyond the signal of effortful engagement.”

I think the pro-work camp, while quieter, remains larger and more influential than the antiwork camp that’s drawing all the headlines lately. Just look at the strong opposition to the universal basic income idea championed by Andrew Yang and others.

I interviewed the lead author of the “Moralization of Effort” paper, Jared Celniker, a postdoctoral scholar in psychology at the University of California, Irvine. His co-authors are Andrew Gregory, Hyunjin Koo, Paul Piff and Peter Ditto — all of Irvine’s department of psychological science — and Azim Shariff of the University of British Columbia’s psychology department.

“This intuitive moralization of effort that we do to other people, but even to ourselves, drives a lot of weird cultural things,” Celniker said.

We talked about why bosses are dragging white-collar workers back to the office despite evidence that they’re happier and often more productive when working from home. The standard explanation is that it’s better for camaraderie and innovation. There could be some truth to that. But I speculated, based on the “Moralization of Effort” paper, that it could also be something simpler: Bosses aren’t satisfied that the job is getting done. They want to see their people actually working — putting out effort, furrowing their brows, struggling with challenges.

“One hundred percent,” Celniker concurred. “It’s evolutionary mismatch theory. These behaviors served purposes. The problem is when you scale them up and embed them in social structures and work norms that just don’t serve us as well as they used to.”

Number of the Week

The estimated increase in exports from Taiwan in August from the same month a year earlier, according to the median of estimates of economists surveyed by FactSet. That would be down from 14.2 percent annual growth in July. Exports typically account for about 70 percent of Taiwan’s gross domestic product. The official August data is set to be released on Wednesday.

“When someone works for less pay than she can live on — when, for example, she goes hungry so that you can eat more cheaply and conveniently — then she has made a great sacrifice for you, she has made you a gift of some part of her abilities, her health, and her life. The ‘working poor,’ as they are approvingly termed, are in fact the major philanthropists of our society.”

Have feedback? Send a note to coy-newsletter@nytimes.com.

Tags
All One People That Who 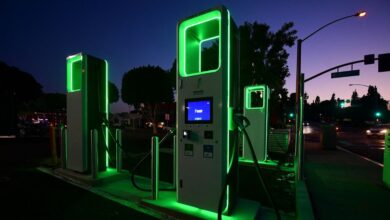 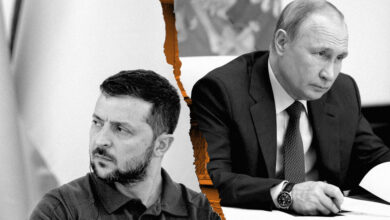 Is There Any End to the Ukraine War in Sight? 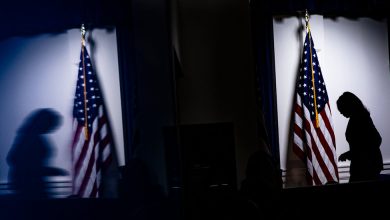 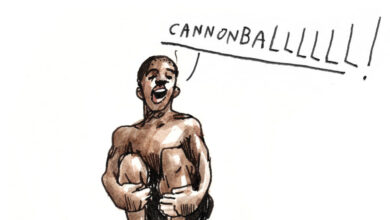 How to Have Fun Again