Gary Gaines, who coached the high school football team in West Texas that was the subject of “Friday Night Lights: A Town, a Team, and a Dream,” the best-selling book that inspired a feature film and a television series, died on Monday in Lubbock, Texas. He was 73.

The death, at a memory care facility, was confirmed by his wife, Sharon (Hicks) Gaines, who said the cause was Alzheimer’s disease.

The Permian Panthers of Odessa, Texas, were a powerhouse team that had won four state championships by the time Mr. Gaines was hired as its head coach in 1986. He had already coached four other high school teams in Texas and had become renowned for his teaching skills.

“He was a quiet leader who trusted his coaches to do their jobs and saw the game from all perspectives, not just one side or the ball or the other,” Don Billingsley, a running back for Permian in the 1980s, said in a phone interview. “He was a great coach and a great mentor.”

Permian’s high profile in Texas and its prospects for success in 1988 lured the writer Buzz Bissinger to move temporarily to Odessa, follow the team and write what became “Friday Night Lights,” published in 1990. Mr. Bissinger was fascinated to learn that the team played before as many as 20,000 fans on Friday nights.

He portrayed Mr. Gaines as a man under great pressure to win, in a state obsessed with high school football and a city whose fans demanded success. When the Panthers lost a game by one point late in the season, Mr. Gaines arrived home to find several “For Sale” signs planted in his lawn — “a not-so subtle hint that maybe it was best for everyone if he just got the hell out of town,” Mr. Bissinger wrote.

A knee injury wrecked the season for the team’s star running back, James Miles, known as Boobie, and the Panthers did not win a fifth title, losing in a semifinal game of the state playoffs. After the game, Mr. Gaines gathered his tearful players in a circle and led them in prayer.

“Father,” Mr. Bissinger quoted him as saying, “it hurts so much because we did so many things good and came up short.”

After “Friday Night Lights” was published, Mr. Gaines said he felt betrayed by Mr. Bissinger, because he had not produced a more positive account of how football brought the Odessa community together. Mr. Gaines admitted that he had not read the book, but based on what he had been told, he said he objected most to its description of racism in Odessa, in particular toward Mr. Miles, who is Black and whom an assistant coach at Permian referred to with a racial slur.

Mr. Gaines told The Marshall News Messenger of Marshall, Texas, in 2009 that his wife called him sobbing after she read the book, saying it made the community look like a “bunch of racists.” He added: “There’s rednecks all around here just like there is in Lubbock. You can go anywhere you want and hear the N-word.”

Mr. Bissinger, in a phone interview, said, “He thought I had betrayed him because it wasn’t a puff piece, but I’m not the one who said what was said about Boobie.” He added, “It’s a tough place to be a coach, and he handled it with great dignity.”

When “Friday Night Lights” was turned into a film in 2004 by the director Peter Berg, Billy Bob Thornton was cast as Mr. Gaines. In his review in The New York Times, the critic A.O. Scott wrote that Mr. Thornton, in a “sly and thorough performance,” portrayed Mr. Gaines “as “neither a my-way-or-the-highway autocrat nor a rah-rah motivator.”

Two years later, when “Friday Night Lights” was adapted as a television series, it was set in a fictional town — Dillon, Texas — and the high school team was coached by a fictional character, Eric Taylor (played by Kyle Chandler). Connie Britton played the coach’s wife in both the film and the series.

Gary Alan Gaines was born on May 4, 1949, in Crane, Texas. His father, Durwood, was a superintendent at a Gulf Oil plant; his mother, Dorothy (Burnett) Gaines, was a homemaker. After playing quarterback in high school, Gary moved to wingback at Angelo State University, in San Angelo, Texas, graduating in 1971.

He began his long Texas coaching journey as an assistant at high schools in Fort Stockton and Monahans. He became the head coach at high schools in Petersburg and Denver City before moving to Permian, as an assistant, in time to help the Panthers win a state title in 1980. He was subsequently the head coach at Tascosa High School in Amarillo, Monahans High School and Permian.

In 1989, Mr. Gaines led the undefeated Panthers to a state championship. In all, he had a 46-7-1 record as head coach at Permian. But he soon left to join Texas Tech University as an assistant coach.

“He loved coaching and he loved the kids,” Ms. Gaines, his wife, said in a phone interview, explaining his peripatetic movements. “When we got out of college, he went after his first job. But after that, everybody came after him.”

After four seasons at Texas Tech, he returned to coaching high school in Abilene and San Angelo before being named the head coach at Abilene Christian University. Following a subpar 21-30 record, he resigned and spent two years as the athletic director of the school district in Ector, which includes Odessa, and another two as the athletic director of the district in Lubbock.

In 2009, he returned to Permian as head coach, but that run was not as successful as the first had been; over four seasons, the Panthers had a 23-21 record, including one playoff victory. Mr. Gaines resigned in 2012 from what would be his final coaching job.

“We’re going to give it to someone else and, hopefully, they can make more out of it than we did,” Mr. Gaines told The Associated Press. “We came here to make some deep playoff runs, and we weren’t able to do that.”

In 2017, he was diagnosed with Alzheimer’s disease.

In addition to his wife, he is survived by his daughter, Nicole Strader; his son, Bradley; his sisters, Dana Howland and Tamra Reidhead; and five grandchildren.

Mr. Bissinger said that he visited Mr. Gaines at Abilene Christian University about 20 years after the publication of “Friday Night Light.”

“I went into his office and he looked like he’d seen a ghost,” Mr. Bissinger said. “We had a nice 15-minute conversation, and he couldn’t have been nicer.”

But, he added: “He kept saying I had betrayed him. He has the right to think what he wants.” 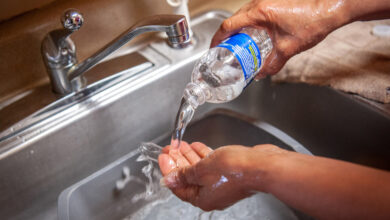 Can You Drown Government in an Empty Bathtub? 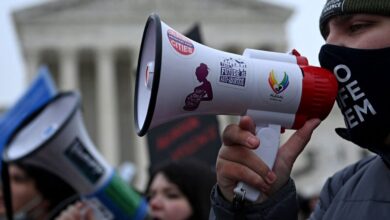 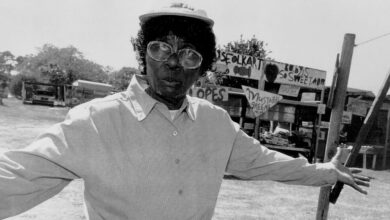 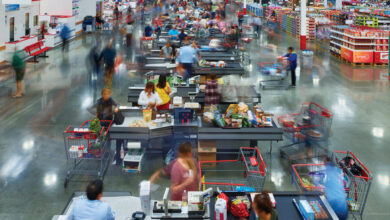 Must We Suffer to Bring Inflation Down?