For eight days in late August, the Port of Felixstowe — usually a scene of constant motion as Britain’s busiest container shipping dock — was almost devoid of activity, with few goods coming in or out. For the first time in more than three decades, its workers were on strike.

The walkout escalated the workers’ eight-month pay dispute with the port and CK Hutchison, its Hong Kong-based parent company. But it is just one of dozens of strikes that have swept Britain this summer, with more probably coming in the months ahead.

Demands for better pay in the face of soaring inflation — at 10.1 percent, the highest rate in 40 years — and a coming 80 percent jump in energy bills have led hundreds of thousands of people in Britain to walk off their jobs, bringing a halt to train services, trash collection and port shipments around the country.

Job actions are not unusual in Britain, but the country hasn’t seen this kind of explosion of industrial action, in so many walks of life, in decades. It’s occurring amid a political vacuum, as the government, led by the Conservative Party, is holding a contest to succeed Boris Johnson as prime minister. 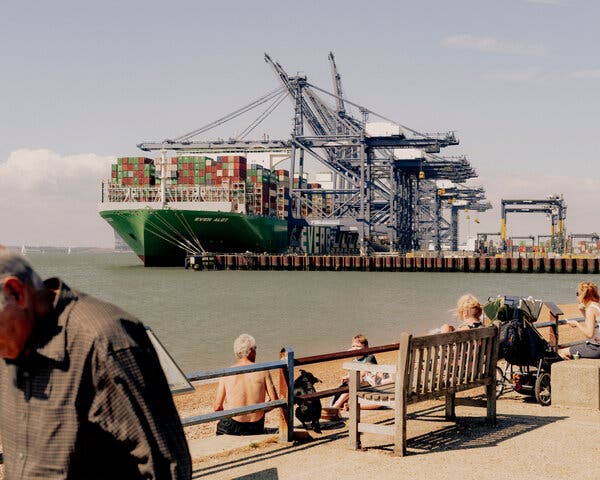 The Port of Felixstowe, Britain’s busiest container shipping dock, has been unusually quiet with its workers on strike.Credit…Max Miechowski for The New York Times

At Felixstowe, the union and its members are seeking a 10 percent raise. They have been locked in a dispute with the port and its parent company for eight months.Credit…Max Miechowski for The New York Times

Here in Felixstowe, the union and its members are seeking a pay raise of 10 percent, a jump that seemed high earlier in the year when it was first proposed. But by the end of the year, when the Bank of England projects inflation will reach 13 percent, that demand will represent a pay cut in buying power.

The strikers argue that the company’s multimillion-pound profit last yearshowed that it could afford to raise wages for workers who feel undervalued after working through the pandemic.

“What we are asking for is a very small percentage of that profit,” said Phil Pemberton, who has been a union leader at the port for the past 14 years. As the workers who helped generate that profit, “we’re looking for a pay rise that we believe we deserve,” he added.

..“I just want to level the playing field between this sort of David-and-Goliath situation here,” said Sharon Graham, the general secretary of Unite, one of Britain’s largest unions.Credit…Max Miechowski for The New York Times

There are few signs of imminent de-escalation. Rail workers across the country, as well as bus drivers, call center employees and criminal defense lawyers in England and Wales, are among those who have gone on strike in recent months over both new concerns about rising prices and long-running complaints about pay and management. They are about to be joined by dockworkers in Liverpool and staff at nurseries and primary schools in Glasgow.

This growing unrest, alongside a probable recession, will greet the next prime minister, scheduled to be announced on Monday; the choice is expected to be the current foreign secretary, Liz Truss.

In response to the strike, Hutchison Ports, a unit of CK Hutchison, has said it provides well-paid secure jobs and maintains that it is offering an increase in pay that is near the union’s demands. The company has also accused Unite of “promoting a national agenda” that is leaving its workers worse off. Logistics UK, a trade group, said disruption from the strike was minimal, as companies were able to move supplies in advance and Felixstowe tends not to be used for “just in time” supply chains.

Phil Pemberton, a union leader at the Port of Felixstowe. He argued that workers were seeking a small part of the company’s profits.Credit…Max Miechowski for The New York Times

After decades of decline, union membership has increased in four of the five past years in Britain. Still, less than a quarter of employees are part of a union. (In the United States, the share is 10 percent.)

Decades ago, when large swaths of the economy like railroads, mining and telecommunications were publicly owned, unions were mostly negotiating with the government of the day. But since many of Britain’s large industries have been privatized, the fight is now with corporations and their shareholders.

Faced with complex ownership structures that cross the globe, Unite has hired economists and forensic accountants to pore over the accounts of companies and use the information not just to pressure the company owners but also to alert investors and corporate partners to what the union believes are bad labor practices. Since Ms. Graham was elected general secretary of Unite about a year ago, the union has won an extra £150 million ($174 million) for members, succeeding in 80 percent of 450 disputes.

“I just want to level the playing field between this sort of David-and-Goliath situation here,” Ms. Graham said.

This focus on profits and inequality has resonated with the public, said Sian Moore, a professor in employment relations and human resource management at the University of Greenwich. “They’ve hit a nerve with people.”

The rail strikes this summer — the largest in three decades — brought much of Britain to a standstill, which could have ignited fury across the country. Instead, it made an overnight celebrity of Mick Lynch, the head of the National Union of Rail, Maritime and Transport Workers, as clips of his spirited television interviews circulated widely on social media.

Last Friday, about 115,000 postal workers walked off the job, and letter delivery was canceled. For 500 years, mail was part of the state, but Royal Mail Group is now fully privatized, and its largest shareholder is a Czech billionaire. Earlier in the year, Royal Mail Group increased pay 2 percent, but union members have said they want a raise in line with the cost of living without the loss of other benefits.

Given the company’s reported profit (£370 million last year), “it’s a bit of a kick in the teeth when they turn around and say they haven’t got the money,” said Hannah Carroll, a 29-year-old postal worker in East London, who said she had worked throughout pandemic lockdowns as the only earner in her household.

On a London picket line where staff members were flying the bright pink flags of the Communications Workers Union, many pointed to the £400 million returned to shareholders by Royal Mailin the fiscal year to Marchand disputed the company’s insistence that it couldn’t afford to pay significantly more.The company said the pandemic had upended its business and amid greater competition it lost £1 million a day in the first quarter; it also noted that Royal Mail employees make up many of its shareholders.

With so many vital public services being disrupted, bleak comparisons have been made to the late 1970s and Britain’s infamous Winter of Discontent. More than a million workers in 1979 went on strike to protest the government’s attempt to impose a public-sector pay ceiling to try to control soaring inflation. Trash piled up, schools closed, hospitals turned away nonemergency patients, some dead went unburied, and eventually the crisis forced out Labour lawmakers and ushered in a Conservative government led by Margaret Thatcher.

Dave Ward, the general secretary of the Communications Workers Union, believes today’s unrest will last longer than a wave of summertime strikes. “This is also signaling a complete break from the traditional ways that companies are being run,” he said. “And it’s potentially filling the vacuum that exists politically.”

Many of the issues at the heart of these strikes, such as the privatization of public services and weak pay growth, are long-running. But the spur to action may have been the pandemic lockdowns, which awoke many people to greater inequalities in and out of work and encouraged some to demand more from their employers as they struggle with the highest inflation rate in decades.

Dave Ward, the general secretary of the Communications Workers Union.Credit…Max Miechowski for The New York Times

Next week, criminal defense lawyers who appear in court with people using legal aid will begin an indefinite strike, causing a halt to thousands of trials. The lawyers, members of the Criminal Bar Association, are trying to force the government to increase their fees to stem an exodus of lawyers from legal aid.

The issues go beyond pay. The criminal court has a backlog of 59,000 cases, a symptom of a “crumbling” system where neither victims nor suspects are being treated fairly, said Amos Waldman, a criminal defense lawyer in Manchester who practices in other areas of law to support his family, including a 1-year-old daughter.

The Ministry of Justice has called the strike “irresponsible.” Still, the issue will be in the in-tray of the next justice minister, and other ministers will be facing similar challenges. A large civil service union is preparing a vote for a nationwide strike in September, and similar votes are underway or being prepared for many National Health Service workers and teachers’ unions.

There is a possibility of coordinated action among different unions in coming months, Professor Moore said. “There could be a crisis.”

Cracking Down on a Wall Street Trend: E.S.G. Makeovers 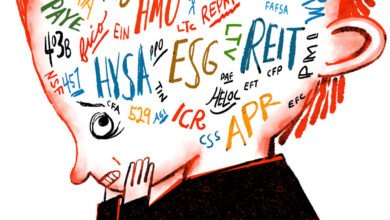 Why Aren’t Student Loans Simple? Because This Is America 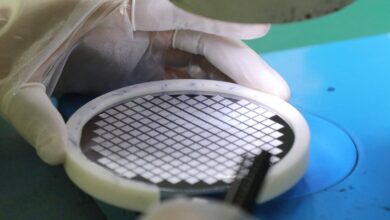