WASHINGTON — The top economic officials of the world’s leading advanced economies agreed on Friday to forge ahead with a plan to form an international buyers’ cartel to cap the price of Russian oil, accelerating an ambitious effort to avoid a price shock while draining President Vladimir V. Putin’s war chest.

Finance ministers from the Group of 7 nations said after a virtual meeting that they were finalizing details of the plan, which needs to be put in place by early December, ahead of a European Union embargo on Russian oil imports and a ban on the insurance and financing of Russian oil shipments. The Biden administration has been fearful that these moves could send energy prices skyrocketing and potentially tip the global economy into a recession.

In recent months, Treasury Secretary Janet L. Yellen and her team have been traveling the globe to solidify support for the price cap idea, an untested proposal that aims to stabilize volatile energy markets that have been roiled since Russia’s invasion of Ukraine earlier this year. A central component of those discussions has been how the price would be set, and how it would be enforced.

The price cap would create an exception in European sanctions by permitting insurers to grant coverage for oil cargo only if it was being sold at or below a certain price. Britain and the European Union are global hubs for the maritime insurance industry, and bans on insuring or financing transactions involving Russian oil could cause broad disruptions to shipments of Russian oil around the world.

Ms. Yellen met earlier this week with Nadhim Zahawi, Britain’s chancellor of the Exchequer, and said that she was optimistic about progress that the G7 was making toward a price cap agreement.

Gas prices are falling. In August, U.S. gas prices retreated to their lowest level since March, providing relief for Americans overwhelmed by high prices at the pump. Here is what to know:

Demand is pushing prices down. As gas prices rose, people adjusted their driving habits to accommodate prices, which reached an all-time high in June. Fewer drivers on the road has made gasoline more affordable, and some states have also suspended taxes on gasoline to bring prices down.

Oil prices have fallen. Just two months ago, oil prices, which are tied to gas prices, surpassed $120 a barrel, helping to push the national average price of gasoline to about $5 a gallon. But prices have steadily decreased with increased oil production, helping to bring gas prices down and easing broader recession fears.

Gas prices vary. Despite the overall decline, the cost of gas can vary considerably at the state level. In California, regulations to limit pollution make driving more expensive, so gas prices will be higher than in a state like Georgia, which has lower gas taxes.

A political boost for Joe Biden. The cheaper prices are a political win for President Biden, especially as falling fuel costs have brought down overall inflation. But experts are unsure that the low prices will last, as oil prices are volatile and determined by myriad forces, many of which are hard to predict.

“At a time when Russia’s war has resulted in high energy prices globally, I think a price cap is one of the most powerful tools we have to fight inflation by ensuring a stable flow of oil into global markets at lower prices,” Ms. Yellen said.

Energy analysts have been skeptical that it can successfully corral oil prices. The maritime insurance industry, which would be responsible for making sure that buyers and sellers were honoring the price cap, have warned that they lacked the capacity to police the transactions.

In addition, while the United States and Europe have moved to cut themselves off from Russian oil, nations such as China and India have been buying it at heavily discounted prices. That has allowed Mr. Putin to support his economy despite global sanctions that have been imposed on its central bank, financial sector and military industry.

The United States has been working to broaden the coalition beyond the Group of 7, actively courting the support of nations such as South Korea and India. Last month, Ms. Yellen’s deputy, Wally Adeyemo, met with counterparts in India to discuss global energy security and promote the price cap concept.

Biden administration officials hope that if a broad enough coalition agrees to the price cap, it would give nations that do not want to officially join more bargaining power to negotiate lower prices with Russia.

It remains unclear how Russia would respond and if it would retaliate by refusing to sell its oil to drive up global prices.

Alexander Novak, Russia’s deputy prime minister, said this week that the country would not sell oil products to countries participating in the price cap, according to Russian state media.

Biden administration officials have argued that Russia is bluffing because it needs the revenue from oil sales. Allowing its oil to be shut in would also be harmful to its economy, they contend, by damaging its wells.

After surging earlier this year, oil prices have slumped in recent weeks amid increased output from the United States and concerns about a global economic slowdown. 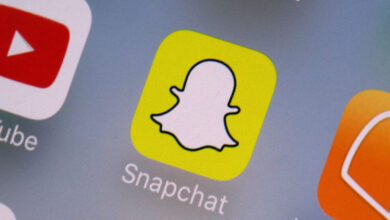 Snap Cuts 20% of Employees and Restructures 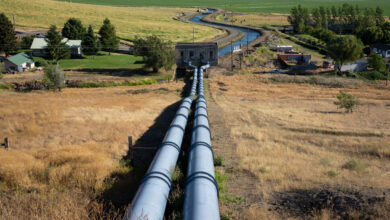 Climate Change Is Ravaging the Colorado River. There’s a Model to Avert the Worst. 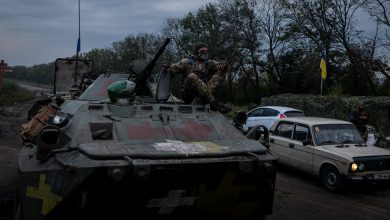 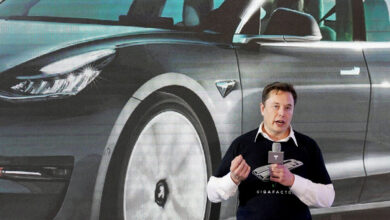