Federal Reserve officials are likely to see the August jobs numbers as a sign their policies are working — though not that their job is done.

Policymakers are closely parsing labor market data as they try to figure out how much underlying momentum the economy has and how much they need to raise interest rates to restrain growth and lower inflation.

Fed officials have raised rates to a range of 2.25 to 2.5 percent in July from near zero in March, but they are still waiting for signs that those higher borrowing costs are cooling consumer spending and business expansions, lowering demand and giving supply a chance to catch up. So far, the evidence of a major slowdown has been spotty.

In that context, the data released on Friday was encouraging. Job growth slowed, but not by so much that it suggested a recession was imminent. The unemployment rate rose, but mostly because more people joined the labor force, which should make it easier for companies to fill open positions. Wage growth slowed.

“Overall there’s a lot to like if you’re a Fed official right now,” said Sarah House, an economist at Wells Fargo. “Hiring remains robust but on a more sustainable basis. Yes, unemployment was up, but it was for all the right reasons. We saw a surge in job seekers.”

Still, Ms. House said, one good report will not convince the Fed that it is time to back off its efforts to tame inflation.

Central bankers have been clear that they are carefully watching data on both employment and inflation — which is showing hopeful, but not yet conclusive, signs of slowing — as they decide how quickly to raise interest rates. Fed officials are contemplating an increase of either a half percentage point or three-quarters of a point at their meeting on Sept. 20-21.

That process can push unemployment up and prove painful as people lose or struggle to find jobs. But Fed officials have argued that getting inflation under control is critical — and that delaying the tough choices now would only make the situation worse down the road.

The Companies That Take Money Straight From Your Paycheck 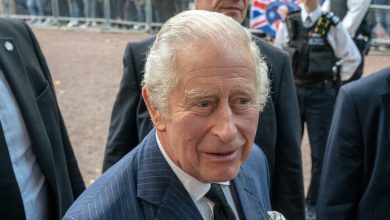