When “Everything Everywhere All at Once” opened in March in a handful of theaters, its creators, the directors Daniel Kwan and Daniel Scheinert, weren’t sure what to expect. The film had stars — “I thought we could bill it as ‘Michelle Yeoh fights Jamie Lee Curtis,’” Scheinert said — but was otherwise tough to pigeonhole. It was a multiverse picture, sure, but instead of superheroes and spaceships, there were fights with fanny packs, cinematic shout-outs to Wong Kar-wai and Stanley Kubrick, and a singing raccoon. And then there was the pandemic, and who knew what that might do to box office numbers? “I went in with very low expectations, because there were a lot of unknowns,” Kwan said.

Instead, the movie became one of the sleeper hits of the summer, expanding from 10 screens in three American cities to 2,200 theaters worldwide, becoming A24’s highest-grossing release in the process. Strong reviews helped: On Rotten Tomatoes, the film was rated 95 percent fresh, while The Times called it “an exuberant swirl of genre anarchy” and praised its “sincere and generous heart.” The film also benefited from exuberant word of mouth, which included viewers posting photos and videos of themselves on social media having a good cry or three. “It’s been very humbling and inspiring and confusing,” Scheinert said.

In the film, Yeoh stars as a laundromat owner who must call upon various alter egos in parallel worlds to battle a mysterious power out to destroy the multiverse. On a recent morning, Kwan and Scheinert, known professionally as Daniels, spoke — via video call from their separate homes in Los Angeles — about the film’s slow-burn, still-burning success; how Yeoh and Curtis ended up with wieners for fingers; and why, with a movie about infinite possibilities, they wouldn’t change a thing.

The film had a pretty small first weekend release. What was it like watching audiences discover the film?

DANIEL SCHEINERT I’m grateful that it’s been slow, because I think it allowed us to process how people were reacting. At those early screenings, people would stay after to talk with us, and a good number of them would cry while talking about it.

DANIEL KWAN That first month was very emotional. It became this version of group therapy for certain people, especially at college campuses. For a lot of younger Asian American kids, especially children of immigrants, they’d come up to me, and they wouldn’t even be asking about the movie past a certain point. They’d be asking about their own life, like, so what do I do? How do I talk to my parents? And like, I’m not a therapist. My relationship with my parents is good, but it’s good for an Asian American immigrant relationship.

Michelle Yeoh in a scene from the film, which Daniel Kwan described as “it’s like if my mom was in ‘The Matrix.’”Credit…A24

“Everything” is hard to describe. How would you describe it?

KWAN And then the really dumb pitch is: It’s like if my mom was in “The Matrix.”

In one universe, Michelle Yeoh (as Evelyn Wang, an embattled Chinese American laundromat owner) and Jamie Lee Curtis (as Deirdre Beaubeirdra, her I.R.S. auditor and nemesis) have hot dogs for fingers. How did that come about?

SCHEINERT We were just high and hungry. No, that’s not true. When we were writing this, we were engineering that particular universe to be the one that pushes Michelle the furthest out of her comfort zone. It was like, how do we make Evelyn hate the multiverse? And so it was like, oh, well, you’re in love with your auditor, and you have floppy useless hot dogs for fingers.

KWAN They’re just dumb ideas. The hot dog fingers idea is something a 5 year old would come up with. The only difference between us and a 5 year old is that we are adults with budgets to actually execute the ideas. A lot of these ideas are really dumb. They’re the kind of thing that anyone could come up with.

You have an extended and weird shout-out to “Ratatouille,” which is already a really weird movie. Instead of a rat under a chef’s toque, controlling his every move, you have a singing raccoon riding atop Harry Shum Jr.

SCHEINERT The hope is that the tiny hat on top of the other hats is the one that makes you cry. It’s not good comedy writing, but it’s fun to play with.

KWAN I think you saying that “Ratatouille” is already a really weird movie is probably why we love that movie, because it is weird. A rat controlling a man by his hair is hilarious and strange. And so that already feels like a hat on a hat. Or maybe a rat on a hat.

SCHEINERT A rat under a hat.

The famous hot dog fingers, which Daniel Scheinert said were devised in response to the question, “How do we make Evelyn hate the universe?”Credit…A24

SCHEINERT Not really. I think our takeaway from the whole exercise of making a movie about alternate lives is that it made me reflect on all the little forks in my life that got me here. How precarious and miraculous the good stuff in my life is. I feel like just one really charming [expletive] friend in high school and my life would just be garbage right now. Just one persuasive butthead who convinces me to join a cult or be a misogynist, and I wouldn’t be here.

KWAN It was the same thing with this film. There were so many moments where we thought the movie was going to fall apart, and those moments ended up making the film better. So it’s like, I don’t want to touch it. It’s not a perfect movie. It’s very strange and messy. But I have no regrets.

What’s coming up for you?

KWAN We might try to make something really small. Just the opposite of this movie, you know, to disappoint all of our new fans. [Laughs] We think a lot about the way the Coen brothers work. Right after they did “No Country for Old Men,” which won the Oscar and is probably one of the best films of the past 50 years, they followed up with “Burn After Reading.” I love “Burn After Reading,” but it’s like a farcical, nihilistic, stupid joke about bureaucracy. I think they’ve been able to build a long career because they’re constantly playing with expectations, and just kind of doing whatever they want to do. I wish, I hope, that we can have that kind of bravery. 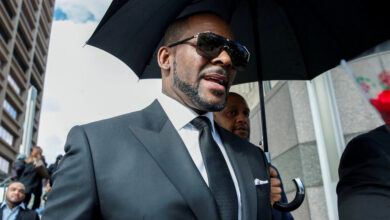 R. Kelly Stands Trial in Chicago: What to Know 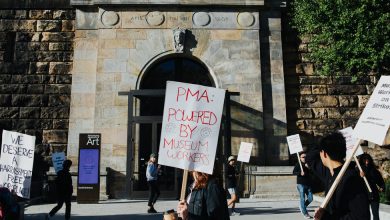 Strike at Philadelphia Museum of Art Is Window Into Broader Unrest 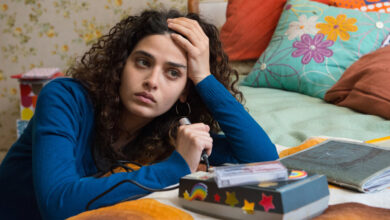 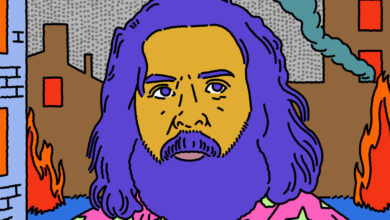 Himesh Patel on the Pandemic, Fatherhood and ‘Station Eleven’