Between network, cable and streaming, the modern television landscape is a vast one. Here are some of the shows, specials and movies coming to TV this week, Aug. 29 — Sept. 4. Details and times are subject to change.

A still from “Keep This Between Us.”Credit…Freeform

KEEP THIS BETWEEN US 9 p.m. on Freeform. This four-part docuseries follows the filmmaker Cheryl Nichols as she re-evaluates an inappropriate relationship she had with a teacher when she was 16-years-old. Through the lens of her own experience, Nichols evaluates the broader, all-too-common cycle of grooming and predatory relationships between teachers and students. Through the four episodes, two of which are airing back-to-back on Monday night, Nichols seeks to identify the factors that allow for this dynamic to continue and answer the question of how it can be stopped.

RISE OF THE BOLSONAROS (2022) 9 p.m. on PBS (check local listings). In 2018, Jair Bolsonaro was elected as the president of Brazil, solidifying the country’s general shift to the right. Throughout his campaign, he used the country’s crime and years of political and economic turmoil to advocate himself as a shift from the status quo while vocalizing his anti-abortion, anti-same sex marriage and pro-police stances. This feature-length documentary charts Bolsonaro’s rise from an unknown military officer and politician to one of the most powerful figures in South America.

STARGIRL 8 p.m. on the CW. Based on the DC Comics character of the same name, the CW version of this character is back for a third season this week. The show, which stars Brec Bassinger as Courtney Whitmore, a.k.a. Stargirl, begins when Courtney moves from California to Nebraska, where she discovers the Cosmic Staff, a rod that gives superpowers, and recruits a group of new superheroes to form a new Justice Society of America. The first two episodes of the third season feature Joel McHale as Starman, the original owner of the cosmic staff, as he trains her on how to garner power and be a good superhero.

WELLINGTON PARANORMAL 9:30 p.m. on the CW. This New Zealand mockumentary is wrapping up its fourth and final season in the U.S. this week; this season (and the series as a whole) finished airing in New Zealand on TVNZ 2 in March. The show follows Sergeant Maaka (Maaka Pohatu) and officers Minogue (Mike Minogue) and O’Leary (Karen O’Leary), who all work in the Wellington paranormal unit and investigate supernatural events such as demon possession and haunted houses. This week’s finale brings the detectives back to the 1990s, where they’ve created a timeline that changes the outcome of events in current times.

CMT STORYTELLERS: DARIUS RUCKER 10 p.m. on CMT. Darius Rucker, the singer and songwriter who was first known as the lead singer of the band Hootie & the Blowfish, is being featured on this one-hour special. After Rucker’s run with his rock band, he went on to create country music, including his hit song “Wagon Wheel.” In this special, Rucker will talk through his career and the inspiration behind different songs. “Storytellers” was revived earlier this spring after its original run from 1996 to 2015 on VH1, featuring musicians like Taylor Swift, The Chicks and Bruce Springsteen, to name a few.

RACE FOR THE CHAMPIONSHIP 10 p.m. on USA Network. In the tradition of “Drive to Survive,” USA is airing a new racecar reality show, but this time with NASCAR drivers. This ten-part series follows the drama on and off the racetrack with the drivers Chase Elliott, Kyle Larson, Kyle Busch, Joey Logano and Brad Keselowski, to name a few. The show will feature 16 drivers as they compete in the NASCAR playoffs — with cameras closely following each race. The cameras will continue to follow the drivers as they spend their time off the racetrack with their children, partners and family.

Cameron Diaz and Matt Dillon in “There’s Something About Mary.”Credit…Glenn Watson/20th Century Fox

THERE’S SOMETHING ABOUT MARY (1998) 5:30 p.m. on FX. After Ted (Ben Stiller) experiences an unfortunate mishap that prevents him from going to prom with Mary (Cameron Diaz), he never gets over her. Years later, he hires Pat (Matt Dillon) as a private investigator to track Mary down — but Ted doesn’t realize that Pat is using his role as P.I. to get information about Mary so that he can date her himself. “The Farrellys display a crazy audacity that’s worth admiring, and they take sure aim for the funny bone,” Janet Maslin wrote in her review of the film. “‘There’s Something About Mary’ may be many things, but dull and routine aren’t among them.”

THE POSTMAN ALWAYS RINGS TWICE (1946) 10 p.m. on TCM. This film noir thriller staring Lana Turner, John Garfield and Cecil Kellaway is the third (and not the last) adaptation of the 1934 novel of the same name by James M. Cain — the previous two were LE DERNIER TOURNANT (1939) in France and OSSESSIONE (1943) in Italy. The story is about a married woman, Cora (Turner), who falls in love with a drifter (John Garfield), and together they plot to kill Cora’s husband. “It is, indeed, a sincere comprehension of an American tragedy,” Bosley Crowther wrote in his 1946 review. “For the yearning of weak and clumsy people for something better than the stagnant lives they live is revealed as the core of the dilemma, and sin is shown to be no way to happiness.”

MCENROE 7 p.m. on Showtime. Fans of John McEnroe, known as one of the best tennis players of all time, as well as for his outbursts on and off the court, will be able to see a more intimate look into the player’s life in this documentary. The feature-length film will feature archival footage that guides McEnroe’s narration about the significant moments in his life and career.

Tags
Show That This Time Will 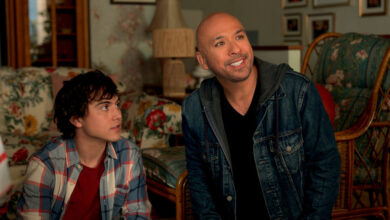 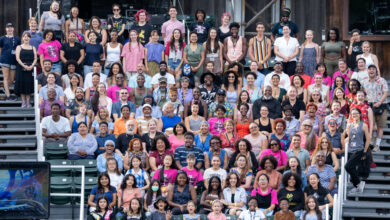 With ‘As You Like It,’ Public Works Aims for a Reflection of Humanity 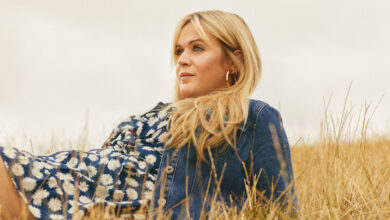 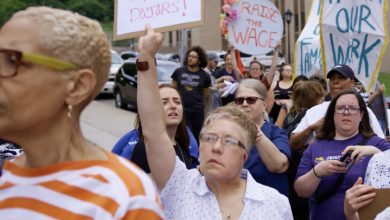