ANTWERP, Belgium — From the outside, it’s difficult to see the impact of the $105 million, 11-year renovation and expansion of the Royal Museum of Fine Arts, one of Belgium’s most prestigious and important museums.

There is no glass pyramid jutting from the sidewalk or new modernist curlicue declaring itself a new wing. The 19th-century museum’s limestone facade with its high neoclassical columns, carved busts and winged horses seems to have had just a good cleaning.

When the building finally reopens on Saturday, however, the public will discover that the interior has been dramatically transformed. Where there once was one museum, visitors will now find two.

As well as the original museum, with a grand hall containing Peter Paul Rubens altarpieces and galleries full of works by Flemish masters, KAAN Architects, a Dutch firm, has added a modern art wing that curators here are calling “the new museum.” Its galleries, with bright white walls and white poured-resin floors, fit seamlessly into spaces of the Royal Museum that had not been used as exhibition spaces before.

“We have these two different worlds, which each has a distinct identity,” said Koen Bulckens, an old masters curator at the museum, during a tour last week. “On the one hand, we have classical art in the classical building with the grandeur of 19th-century public spaces. And on the other hand, this slick, modernist, white-cube museum.”

For a relatively small European city, Antwerp, and the surrounding region, known as Flanders, has had an outsized influence on the history of art, beginning in the 15th and 16th centuries with Jan van Eyck and Pieter Bruegel the Elder. Rubens and Anthony van Dyck later made Antwerp the focal point of the Flemish Baroque. Modernist artists such as the early Expressionist James Ensor, from Ostend, another Flemish city, and Antwerp’s contemporary art star Luc Tuymans, continued to tap into the Flemish tradition of mastering oil paint.

These artists are represented within the Royal Museum’s display, along with a handful of major works by artists from abroad, such as Amedeo Modigliani’s “Seated Nude” (1917) and René Magritte’s “The Sixteenth of September” (1956).

Carmen Willems, the museum’s general director, said that the new design was meant to highlight the institution’s holdings. Nearly 70 percent of its 8,400-piece collection is made up of modern artworks, she said, while only about 30 percent are old masters.

“If you asked people in this region, most would surely guess that it’s the other way around, or maybe even all old masters,” she said. “In Antwerp, everyone knows that the old masters are very present in this museum, but what they don’t know enough is that the modern masters collection is also very impressive.”

A spiral staircase in the entrance hall.Credit…Sanne De Block

The Royal Museum, built from 1884 to 1890, was commissioned to display the collection of Flemish artworks that had been amassed since the 14th century by an Antwerp art guild.

Conceived as a “temple to the arts,” with nods to Greek and Roman architecture, the Royal Museum’s original interior had vaulted ceilings, oak moldings and walls painted in lush, dark hues. Designed to illuminate works using daylight, the building also had four open courtyards and skylights.

Willems said that this open plan, however, didn’t last long. In the early 20th century, windows and roofs were covered, and the courtyards were converted into interior rooms, used as offices and restoration studios.

Dikkie Scipio, the architect for the renovation, proposed converting these former courtyards into exhibition spaces for modern art, and she also added two exhibition halls on the roof. Her design brings back the skylights to let in natural light.

“Daylight in a museum is such a rare thing these days,” Scipio said. “With daylight, God or nature decides whether it’s more gray or more yellow, and the inclination of the light moves slightly throughout the day. You have more connection with the outside world, and I love this principle.”

“The Adoration of the Magi” (1624) by Peter Paul Rubens.Credit…Karin Borghouts

The museum’s famous Rubens Gallery, featuring the Flemish master’s monumental church paintings, “The Adoration of the Magi,” “The Baptism of Christ” and “Madonna Enthroned Surrounded by Saints,” is largely unchanged.

But the “old museum” has been polished and reorganized to emphasize its relevance to contemporary visitors. Before, the display followed a rigid chronology, explained Bulcken, the curator, beginning in the early Medieval period. Now it groups works according to themes, such as “Prayer,” “Suffering” and “Redemption.”

The display pivots in the late 19th century with Ensor’s works. The museum has one of the world’s largest troves of his macabre, surreal masterpieces, which also served as a turning point for Belgian contemporary art.

In the “new museum,” mostly downstairs, works are also organized by themes, such as “Light” and “Form,” and displayed against bright white walls, where daylight pours down through glass atriums. Within these spaces, a few paintings are often clustered together to elucidate a particular artistic concept.

For instance, an early 20th-century country scene featuring a bright sky painted with thick impasto, “Heaven Weeping upon the Rubble,” by the Belgian artist Jakob Smits, hangs next to an abstract artwork made of thousands of nails hammered into a wood panel, “Dark Field,” by Günther Uecker, a member of Zero, a 1950s avant-garde group. These two are displayed with “Calvary of Hendrik van Rijn”a gilded 14th-century crucifixion scene.

Each of these three works emphasizes the artist’s methods of making light seem material, explained Bulckens. “All of them were engaged with the spiritual quality of light,” he said. “One emanates from the heavens, one represents a biblical narrative, and the Zero movement were interested in cosmic light, the vastness of the universe.”

Although the works are largely divided into “old” and “new,” the curators have, occasionally, fit in an anachronistic artwork to playfully defy visitor’s expectations. A little Fra Angelico pops up in a cluster of abstract modern paintings. A Tuymans portrait, from 1992, features in the old masters’ “Suffering” section, near a Pietà.

“We have these two distinct worlds, but we occasionally bring individual works together, and have them communicate,” said Bulckens. “So actually, our museum is a single universe, which has these two worlds, which do not just circle each other, but sometimes come into dialogue as well.”

Tags
Art Modern Said That With 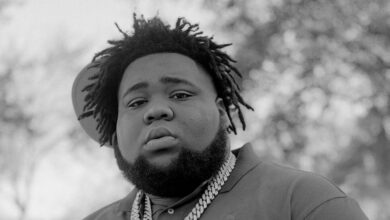 Rod Wave’s ‘Beautiful Mind’ Is His Second No. 1 Album

A Swarm of 13-Year-Olds Took a Broadway Stage. What Could Go Wrong? 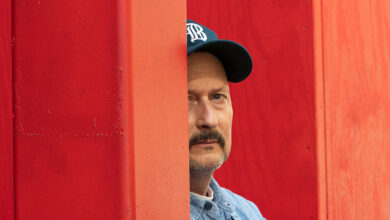 With ‘Tár,’ Todd Field Returns to Directing. Where Has He Been? 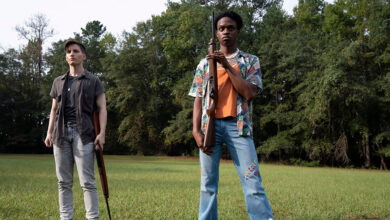