In “Billion Year Spree,” his influential 1973 study of science fiction, the writer Brian Aldiss identified a kind of post-apocalyptic novel that he called “the cozy catastrophe.” These were stories about the end of the world in which a resourceful survivor — usually a British man from the middle class — puts together a relatively comfortable life for himself in the ruins. Although the genre is often associated with the work of John Wyndham, especially “The Day of the Triffids” (1951), Aldiss traced it back to THE HOPKINS MANUSCRIPT (Scribner, 385 pp., paperback, $18), by R.C. Sherriff, which first appeared in 1939. Reissued this month, this wonderful novel should powerfully resonate with readers whose consciences are troubled by inequality and climate change. As Aldiss wrote, “The essence of cozy catastrophe is that the hero should have a pretty good time … while everyone else is dying off.”

Aldiss described the cozy catastrophe as a narrative that traded in “anxiety fantasies,” of which Sherriff had plenty of firsthand experience. Born in 1896, he was working as an insurance clerk in London when the First World War erupted. After arriving as an officer in France, he found himself strained to the breaking point by the tension on the front lines. In his memoirs, Sherriff recalled, “I told myself that the average man in the ranks, who had no education — did not have these awful nameless fears. I told myself this in defense of myself — I told myself that whatever I enjoyed by way of better comfort, I paid out again in mental dread.”

R.C. Sherriff in his officer’s uniform during World War I, circa 1917.Credit…Pictorial Press/Alamy

When Sherriff was wounded badly enough to be sent home — a shell struck a concrete pillbox, driving splinters into one side of his face — it came almost as a relief. After the war, he worked hard at becoming a playwright, but it took him years to confront his memories of the trenches. His 1928 play “Journey’s End,” which was set entirely in an officers’ dugout, vividly captured the combination of dread and boredom that its author had been unable to endure. Its main character, Stanhope, explains that the stress of waiting for the bombs has driven him to drink: “I couldn’t bear being fully conscious all the time.”

“Journey’s End” was a surprise hit. The first brief run was directed by James Whale and featured a young Laurence Olivier as Stanhope, after which the production changed theaters and lead actors; the play’s success allowed Sherriff to move into a handsome country house with his mother. (His biographer, Roland Wales, says that he never seems to have had a romantic relationship with anyone.) In 1931, he published “The Fortnight in September,” a nearly perfect comic novel about a family’s trip to the seaside, and, two years later, was recruited by Whale to write the script for Universal Pictures’ adaptation of “The Invisible Man,” by H.G. Wells. It was Sherriff’s first professional brush with science fiction, and a few years later, he embarked on an even more ambitious attempt at the genre, as the world seemed on the verge of repeating the mistakes of the Great War.

“The Hopkins Manuscript” opens with a foreword by the Imperial Research Press of Addis Ababa, which states that the text that follows was discovered in a thermos flask “in the ruins of Notting Hill.” More than 800 years have passed since an unspecified cataclysm caused the end of Western civilization, and all records of Britain since the time of Julius Caesar have been lost, apart from a few stray fragments, such as a tablet commemorating the dedication of a public swimming pool in North London. Scholars of ancient history, the foreword notes, hoped that the manuscript would shed light on England’s final days, but they were disappointed to find nothing but the testament of “a man of such unquenchable self-esteem and limited vision that his narrative becomes almost valueless to the scientist and historian.”

As the story begins, the reader has little reason to question this statement. Edgar Hopkins is a retired schoolmaster in his early 50s who lives on an estate near the village of Beadle, where he breeds chickens for poultry shows. As an associate member of the British Lunar Society, he is among the first to hear the news that the moon is expected to collide with the earth in just under seven months. The science of the looming disaster is left deliberately vague — the moon’s departure from its habitual orbit is attributed to “some gigantic force” — and Hopkins is unable to believe that anything bad will really occur: “My vanity persuaded me that God would never permit the world to end until I personally had finished with it.”

The premise might remind certain movie fans of Roland Emmerich’s recent “Moonfall,” which offered the reassuring sight of Halle Berry outracing a tsunami in a space shuttle, but Sherriff has very different intentions. Like Kazuo Ishiguro, a noted admirer, Sherriff is a master at framing a story through the narrator’s circumscribed point of view, and the novel would still be enormously readable — and funny — if it were nothing but an exercise in voice. Halfway through, however, it pulls off a subtle tonal shift. As the moon grows closer, Sherriff paints an uncomfortably familiar picture of a society in denial. Some insist that the moon actually looks smaller, while others claim that the whole issue is overblown: “Nothing would happen, but if it did, it would happen in China where that sort of thing always happened.”

When the moon crashes into the Atlantic Ocean, it produces devastating storms and flooding — evocative of news footage of the aftermath of hurricanes — that drown most of the local villagers. As Hopkins rebuilds his life with two young neighbors, he feels the warmth of human connection for the first time, but his idyll is inevitably destroyed. Like the colonizers of an earlier age, the world’s nations divide up the moon by drawing lines on a map, only to find that it contains vast mineral riches. Naturally, this leads to the rise of a new wave of demagogues. “Most of them were worthless adventurers,” Hopkins remembers, “greedy for wealth and power, their only claim to attention a loud voice and endless cascades of words.”

The consequences for Hopkins are tragic and moving, but the novel’s message would soon be overwhelmed by the emotions of World War II. Sherriff spent much of the rest of his career scripting films with patriotic themes, including “The Dam Busters,” which combined technology and heroism so convincingly that it influenced both “Star Wars” and “Top Gun: Maverick.” “The Hopkins Manuscript” was comparatively neglected, perhaps because it was published before atomic weapons transformed the genre forever. If Sherriff, who died in 1975, had written it a decade later, the bomb would certainly have figured in its final act, although the book implies that humanity is more than capable of destroying itself with whatever means at its disposal.

In the 1970s, Aldiss dismissed Sherriff’s novel as “a period piece,” but the passage of time has clarified a crucial point about the cozy catastrophe. The genre’s “coziness” — its dream of a better life for the survivors — exists only to be disrupted by the resurgence of militarism and nationalism, and Sherriff’s warning that authoritarian leaders will use any crisis to advance their goals is disturbingly relevant today. Thanks to wealth and geography, a privileged minority can insulate itself from the worst for a long time, but not forever. As the novelist William Gibson supposedly said: “The future is already here. It’s just not evenly distributed yet.” This is also true of catastrophes, which can feel very cozy indeed — right until the moment they don’t.

Alec Nevala-Lee is the author of “Inventor of the Future: The Visionary Life of Buckminster Fuller.”

Tags
That War Was Which With 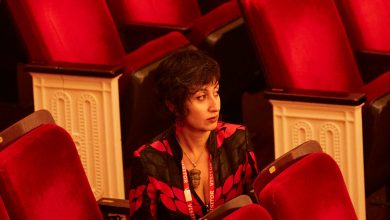 They Were Ahead of the Curve on Diversity in Classical Music 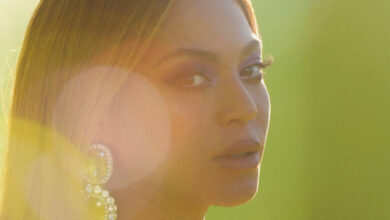 The Robust Return of Beyoncé 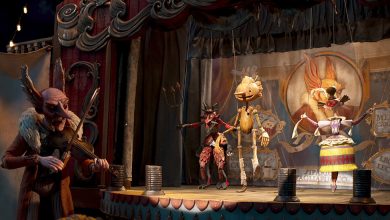 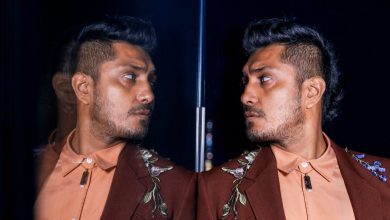 Tenoch Huerta Mejía and the Beauty of Representation in ‘Wakanda Forever’