When you get the opportunity to see a bunch of operas in quick succession, the canon starts forming narratives for you.

It suddenly seems obvious that Cherubini’s “Medea,” from 1797 — with which the Metropolitan Opera opened its season on Tuesday — found a germ of inspiration for its title character in the similarly jealous, witchy Elettra of Mozart’s “Idomeneo” (1781), which the Met performed the following evening.

And if you, like me, were in the house once more on Thursday to complete this little marathon, you would have felt that Katerina Ismailova, the murderous, defiant antiheroine of Shostakovich’s “Lady Macbeth of Mtsensk” (1934), had been conceived in the tradition of Medea: a woman who earns our sympathy even as her crimes repel us.

What a week. Three of opera’s most memorable scores, each distinctive, none overfamiliar, all performed with care and passion.

The standards that dominate the repertory have not been banished: “Tosca” returns next week, with “La Traviata” to follow a few weeks later. But this opening trio shouldn’t be ignored by newcomers wary of rarer titles; any of these pieces could be enjoyed by anyone. It’s not just the chestnuts of Puccini and Verdi that are capable of speaking to a broad audience.

Nearly 30 years later, it remains one of the Met’s most vivid shows, and this scorching revival is an apt tribute to Vick, a visionary artist and opera company leader who died of Covid-19 last year at 67.

The tenor Brandon Jovanovich sang with tireless brashness as the man-child Sergei, whose affair with the bored Katerina ends up ruining them both; the bass-baritone John Relyea growled powerfully as the father-in-law she poisons before she and Sergei kill his son. The chorus threw itself into the raucous staging, and the peppery supporting cast included Goran Juric (appearing at the Met for the first time, as a gleefully sinful priest) and Alexander Tsymbalyuk (a flood of sonorous earnestness as the Old Convict).

But the opera is dominated by Katerina, its scheming Lady Macbeth. In an excellent Met debut, the soprano Svetlana Sozdateleva is seen-it-all yet soulful, and often magnetically still, as if dazed by the world veering around her. Her voice becomes strident and slicing as it rises in pitch and intensity, but it’s never ugly. When Sergei first seduces Katerina and she limply resists, singing, “I’m a married woman,” Sozdateleva conveys the line’s strange cool tenderness; it’s not sincere, but it’s not a joke.

Also making a notable company debut was Keri-Lynn Wilson, on the podium. While Wilson, who is married to Peter Gelb, the Met’s general manager, is an experienced conductor, there were some grumbles when the season was announced about a plum gig going to the boss’s wife.

But the quality of her work on Thursday spoke for itself. Shostakovich’s huge score surges from brooding quiet to deafening fierceness, and Wilson led the orchestra in those shattering brassy marches without being overbearing, and in the stretches of stunned lyricism while keeping the music taut and tense.

Indeed, the subtlest, most plainly beautiful passages were among the best, like the glistening dawn as Katerina and Sergei woke up after the Dies Irae-ish crashes of her father-in-law’s funeral, and the soft, grim brooding of the convicts on the way to Siberia in the final act. Some frenetic scenes hadn’t yet settled into lock step on Thursday, but this was a very fine performance.

Another maestro, Manfred Honeck, also made an impressive Met debut on Wednesday, in the aching melodies and choral grandeur of “Idomeneo” — like “Medea,” a story out of ancient Greece. James Levine brought this opera, about a royal family’s agonies in the face of Neptune’s demand for a human sacrifice during the Trojan War, to the company for the first time, in 1982, and he single-handedly willed it into something of a perennial here. (By the end of this run, it will have had just shy of 80 performances.)

Though Mozart is now often the precinct of early-music specialists, Honeck, who leads the Pittsburgh Symphony Orchestra and is a frequent guest across Lincoln Center’s plaza at the New York Philharmonic, is in Levine’s tradition of big-orchestra Classicism: full-bodied, with rich vitality, but without the racing cat-feet tempos that are fashionable these days.

Jean-Pierre Ponnelle’s neo-Classical staging is still imposing at 40, and clever in its play of ruins and scrims. The soprano Ying Fang, indispensable at the Met in Mozart, sings with both silky warmth and agile sparkle as Ilia, a Trojan princess in love with Idamante, the prince of Crete, where she’s been taken as a prisoner. As Idamante — marked by his father, Idomeneo, as the sacrifice to Neptune — the mezzo-soprano Kate Lindsey’s tone was elegantly hooded, a little smoky and shadowed.

Making his de facto Met debut in the opera’s title role, after a pair of Berlioz concert performances with the company early in 2020, the tenor Michael Spyres sounded freer than he did as Idomeneo at the Aix-en-Provence Festival in France a few months ago.

But despite the graceful clarity of his declamation and the sweetness of his tone, he did not sound entirely comfortable in the long phrases of the aria “Fuor del mar,” and his extension into the upper reaches of his voice at the end of that number didn’t soar. (The fiery diction and burnished sound of the tenor Issachah Savage, in a small role as the High Priest, spoke to his potential future as an Idomeneo.)

The soprano Federica Lombardi is even stronger floating phrases than she is spitting anger as the lovelorn, vengeful Elettra. This Greek princess is the opera’s strangest element, a force of wildness lurking on the outskirts of the plot. She feels like a character in search of an opera of her own — and she’d find it, in a sense, 15 years later, in “Medea.” 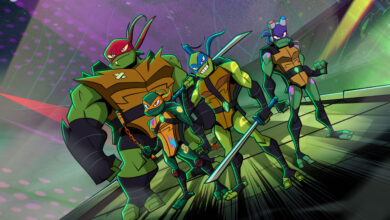 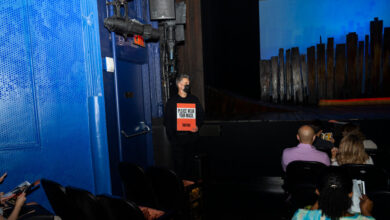 To Mask, or Not to Mask: Theaters and Concert Halls Face a Dilemma 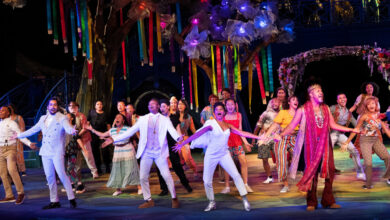 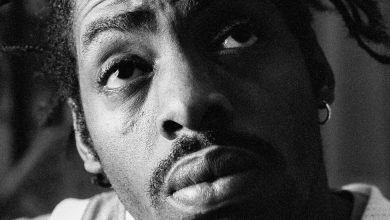